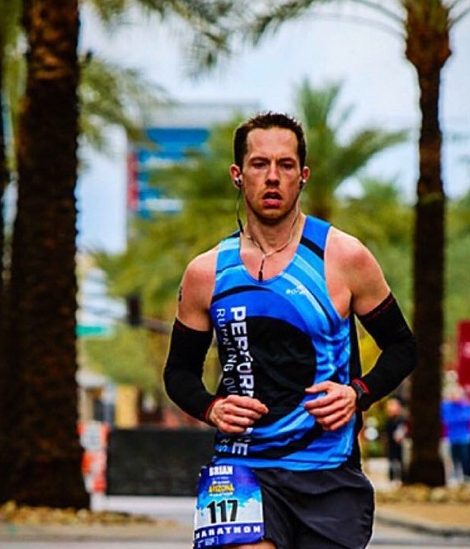 Running Is Stupid, So Why Do I Do It?

Running is stupid. That’s probably the last thing you’d expect me to say. But let’s be real for a minute – it really is. So, what makes running stupid? There are almost too many reasons to list!

Running hurts. Anyone who tells you otherwise is either lying or not trying hard enough. When you start running your whole body hurts. If you are doing a hill workout, your legs hurt as you progress through it. Running in the heat? It’ll feel like you’re pulling a corpse behind you (and if it’s hot enough, people will actually tell you that you smell like a corpse!). Speaking of smelling like a corpse – I can’t even begin to describe the laundry situation.

There are several days per week when my fiancée and I are both doing two workouts a day. That’s four sets of workout clothes each day festering in the bottom of the laundry basket. Sometimes, doing laundry, I’ll pull out a tank top that’s still wet, six days later. The smell is indescribable. It’s like getting hit in the face with a shovel. A damp, stinky shovel. How about running in the cold? Your lungs will burn and you’ll get to feel the magic sensation of peeling dried/frozen snot, sweat, and drool from your face.

The physical pain is just the beginning. The mental pain of running is much worse. At maximum effort, your brain will constantly send you messages that you are overexerting yourself and that death is imminent. These signals manifest themselves in many different ways, but the ultimate goal of the brain is to trick you into slowing down. When most runners receive these signals, they obey them and slow down. Sure enough, after slowing down, the brain says, “Oops! I guess we weren’t about to die. Go ahead and run again!” Except by that point, you’ve slowed enough that your goal time is blown, which brings a different type of mental pain: regret. “I missed my goal time by 45 seconds!

Why couldn’t I ignore millions of years of evolution of my brain!?” We’ve all been there, and trust me it hurts far worse to slow down than it does to press through those initial pain signals. Or how about training for a race for months…being meticulous doing everything right. You are in the perfect position to win or set a PR. On race morning, it’s 84 degrees with 91% humidity at 7 a.m. That’s a punch in the gut that hurts? 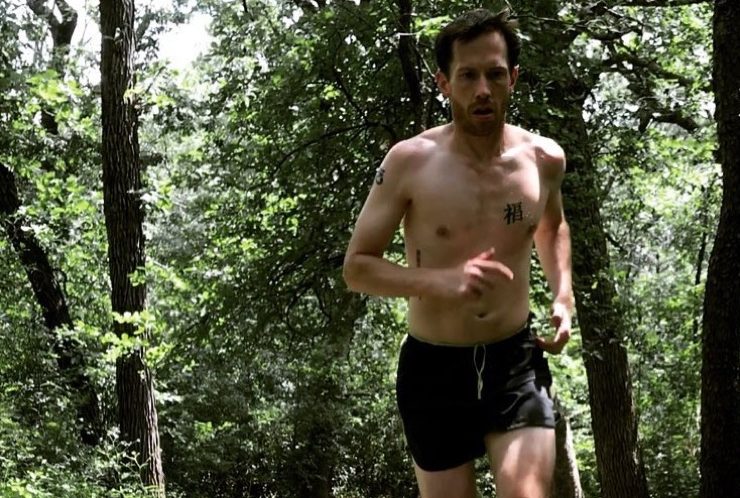 “Running is a great hobby! All you need is a pair of running shoes and you’re ready to go!” That’s another dirty lie runners use to trick people into thinking running is great. First of all, a pair of running shoes isn’t enough. Most running shoes have a life of 300-400 miles. For people running 80 mile weeks, that’s a new pair every 5 weeks (at most). I’d make a bet that anyone running 80 mile weeks isn’t running in $12 shoes from Target. $100 is the absolute low end of good running shoes unless you find some miracle sale. That’s $1000 on shoes annually, minimum.

In our closet, there are currently 18 pairs of shoes. You need your road shoes, trail shoes, other trail shoes for when the trail is muddy, road shoes that have 400 miles on them so you can’t run in them anymore but they still look brand new because they are only five weeks old so you wear them to the grocery store shoes, and other road shoes that you wear when it’s rainy. Oh, and maybe treadmill shoes. But shoes are just the beginning. Would you like to race and get a sweet medal? That’ll cost you. Race fees can be more than $200, not to mention costs of traveling, other gear you need, etc.

Perhaps the biggest shock to me though was the grocery bill. Runners, on the whole, eat nonstop. I consume 3500-4000 calories/day. That’s a lot of groceries. So when someone tells you that running is cheap, laugh in their face and call them a dirty liar!

I could go on for pages talking about all of the things that make running stupid. How many baseball players do you know that hit the field with toilet paper in their pockets, “just in case”? How many tennis players have fallen asleep standing up while playing? I have a friend who, on two separate occasions, dealt with varying levels of blindness during a race. A combination of distance and altitude led to ocular malfunction. 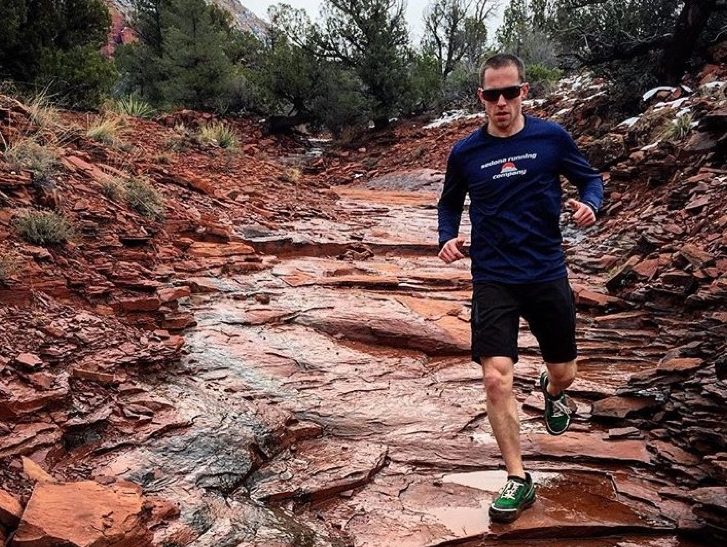 My only 50-mile race, Monument Valley 50, further illustrates the stupidity of running. After climbing above the valley and starting single track back down, I turned a corner at about mile 45, and in front of me was a 1,000-foot-tall sand dune, with flags running right up the center. I loudly said the F word, and began trudging up the dune. I reached the pinnacle, and again said the F word (that word is so cathartic, especially when you realize you’ve narrowly escaped turning into a cartoon-style skeleton on the desert floor). I ran a few minutes and needed to empty my shoes. I saw a rock off the side of the trail. As I sat back on the rock, I placed my hand down to stabilize myself (remember, this about mile 45) directly into a cactus – a tiny little cactus with approximately 24-million needles, all of which ended up stuck in my hand.

Here I am: 14 pounds of sand in each shoe, tired, dirty, and ready for this to be over. Now I’ve got a hand full of cactus needles. As I begin removing them, two people pass me. Well, no one is going to beat me for 29th place at this 50-miler! To hell with the needles, I’ll solve that problem later! At one point, I thought it made sense to spit on my hand as some sort of lubricant to help the needles out of my palm (spoiler alert: it didn’t help). But this is how a runner’s brain functions. This is totally normal, sane behavior. If I was in the hunt for a podium, it makes sense. But I wasn’t. I’m a mid-packer who had every reason in the world to take the extra five minutes and ensure I was ok. Four months later, there is still a needle buried in my palm. I’ve named him Spike, and he reminds me how much fun that day was!

So why do I do it? Why am I out there six days a week, usually before 4 a.m., making myself uncomfortable? Why do I and millions of other people willingly subject ourselves to it? I can say that for all the pain, sadness and frustration I feel, there is nothing that makes me feel better. I look at where I was three years ago, overweight and not able to run a mile, and now I’ve done races of all distances! It allows me to clear my head. It’s a time to think, or to go blank. Listen to your breath, nature or music. Running has taken me many places – down the Las Vegas Strip, to Europe, to running up a mountain in Japan, and everywhere in between. It’s who I am. It hurts like hell, but it’s a pain that I wouldn’t trade for anything on this Earth.

So very true! And as far as cost you didn’t even include the GARMINS!

Great review … You read my mind .. Greetings from Arequipa Peru

<3 you for grammar correction

Not to mention the wonderous social world running opens up for us! Connection with others brings happiness. Add that to the endorphins and the meditation- it feels good!

Great writing. Loved it too! Thanks for writing!