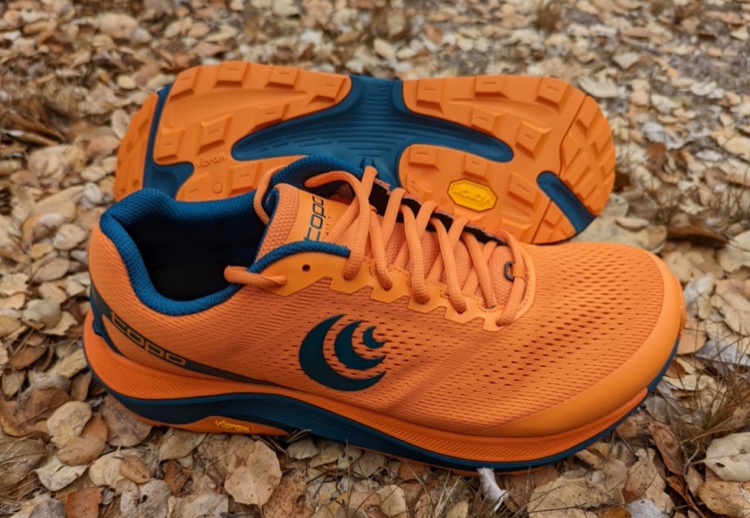 With significant updates to Topo Athletic‘s best-selling trail shoe, the Ultraventure 3 was built for athletes seeking a cushioned and comfortable option for mild to moderate terrain. It’s a dependable, workhorse-style shoe that can handle long runs, high volume training and ultramarathons on all but the most technical trail environments. The most noticeable changes to the third version of this trail shoe include a larger stack height, lightweight Zipfoam compound in the midsole, increased toe sweep and a revised Vibram outsole. Despite their increased stack height, the spec weights for the men’s and women’s models are lower than the previous editions.

A new, engineered mesh upper doesn’t feel remarkably different than previous versions—it’s soft and flexible, breathes well in warm conditions and dries relatively quickly. The difference lies in what you can’t see, as the percentage of recycled components has increased. Topo claims that each pair of shoes uses the equivalent of three 750 ml plastic bottles, which reflects their recent sustainability initiatives, such as the use of recycled mesh in over 80% of their product line, boxes made from at least 85% recycled content, Ortholite foam insoles made of recycled content and no added plastics or hangtags on their products. 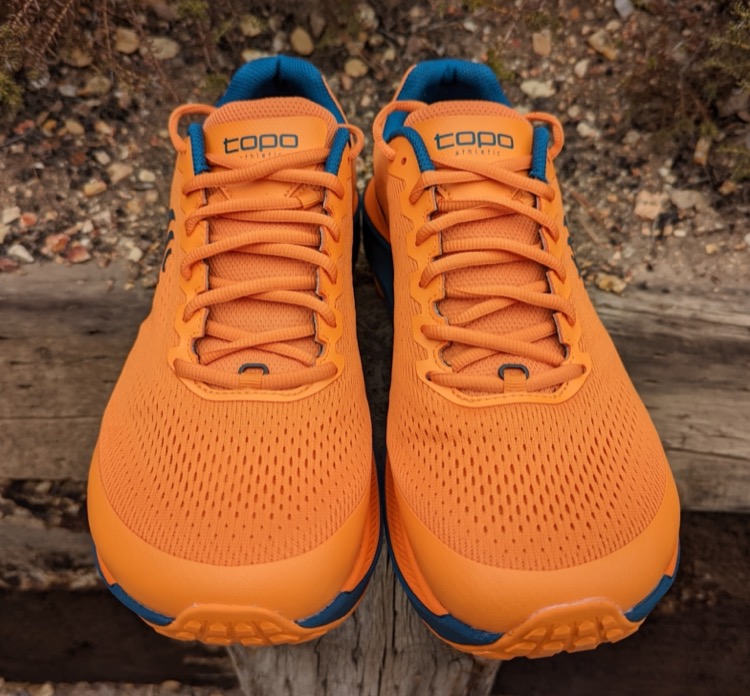 The most obvious changes to the Ultraventure 3 are clearly in the midsole, thanks to stack heights that are a full 5mm taller in the heel and forefoot than the Ultraventure 2. To counteract the increased stack height, the overall platform width has been increased to maintain a stable ride. All this additional midsole compound increases the plush factor of the Ultraventure 3 on long runs without feeling any heavier than before. The weight savings is primarily due to the use of Topo’s high performance Zipfoam, the lightest compound in Topo’s lineup, that provides a nice balance of cushioning and energy return. The heel-toe drop of the shoe stays the same at 5mm, but the midsole geometry is somewhat altered in an increased toe sweep that accentuates the forward roll from midfoot to toe-off. The lacing system keeps these uppers secure against the platform, along with very thin TPU overlays in the heel area. 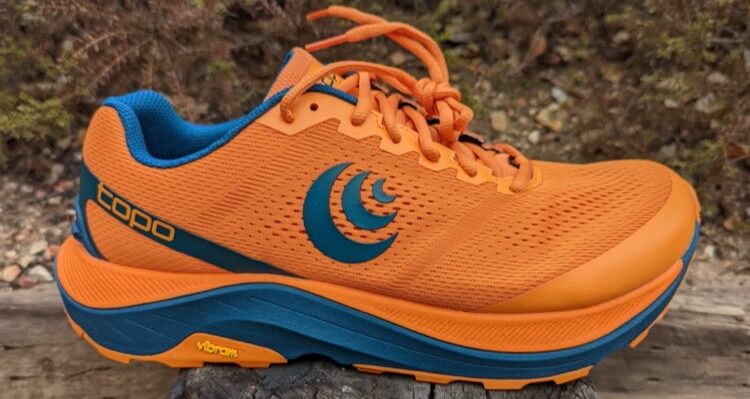 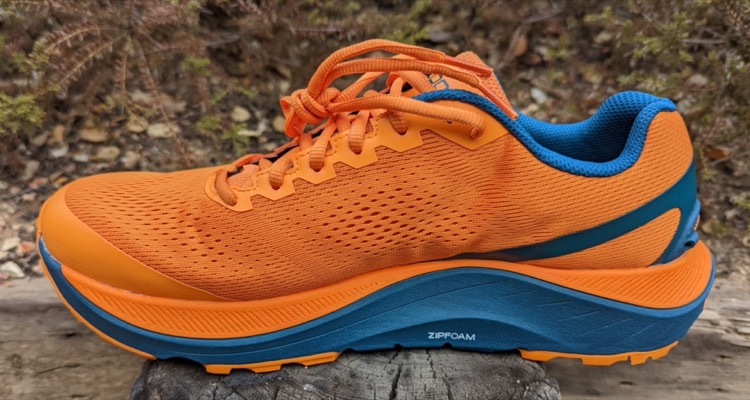 Between the thicker stack heights, new midsole compound and modified rocker geometry, the overall ride of the Ultraventure 3 is recognizably different than its predecessor, and mostly for the better. The increased cushioning works well for preventing the cumulative impact trauma of extensive hours or miles on the trail; in that regard, the Ultraventure is now in the same category as the Nike ZoomX Zegama, Altra Olympus or HOKA Stinson. The Zipfoam compound and rocker geometry add a nice measure of responsiveness to the shoe, so you don’t have the squishy feeling of some max cushion shoes. We were mostly concerned about the Ultraventure’s ability to handle downhill technical terrain with the higher platform, but in our testing they remained very stable. Nevertheless, you may require an adjustment period to get used to the extra 5mm of material underfoot and initially find yourself scuffing the bottoms on small obstacles. 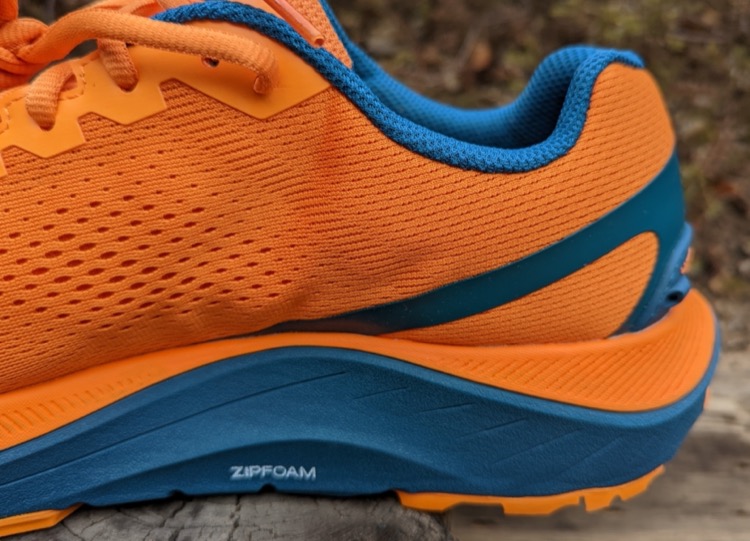 Conversely, on the underside, the outsole loses a bit of height on the Ultraventure 3. The lugs are about 1mm shorter than the previous version and more spread out across the bottom of the shoe. The overall surface area is also less, as there is a large cutout section in the midfoot and smaller flex grooves in the forefoot and rearfoot. Using less overall rubber helps decrease the weight of the shoe, and the grooves allow for greater flexibility. The compound itself is the same highly durable Vibram XS Trek EVO that was found in the previous version, but the lower profile lugs on the new version aren’t quite as aggressive, which is why they’re not ideally suited for extreme terrain. However, that’s a minor limitation in what is otherwise an outstanding overall shoe for ultra-long adventuring.

The Topo Athletic Ultraventure 3 is available in men’s and women’s versions from www.topoathletic.com.