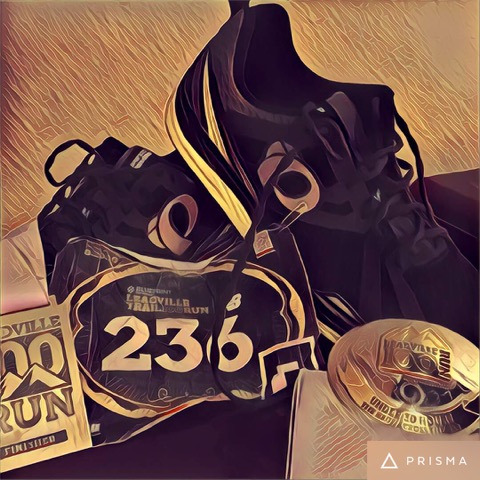 Pearl Izumi and their Runners

Like any runner alone on the trails, you make friends and talk about things runners talk about: shoes, poles, clothing, fuel, food and beer. Those bonds grow and materialize into friends taking care of friends, or so that is my story and very brief introduction to Pearl Izumi.

I met a runner who had connections with Pearl Izumi and who wanted to get me a pair of shoes to try at one of my upcoming races. I told them that if I liked the shoes during testing, I would possibly wear them at some point during the Leadville 100 trail race. When push came to shove I was running the last 25 miles of the Leadville 100 in a brand-spanking-new pair of Pearl Izumi M2s. This is the story of how I got there and how I fell in love for a quick minute, only to be left at the altar by Pearl Izumi who essentially stated their demands as being greater than the consumer.

Wednesday of the week leading up to the Leadville 100—or in my view, the Super Bowl of Running—a pair of Pearl Izumi M2 trail shoes were delivered to my front door. Before I had a chance to even take these shoes for a spin around the block, some sad and disturbing news hit the wire on Thursday about Pearl Izumi. It appears that Pearl Izumi will be discontinuing their trail running products and focusing their efforts on cycling. It was too late, I was already committed, so on Friday in Leadville I took the shoes out anyway for a nice 4–5 mile romp to get my legs going and see if the shoes could support me in the Leadville 100 starting the next morning.

It was a very wild and dynamic week for anyone in and around Pearl Izumi but extremely sad for my friend who now was looking for a job. Some of the thoughts that raced through my head included the typical “why.” Why would they put so much effort into a product only to walk away a couple years later? There had to be more to the story, which I am not going to look into here. But it really provides you some good things to think about during a nice 100 mile run! Maybe it will be like new Coke and there will be a change of heart, but I won’t hold my breath and recommend you don’t either.

On the “inbound journey” of the Leadville 100, after spending eight hours going up and over Hope Pass twice, I was sitting at the Twin Lakes aid station going through my planned shoe change. I had switched to the new Brooks Cascade 2189 Scott Jurek special edition/tribute shoes, from his famed Appalachian Trail journey. My plan was to wear these shoes until I finished the race some 40 miles later. I had started the race in a pair of Hokas from the start to Twin Lakes. This was just another change for me to keep things fresh, based on my feet and the terrain. However, after about 15 miles I’d had enough of the Brooks Cascadias because they were rubbing my feet wrong and I was getting hot spots on the bottom of my feet and discomfort on the top of my feet. The bottom line was I wasn’t feeling it, and if you have any mental doubts then you need to act reasonably quick. It had reduced me to not a lot of running, so I was done and my decision was made. At the outward bound aid station I asked my crew for my trusty Hokas but my crew said they were wet and not ready. So they brought me my emergency pair of shoes, my Pearl Izumi M2 trail shoes. There began my quick affair with the M2.

The Pearl Izumi running line has been around for about 13 years now and you might say it has taken them 13 years to narrow down to a quality product, but I won’t say that because I didn’t wear them the previous 13 years. I am new to their shoes but quite familiar with their very good product and clothing lines. They are renowned for their quality clothing and I have used their warm arm sleeves for some time now, specifically during two Leadville 100s. Their tights, pants, and shorts can also be seen all over running trails and courses as they are a very popular choice with both men and women. Inside Pearl Izumi the running section made up about 12% of the company’s sales and effort. You could argue they were never vested into the running scene which is funny since the company is based in Louisville, Colorado close to thousands of trails and famous road and trail races. But i won’t make that argument because in the past couple years they made significant strides – no pun intended – and had some all-star ambassadors and athletes representing their company and really bringing it to the front of the running community, especially in the trail running community.

There are over 20 competitive running shoe companies that cater to the road and trail. Maybe this was one of the areas they felt hindered their ability to gain ground on some of the larger companies. I would say though, smaller companies do put out some great products and can compete at a smaller scale with the large Nike or Adidas behemoths. I would rather wear a sack of rice on each foot than a pair of Nike shoes, but that is my personal opinion.

As I closed in on the finish and 25 miles of testing my Pearl Izumi M2s, I realized my feet felt amazing. I was hurting in plenty of other places like my knees, hips, and back, which all spelled HOPE PASS, but my feet were in superior comfort mode. I didn’t have a single blister on my feet. My feet were able to expand in the wide toe box and have some space for comfort without sliding around like they were to big. A bruised toe nail from earlier in the race was able to relax and not sustain additional pain thanks to the extremely soft feel of the M2s. The shoe’s tread was equally as pleasant and felt like I had a rock guard in the shoe because little rocks were not bothering the bottoms of my feet. I was happy my crew had found these shoes in my emergency box and super-pleased at the performance of the shoes up and over Power Line to the finish!

It was a short-lived enjoyment however, because as I sat back I realized these shoes were going away. I debated not even writing this piece because who cares, right? Maybe this will reach one person at Pearl Izumi and they will realize that maybe making the shoe they thought wasn’t right really was right for a couple of people and that the value of the dollar at the end of the day isn’t the only driving force in life. At the end though, our equipment will change and our races will change, but we will still come together to find each other on long crazy runs that test us.

The Pearls have been my favorite running shoes for the last two years. I am crushed that they are being discontinued. I am stocking up on every pair of 7.5s I can find though. By the time i run through all of them perhaps I will have found a new Cinderella shoe!

Right there with you! Same size too 😉

Thank you for writing this! I’ve been running in Pearl Izumi shoes for 2 years now after so many years of disappointment with other brands. Not sure what out there is similar and I am not looking forward to starting all over. I truly hope they change their minds.

I’ve got three unboxed pair of N2 V2s I grabbed online after the fateful announcement two weeks ago. It’s been my go-to shoe for long runs for about 3 years, including a blister-free hundo in July (I lost only one small nail — Remarkable!). I’m hopeful for a new Cinderella also, but not holding my breath either. We should start a support group …

After finding Pearl Izumi M2N2 trail and road shoes my feet have been so happy. I am so disappointed in the idea of starting the shoe search over again.

This article should be renamed, “I Ran in Pearl Izumi’s Once”.

This is devastating news…I have gone through EVERY brand of trail shoes and these are the ONLY ones that leave my feet happy!!!! I really, really hope they reconsider!!!!!