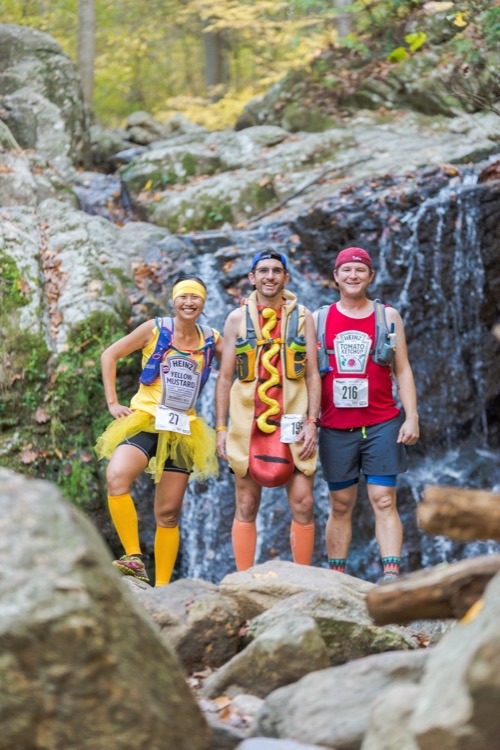 At all of the White Oak Running Company races, race directors Ryan Foster, Mario Raymond, and I want to focus on each runner’s experience and make sure that they have all they need to have their best day. The fourth running of the Patapsco Valley 50K was by far our best day. We had a record number of entrants, starters, finishers, volunteers, spectators, sponsors, mileage, river crossings, photographers, snacks, Red Bull, finish line revelry, beer, food, swag and fun. 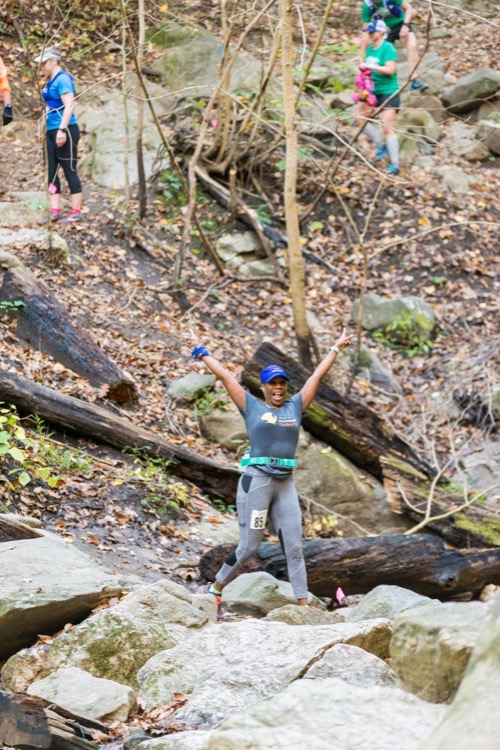 The course has been improved slightly with each running, but this year we added several miles of new re-routes due to a dam removal project. This was only possible thanks to trail crews made up of runners and mountain bikers that opened up some really sweet single track. The course was made just a bit longer than in previous years and added a river crossing! All of the improvements afforded the runners all the encouragement they needed to take a little longer on the course. 245 runners were able to reach the finish before the 10 hour cut off expired and become official finishers. 14 runners persevered to complete the course in more than 10 hours to become unofficial finishers. 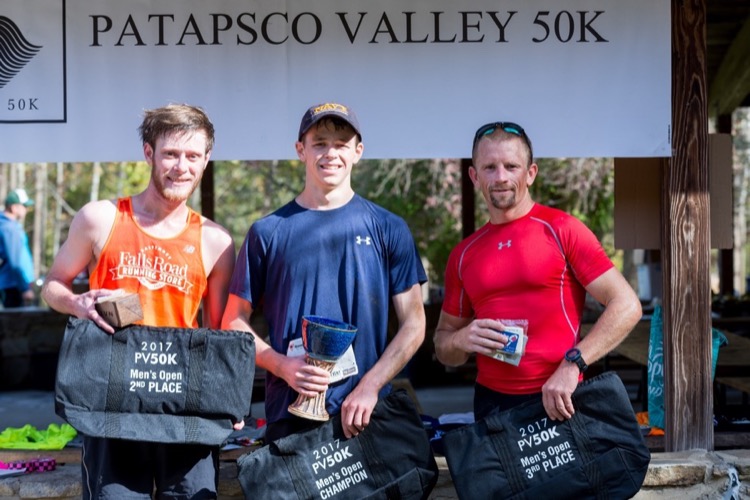 The top three men and women in open and masters categories received podium awards for their proud work. Beyond the podium awards, every finisher is able to choose a hand-made mug from local potter, One:Eleven Pottery. This year, the first 100 finishers were also awarded a special cookie with our race logo printed on it from the inimitable Wicked Good Cookies. The last 50 finishers were awarded a sweat band from Brooks for suffering the longest in the heat of the afternoon.

We have three very special awards at our race. The middle of the pack award is given to the median finisher of the race. The 123rd finisher, Rebecca Aig Konstandt won a free pair of shoes from Brooks. We also award the happiest runner. From packet pickup to the last finisher, we ask all of our race staff to take note of the bib number of any runner that stands out as especially happy and friendly. This year, Ryan Goverts ran every mile of the race in a hot dog costume with a big smile on his face to earn his free pair of shoes from Brooks and a “Run Happy” Brooks hat. In the tradition of the Tour de France, our final award goes to the last official finisher of the race. This year, Gregory Milburn won our Lanterne Rouge. By enjoying the official course longer than everyone else, he earned a red race shirt with the Lanterne Rouge logo, a Lanterne Rouge printed cookie, and a cookie gift box from Wicked Good Cookies.

All of this was really just pre-game for the BBQ! RD Mario Raymond is a chef and prepared enough pulled pork, vegan chili, coleslaw, and pasta salad to feed twice as many runners. There was enough beer, water, soda, and Red Bull to keep everyone at the finish line.

Next year’s Patapsco Valley 50K registration will open on or around 04/01/18 and be held on 10/27/18. Check out www.whiteoakrunning.com for other races, registrations, and information. 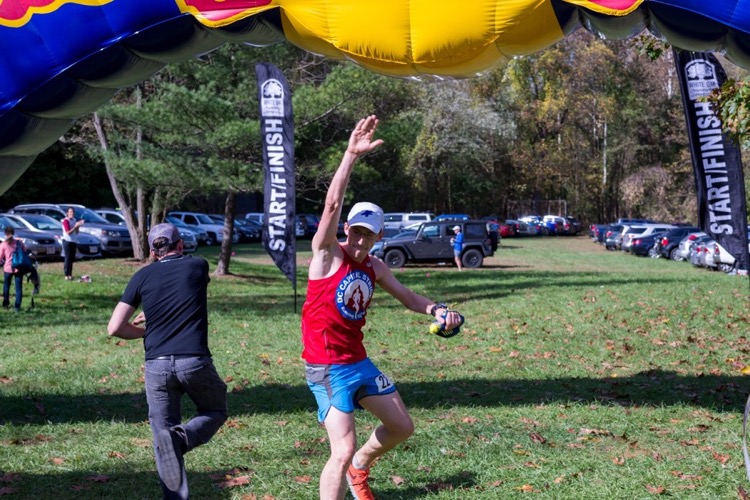