The first time runners pass through IMTUF’s Willow Basket intersection around mile 83, they stay to the right. In 2017, Ryan Kaiser went left.

Under course record pace and leading the race by over an hour, Kaiser ran into Willow Basket expecting to find an aid station and volunteers cheering him on. He was looking forward to seeing some friendly faces after hours alone in the remote Payette Wilderness, and he needed to fill his bottles and take in much needed calories in order to grind through the remaining 20+ miles.

But to Kaiser’s surprise, he didn’t notice an aid station where he expected one, only darkness. So, as any ultrarunner would do, he kept running—all the way to the finish. 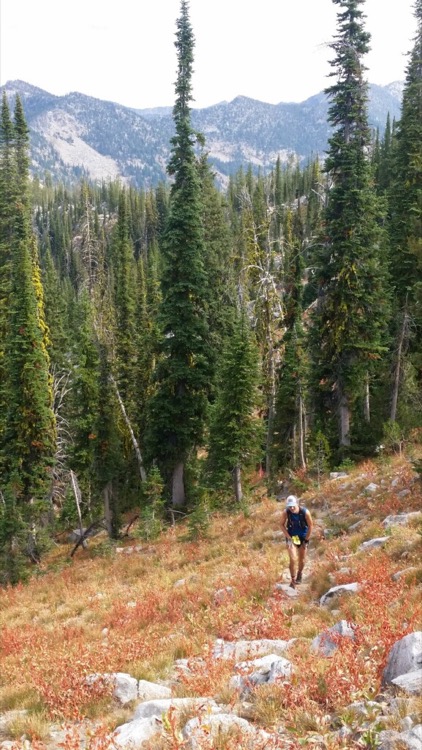 Unfortunately, the finish line came 10 miles too soon. Because of his confusion at the Willow Basket trail junction, Kaiser had inadvertently skipped the loop that takes runners along the Secesh River and out to Loon Lake before dropping back to Willow Basket a second time.

“I knew when I hit the road to Burgdorf that I had taken a wrong turn,” says Kaiser. “I was devastated.”

Kaiser dropped from the race—at the finish line.

Months later, race director Jeremy Humphrey sent Kaiser a heartfelt email. In it, he explained that the aid station volunteers were not expecting anyone to arrive to Willow Basket that fast. They had set up the aid station earlier that evening, however they were still in their tent at the time Kaiser came through.

Unbeknownst to anyone at the time, one of the people in the tent, Vicki Trees—a long time IMTUF volunteer— was about to enter her own battle, one much more difficult than any ultramarathon.

In just a few days, Trees would begin treatment for cancer.

In a display of true courage and toughness, Trees was saving what energy she had to help support runners through the long, cold Idaho night.

When Trees and her husband, Doug, caught wind of Kaiser’s wrong turn, they were heartbroken. They felt they had let Kaiser down by not pointing him in the right direction.

As Humphrey wrote in his email, “I don’t believe a day goes by when I don’t think about how that played out. The Trees were devastated when I saw them on Sunday after the race. Even after making peace with it, there is still the gnawing pain of what should have been.”

But ultrarunning is not a sport of excuses, and Kaiser didn’t make any. He knew that it was his responsibility to know the course, and his mistake alone that led to his DNF. That’s why in 2019, Kaiser returned to Idaho to remedy his wrong turn—not just for himself, but also for those who felt a burden in how the race turned out. 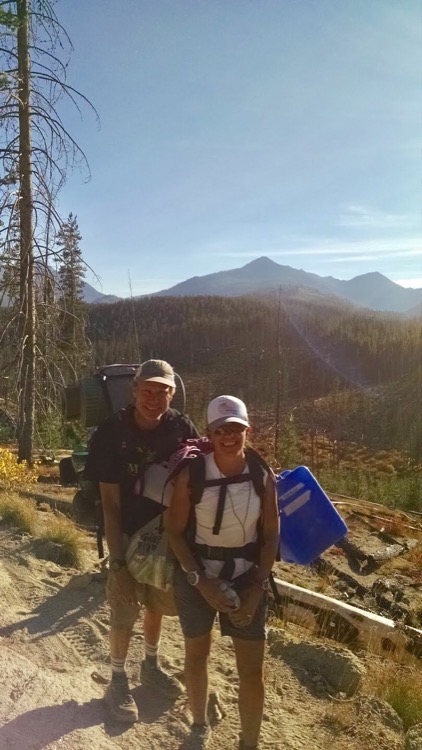 Vicki and Doug Trees hiking supplies into Willow Basket aid station as they have done for the past eight years. Photo courtesy Jeremy Humphrey.

Upon returning to Burgdorf Hot Springs this year (location of the start and finish), Kaiser was happy to finally meet the Trees in person before the race. Vicki, now recovering from cancer, was back at IMTUF volunteering for the eighth year in a row. She presented Kaiser with a shred of paper – it was all that remained from the Willow Basket intersection course signage. Fittingly, the signs to direct runners had been put up by volunteers the Thursday night prior and were eaten by a bear that same evening. This meant they had to be replaced prior to the race. Kaiser carried it in his pack for good luck.

On course, Kaiser looked well on his way to avenging his 2017 DNF. He ran into Upper Payette Lake Campground at mile 70 with a 64-minute lead looking focused and determined, and once again under course record pace.

But then he started throwing up and wouldn’t stop for the next eight hours.

Over the final 34 miles, Kaiser struggled and his lead shrunk. He was unable to hold down calories, had to lie down on the trail numerous times due to dizziness and threw up nearly a dozen times. But each time, he got back up.

Eventually, Kaiser hit the two-mile gravel road that leads to the finish—a section he had run once before in 2017. Only this time, he had run the full course. This time, he won.

IMTUF stands for Idaho Mountain Trail Ultra Festival. The “TUF” is synonymous for the race’s difficulty and the challenging mountainous terrain of the course.

But the TUF also describes the runners who tackle the race. And even more accurately, it represents the volunteers, like Vicki Trees, who unselfishly dedicate their time and energy, regardless of conditions or circumstances, to help others achieve their goals. “What Ryan did gives me chills,” Trees said after the race. “He wasn’t feeling well, but he pushed on.”

One of the best race reports ever. Happy for Ryan Kaiser and inspired by the Trees. Thanks Drew

Thanks for the kind words, Bart!

Wow. Impressive run and a great recap that tells an amazing story of the people who make this community so special. Enjoyed reading this, thank you.

Thank you for reading and responding! It truly is a special community!!!