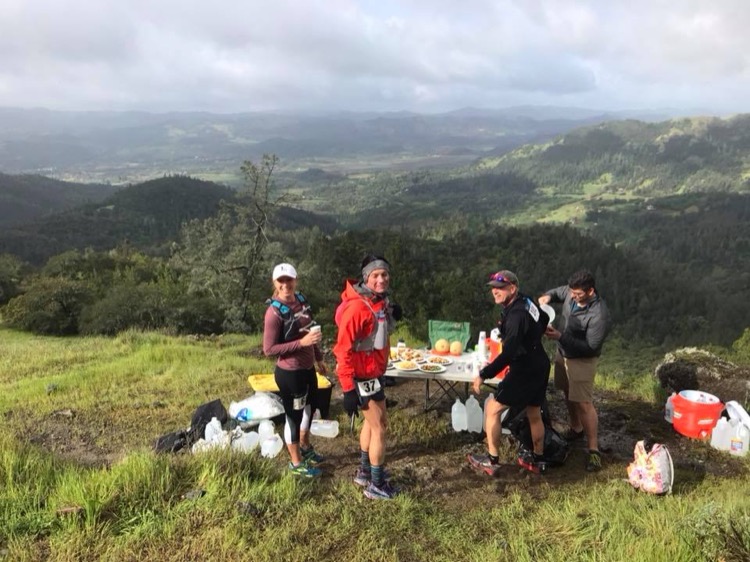 The Napa Valley 50K takes runners from the RV Park in downtown Calistoga, California and goes to the top of Mount St. Helena, running along the Palisades Trail. Runners have consistently praised the course for its remoteness, technical challenge, almost 8k of vertical, and stunning views of the Napa Valley.

The days before the run were filled with concern and the weather predicted an epic, warm storm. But the weather gods cooperated as the rain broke overnight and race day was largely dry, though the course itself was a bit of an adventure with running water. 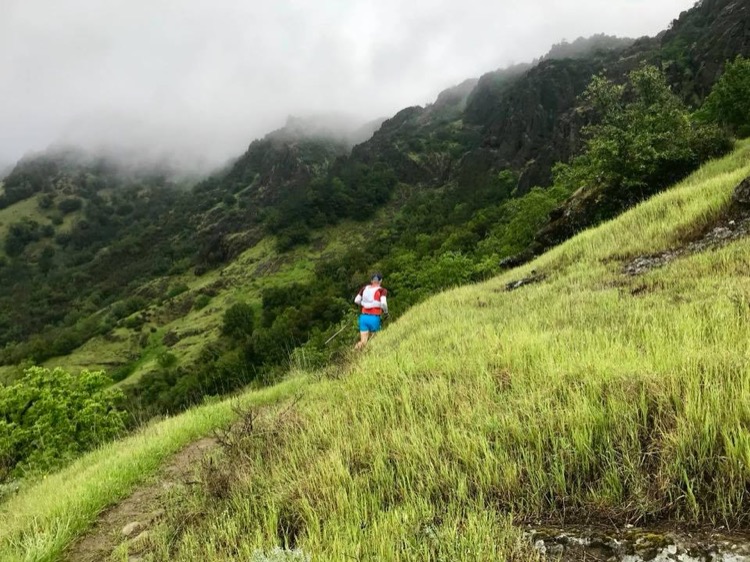 In the men’s race, Robert Ressl-Moyer ran a stunning sub 5-hour race, besting the course record set by Drew Macomber in 2017. Drew and the race director looked on with astonishment. On the women’s side, Nu Ma ran neck and neck with the legendary Luanne Park, passing gapping, only to break away by 5-minutes in the close.

All runners were treated to exceptional volunteers, including 2017 women’s champ and course record holder Penny MacPhail, who rode with the ATV cavalcade to the remote Palisades Aid Station and engaged every runner in conversation.