My First 100 at Across the Years

On January 3, 2020, I ran my first ultramarathon at Across the Years in Arizona. I should mention that I was only 16 years old. My family and I left Lubbock, Texas, with my grandparents, Michael and Julie Selleck, who came along for the trip. They were volunteering for an entry into the 72-hour race. Once we arrived, we parked the motorhome and Julie, Michael and I headed for packet pickup. This was the night before the race officially began.

Across the Years is the original fixed-time, multi-day running event that consists of 6-day and 72/48/24-hour events on a one-mile loop for the duration of six days, beginning at the end of December and finishing in the first few days of January. Race director Jubilee Paige started the count down as we were all lined up at the starting line. Each lap there was a monitor that showed how much mileage a runner had accumulated, tracked by their timing bracelet. Day one of Across the Years went by smoothly, and I finished 25 miles without a problem. But I knew the next few days would give me a lot more trouble. 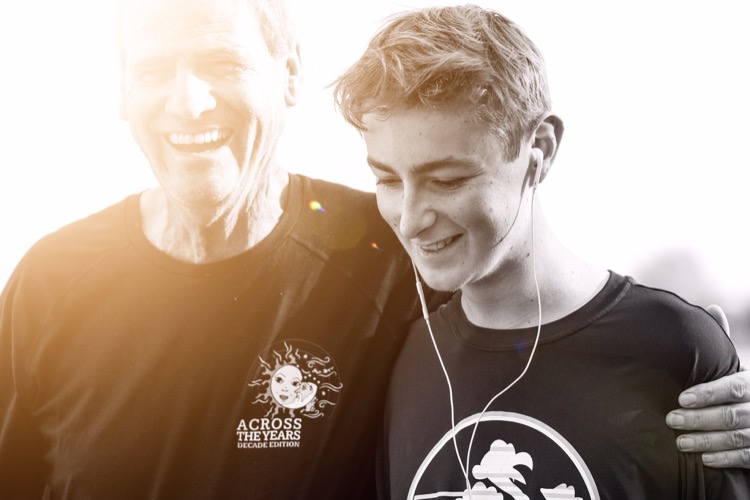 Day two of Across the Years began with a beautiful breakfast and then a lot of running. It was a great day until stomach cramping, ankle pain and more. Another 25 miles were finished for day two. Michael and Julie began on this day as well. Once in a while, I would run into one of them on the track. There is also a snack station on every lap filled with the most sugar and food any runner could dream of. Every lap I had to limit myself on what I could devour otherwise, I would be completely sick. This was Michael’s motivation as well.

Day three for Peyton. Day two for Michael and Julie Selleck. I started to embrace the pain. It hurt. Soreness seeped in from walking out of the motorhome to the track to resume my run. Every step I took it felt like knives were creating tiny tears inside my muscles. Day three ended with a combined total of 65.09 miles.

Day four began and something clicked. There was no pain or soreness when I woke. Was I dead or so numb I couldn’t feel my body? I ran several times around, clocking in about 12-minute miles. “Dang. This is amazing,” I said. For several laps I kept this up until I had Thai takeout for lunch. Then it began to turn into a spiraling rocket downward. Pain seeped in again. Soreness set in. Headaches and everything anyone could imagine went wrong. Adrenaline is what kept me going through the night. I stopped with a total of 95 miles on day four. 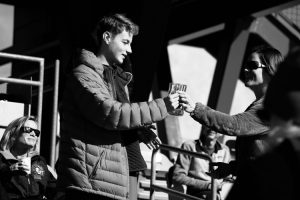 This was the end of Julie’s and Michael’s 72-hour run. Michael had large hopes for achieving 100 miles but clocked in only 75.44 miles, while Julie ran 50.29 miles – incredible performances and perseverance by both of them. They hope to come back to the Across the Years in 2020–2021. This was the day I hit the big 100-mile mark. Adrenaline from achieving something I have wanted for 12 months was kicking in. We did it! 100.53 miles. After the 100-mile mark, the rest of Across the Years was fun and games. As I went over the timing mat for my hundredth mile, Julie, Michael and my mother were all there cheering and celebrating for this major achievement.

On the final and last day of Across the Years, I finished an extra 32 miles for a total of 132.02 miles and at 9 a.m., Across the Years was over. We were done. Something I have been dreaming of, I had accomplished.