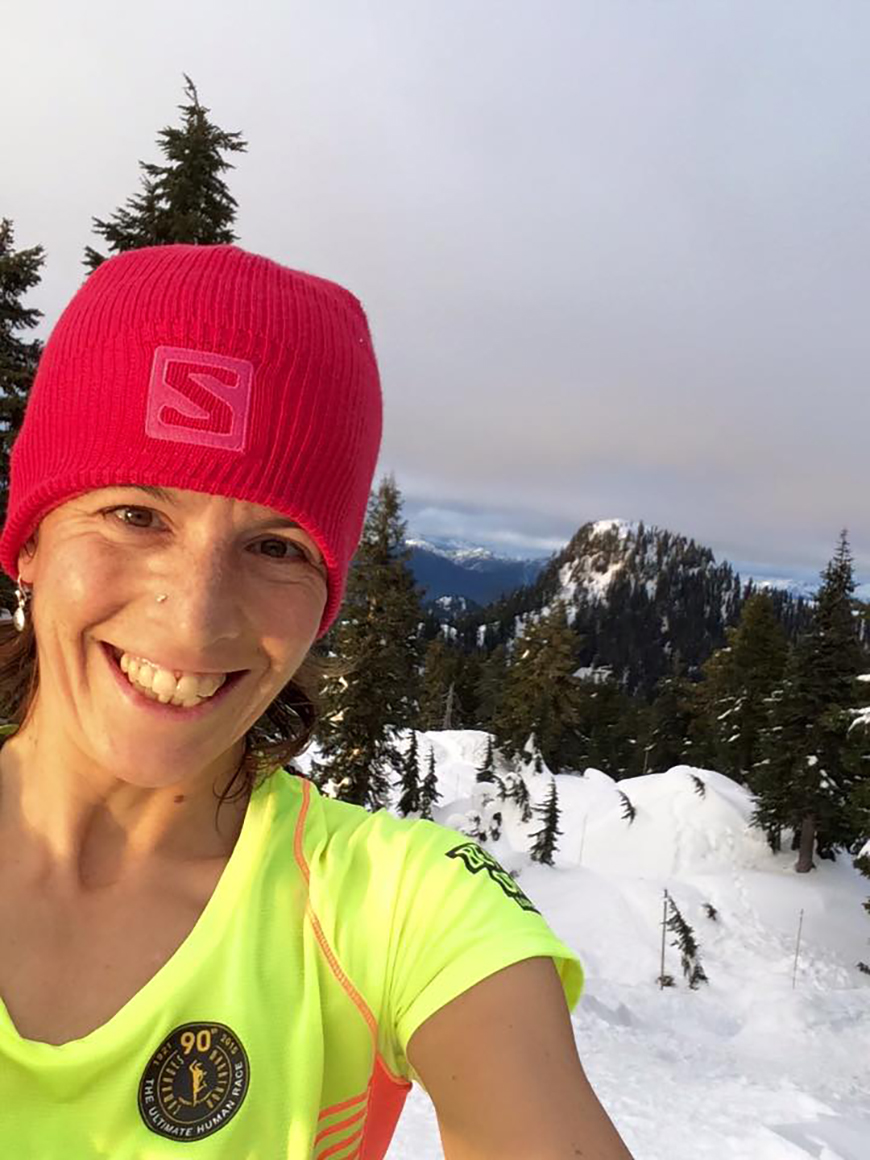 I distinctly remember the finisher shirt I got at my very first marathon in Victoria, British Columbia. I remember it because it was a bit of a dilemma –
I’d just run a marathon, a whole 26.2 miles, so I sure as anything wanted to go around proclaiming my accomplishment by wearing an item of clothing that shouted this fact to everyone who I so much as passed in the street. The only problem? Man, that cotton sweatshirt was ugly. It was more suited to 1982 than 2002. So I wore it a few times, kept it stashed in the back of my drawer for quite a few years, and then eventually, realizing that I was never going to be seen in public wearing it, I donated it to the thrift store.

My first forays into ultrarunning did not present the same swag problem. Vancouver Fat Ass 50k in 2005 – no entry fee, no swag, no problem! At the Dirty Duo 50k, another low-key local event, I won a water bottle for placing in the top three, and all entrants received a small finishers’ medal – the sort that is a nice memento. It’s small, and once in a while you pull it out of a drawer and remember a good day on the trails with friends – simple, no fuss and likely only adds a couple of dollars to the race entry fee.

Roll forward 10 years from my first ultra medal, and I found myself at packet pick up for Western States, the granddaddy of North American ultrarunning. I have never felt so overwhelmed with swag. It was just so much stuff – a backpack, a coffee mug, a sweatshirt, a skort… and that doesn’t even include the finishers’ medal and the buckle that each racer has the potential to earn. All beautiful gear, all carefully selected by the race committee, all at least partially paid for by the entry fee. But all together, it just seemed to me like an awful lot of stuff. For many runners, getting to run Western States is a huge dream, so I fully understand that a memento of the achievement is fitting, but is so much really necessary?

I shouldn’t assume that everyone shares my opinions, but for me, a big part of running, and trail ultrarunning in particular, is about getting away from the increasingly commercial world that we live in. Yes, we need warm mitts on a cold winter day, or a cool hydration pack on a hot summer’s eve, but those are practical items – items that serve a purpose, a need. They are not items that should be worn to show we are bigger or better than someone else.

Running with people from my local running store, do I wear my Comrades t-shirt or my American River finishers’ jacket? Heck no. More likely I consciously wear a plain t-shirt, something nondescript, as I want to be part of the group and not be seen to be shouting that I’m better than anyone else in the group (because I’m not). Running with my longtime friends at club workouts, do I wear that Comrades t-shirt? Yes, maybe. It’s bright yellow, so it’s good for nighttime runs, and they know me and they know that I’m not bragging (because half of them are faster than me anyway).

I guess part of my ambivalence to all the ‘stuff’ we get at races is because I have been fortunate enough to take part in so many races and thus get so much ‘stuff’. I will never knock the first-time racer who proudly wears their medal to the pub that night or their t-shirt to the gym the next week. But I will frown upon those racers who complain that they don’t like the color of the race t-shirt or that the medal is too small. Why? Because once my friend Ran was helping me move, and this, of course, included packing up some trophies. I remarked how gosh darn ugly a couple of them were, and he rightly said, “Ellie, it’s not about what it is, it’s about what it represents.” Too true.

And so each time I look at my finishers’ medals or don a race t-shirt, it’s not about the physical item, but about the memories it brings back of tough races, of fun days with friends, of personal bests and personal worsts.

So here’s to races that issue some hokey homemade medal. Not all RDs are graphic designers and artists, and that’s ok. Races are not about the swag or about material possessions. The swag is not about the item, but the memories it holds.

I hear you for sure – but some races give quality stuff such as a patagonia capilene shirt or even a jacket. That is totally worth it. I’d rather have that than any medal, any day of the week

I could not agree more. I have worn and worn out a number of cheap race T-shirts, have thrown away plenty of cheap swag, but still have (and cherish) medals from Comrades and other races. Whenever I feel that I cannot cope with whatever is going on, I pull out the medals and reflect. This was a huge boost at the beginning of the year when I suffered a stroke, and my wife (also a runner and Comrades finisher) brought my medals to the hospital as a way of saying “if you could manage those races, you can manage this”. You can buy quality T-shirts at MEC, but you cannot buy what that medal represents

I’ve kept all of my race shirts: even the ugly ones! Each one of them takes me back to the race, how I felt and the events of the day. My favourite finisher’s medal is the first one: a handmade clay from the St. John’s Waterloo Marathon. Wonderful memories!