In Your Time(s) of Need

In an April 2009 issue of the magazine Runners World, there was an article titled “Flight of the Bumble Bee” where I was referenced in the story and deemed the “Patron Saint of Pacers.” I’d given some advice to a woman who I’d find out later was a columnist for the sports rag.

She was waiting pensively at the Lamb’s Canyon aid station of the Wasatch 100 to pace a friend that year. Both he as runner and she as pacer were brand new at mountainous hundred milers, and running and pacing at Wasatch was proving to be tough. She was doing what every good pacer should do, scurrying for any bit of information, insight or help that might help both her and her runner get to the finish line.

She stumbled upon me and for whatever reason chose me as the party for input. Maybe it was ’cuz I had a lot to share on the topic…

I’ve paced quite a few ultrarunners over the years, many of them very notable and accomplished runners in the sport. So I’d developed a shtick over time that’s seemed to work for me and is more or less tolerated by the more seasoned vets and others I’ve paced. My antics seemed to translate into suggestions or advice that fledging pacers could embrace, or at least attempt to employ or administer, hopefully to the benefit of the runners they pace.

The ‘patron saint’ mantle is one that I proudly adorned because I’ve experienced my share of questionable moments in the midst of a tough trail race. I’ve reaped the benefits of having a sage pacer at my side, to save me when everything seemed to go south and suggest that my end was at hand. So whenever the call comes I gain immense pleasure and satisfaction at giving back, at pacing in particular, and crewing when needed. This is my payback for some of the selfless pacing/crewing that I’ve been so privy to benefit from. 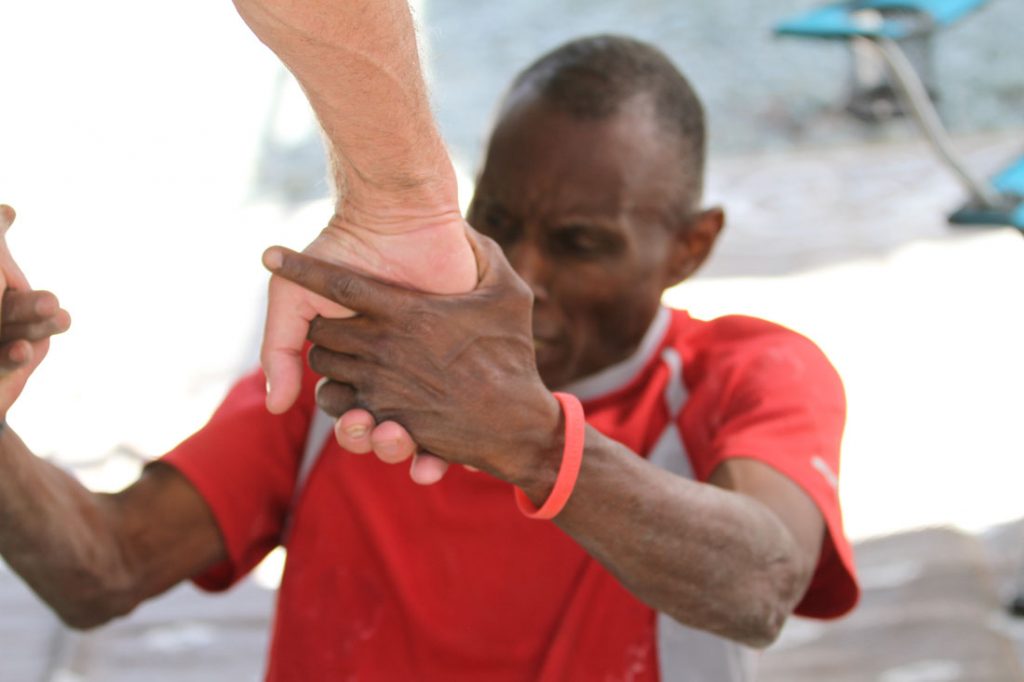 There are countless others who’ve done similarly in the sport and who could easily have been bestowed the title. I was just the one dubbed it first and it’s sort of stuck, along with the handle of “Rocket.”

An even bigger benefit of a great pacer or crew is when your patron saint(s) extend beyond just the sport. My friendship with Tropical John Medinger is one of the most rewarding and treasured things to have come from the sport. John has been friend, brother, mentor and tormentor to me for more years than many reading these lines have been a part of the sport. TJ and his wife, Lisa, and a misfit band of running renegades, numbering 12, known as the Haight Ashbury Ultra Society (HAUS) have been my saving grace on many an occasion. And not just in the sport of ultrarunning, but in many of my life’s endeavors. It’s something that I revel in. There’s nothing like having a talented, grizzled bunch at the ready when you need a reboot, and I know I’ve been blessed in that regard. If I’m in deep trouble or in need of experienced help and support, they’re there for me.

Sometimes life happens and we need a go-to person or persons, those you can always count on to be there in your time of need. If you’re lucky you’ve developed a similar relationship with a someone, or a group, in the sport, who can share your pain over 40 to 60 miles of rugged trail and drag your wretched behind to the finish line. Or get you over whatever hump is blocking your way in life.

If you’ve not already cultivated such a cast of characters as support in ultrarunning, this is one more facet of your game that you’ve got to up. It can really make a difference in how you perform and stay on track – in an ultra and in life.

It’s a great sport that we’ve chosen for ourselves, full of pleasures and wonder but there’s some ass kicking out there as well, when you’ll wonder where the sense that your momma born you with went and you’re looking for salvation. That’s when your ‘go-to’ comes into play, because your momma ain’t coming.

Errol "Rocket" Jones is a veteran ultrarunner of 34 years, having participated in over 200 ultras dating back to 1981. Jones completed ultrarunning’s Grand Slam in 1998 and is a 3-time finisher of Badwater. He is also Co-Race Director of the Bear 100 and the Quad Dipsea, and serves as indentured servant at the Miwok and Lake Sonoma ultras.

This is the best article I’ve read in “Ultrarunning” because Errol goes beyond race statistics, etc. and goes into the personal side of the sport, the enduring friendships that are formed and the way these often merge into your daily existence. I don’t think this is ever discussed enough; people are too busy fawning over the latest sensation who broke a record or the latest gear that’s available.

It’s a cliche to say that an ultra mirrors life in the span of a day or a weekend or longer. But it’s a cliche because of its truth.

I’m glad Errol wrote it and I’m fortunate to have had him as a friend for many years.