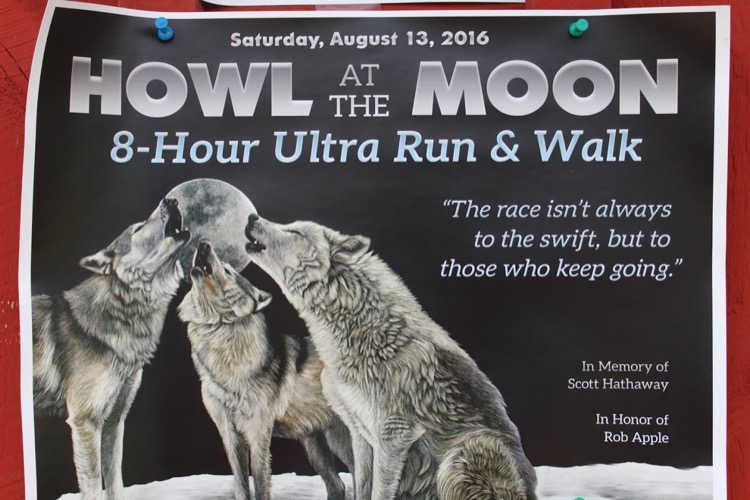 The 26th annual Howl at the Moon 8 Hour Ultra Marathon held in Danville, Illinois, is the largest timed ultra in the United States, and this year was a tale of two halves. The early hours around the 3.29 mile mixed-surface loop were met with humid conditions and thick overcast skies that left the runners soaking wet but making good time. But once the sun came out and the temperatures rose, the pace slowed some and many struggled to meet their goals.

And they’re off! Photo: Lewis Tieman

With nine-time winner Scott Colford hampered by a hip injury, Aaron Churchill of Champaign, Illinois racked up 54.14 miles to take the overall win. John Knudson was not far behind at 53.64 miles. For the third time in four years, Patricia Schaefer of Springfield, Illinois took the women’s crown with 51.35 miles. She was 4th overall. Five of the top ten were females as were 27 of the top 50.