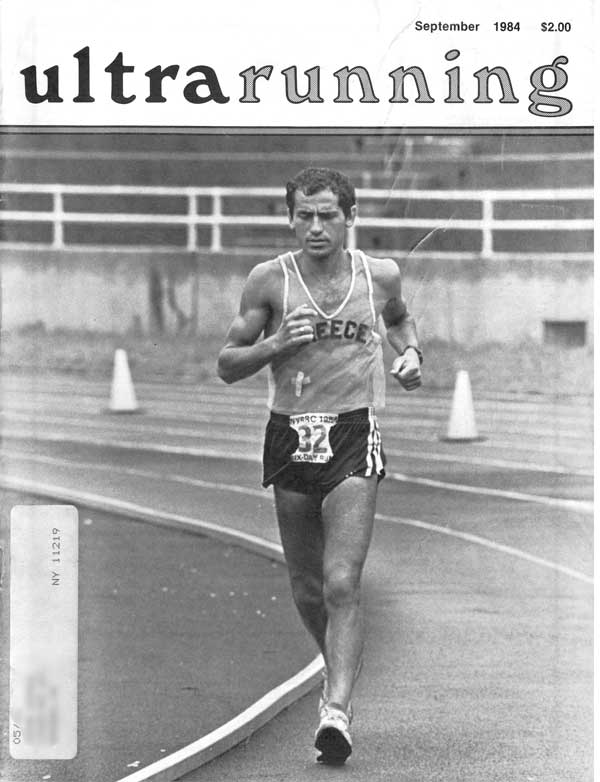 How to Leverage Your Accomplishments

Four ultramarathoners occupied a $200 /month, rundown apartment. They shared one bathroom and one dream: They loved to run the long ones, the ultras. They pooled every thing they had – food, Nikes, part – time jobs, friends, and trails. Life was simple because there were no non-essential personal possessions to care for or to use. Life was tough, for there were few amenities and the stress of the dollar was felt daily. Each month it was a hussle for each to come up with $50 for the rent. Before the race, it was a scramble to pay for the gas, to get to the race, not to mention entry fees. Keeping up with the financially more fortunate was simply impossible.

If they won a race, they got shoes – shoes could be sold for groceries and a little pocket change. But you can’t run an ultra every weekend – the body can’t handle it – so you have to work hard in as many races as possible. Races are the runner’s payday.

Life went on like this for years for Marcy Schwam, but she wanted the dream to come true and she knew it was the price she had to pay. Other women had mentors: husbands who, through their jobs, served as sponsors. Marcy didn’t, but she did have talent, a ton of heart, and the burning desire to break world records.

The rewards for being the best in almost any sport are celebrity status, media attention, financial compensation, and respect in the athletic community. For an ultramarathoner, there are no such rewards. Few know of you or your accomplishments; you are considered a gruelathon athlete. The media doesn’t find these events of consequence, and your fellow athlete doesn’t respect you any more than anyone else.

Probably the most difficult part for Marcy is that her fellow endurance athletes think Joan Benoit, a world class runner, should make $100,000 or more from prize money and sponsorship, but they do not feel that Marcy, one of the best in the world, should be treated any better than themselves.

The San Diego based Flatlanders club has a logo that, in my opinion, depicts the ultramarathoner. The logo is a monkey that turns into a HomoSapiens as it evolves across the design. Many ultrarunners are in the Dark Ages, just starting to think a bout standing on two feet. The days of considering the sport to be in the minor leagues of running may be at an end, and the grassroots ultra marathoner may, by the 21st century, understand that professional is American. They may also understand that the media will expose our cult-happening to millions of Americans who can turn on to it, and that celebrity status means that we will have recognition for our accomplishments.

In our culture, sports is a business. Consider the New York Yankees or San Francisco Forty Niners. These are private, held for- profit companies which are loved by the public, and when these “companies ” run up the field, they attract tens of thousands of spectators . Moreover, they have a public service arm that reaches out into the schools and community to promote development of their sport. And their athletes, do they fare as well? You would be surprised at what a full-page advertisement in Sports Illustrated costs. And you can’t buy the front cover. But you can get the same effect if Kareem Abdul Jab bar wears your shoes when he appears on the front cover.

But for athletes like Marcy Schwam, it is a sad tale of dreaming for a star to hitch a wagon to. Marcy has learned to juggle: she’s keeping a Jot of opportunities in the air at the same time as she perfects her athlete – businesswoman role. With the awakening of our sport, she has been able to lever age her heroic successes, which are virtually obscure, and achieve a modest standard of living. One of her ways out of the bottomless hole was sponsorship. For ultra runners there wasn’t, and isn’t, much – mostly equipment, and that for only a few athletes. There are no endorsements, no commercials, no books, no full-color magazine stories, no media coverage that would encourage a sponsor to affix its logo on a racer’s singlet.

That is the condition today . And yet, there are some antidotes. The process of change begin s when the ultra marathoner and the non ultramarathoner both try to understand each other and to work together for change.

Whether you are an ultrarunner or a race director, it is up to you to understand how to promote yourself or your race. I am absolutely convinced that there are as many sponsors and opportunities out there as there are deserving causes . When race directors and athletes complain that there aren’t, I respond that perhaps they haven’t gone about it in the right way. Be smart and persuasive, convince those sponsors that you can provide them with far more in visibility and exposure than they are going t o give you in return. It is only as difficult as you want to make it.

Before you start, be honest with the business world and answer these questions:

1) Have you already achieved some success in your athletic accomplishments, or do you consistently finish 12th in your age division?

2) Does your race have at least three main ingredients: a scenic course, a strong field of competitors, and competent race management?

3) Do you ha ve something to offer to a sponsor that you yourself would in vest in? You have to be convinced yourself before you can be convincing to others.

If you can answer “Yes” to these questions, then you can begin with step #1 below and package your product. The next step is to promote it. You can direct the same devotion and enthusiasm that you dedicate to your running toward receiving the sponsorship and benefits that you have earned . In an attempt to make the first time through this process easier and clearer, I have designed the following step-by-step approach:

1. Put it in writing For an athlete this means writing a bio which resembles a resume but includes your athletic performances. For a race, this means writing a sponsorship package and a budget. Include in the packet copies of newspaper and magazine article, and an 8xl0 photo.

2. Determine what you are worth As a marketable commodity, you have value. Many companies are interested in supporting you with equipment only; others will add trips, and a few wi ll provides tip ends or bonuses based on performance or on participating in their company programs as a spokesperson.

3. Learn to speak in public One of the most important things that you can do is to preach to the public about the sport, proselytize fitness and challenge yourself to the ultimate by learning your physical and mental potential.

4 . Improve your appearance Regardless of how you feel, you are judged first on your appearance and second on your perform ance. Take pride in physical appearance . Dress well, stand tall, keep well-groomed, and be the most attractive that you can be.

5 . Be prepared to give The sponsorship world works on a give and- take principle. If you want to take, then be prepared to give more than you will receive. Be willing to give the company your time, energy, honesty, and expertise. They have the right to it if they pay for it .

6. Target your sponsors Select three to five potential sponsors and develop a long-term relationship with them . Look beyond the sporting goods business or the small retailer, who are constantly bombarded with requests and who have small budgets . Research the target sponsors and learn as much about them as you can. This process is really like applying for a job: do your home work before approaching them.

7. Develop contacts It is a fact of life that it is more than what you do – it is also whom you know. Introduce yourself to and become friends with other athletes and people in the business community. They can become very important contacts.

8. Say yes to every opportunity This is the self-promotion business and you are out of business if there are no customers asking for your talents. Look at every in v itation to speak, write, talk, race, travel, and train as an opportunity to open a new door . Don’t charge for the service unless the sponsor can afford to pay. You will learn and grow from the opportunity and you will sharpen your skills.

9. Be persistent This is not an easy lay – up. It may take you months or years to develop the package and promote it before it pays off. But there is no payoff if there is no hope. Be aware of the difference bet ween persistence and obnoxiousness.

10 . Loyalty is the key Sponsors do not want to be in conflict with each other, nor to be put in a compromising position. When you support their product, use it , believe in it, promote it – or don’t accept it. You will spoil it for others if you abuse the system.

None of this will work if you don’t apply the information. This means that you are going to have to write letters, follow them up with phone calls, set appointments, meet with people and promote yourself and our sport – they go hand in hand . When talking with a sponsor , be armed with information about ultramarathoners, the direction of the sport, the demographics of its participants . Then sell yourself or your race. Be explicit. You can offer the following in return for sponsorship: Wear their logo and product for visibility, work trade shows to sell their product, attend speaking engagements , race in their sponsored events, model for their catalogues, develop a fitness program for their employees, and serve as a goodwill ambassador at special functions. But first , target them and their needs.

If athletes and race directors are actively out selling the sport of ultramarathoning and attracting media coverage of their events, then corporations will pay the price of sponsorship.