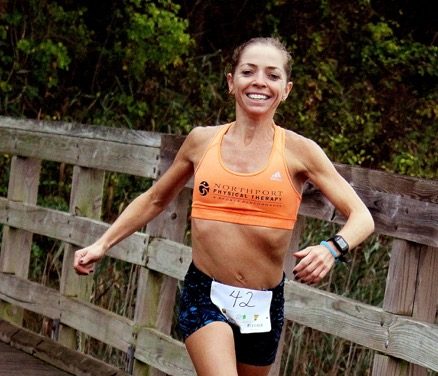 42-year-old Heather Williams has a well-earned reputation as being one of Long Island’s strongest competitive runners. She has been the first woman overall in the Long Island Greenbelt Trail 25K Run for the past four consecutive years, was the first woman overall in the 2017 World’s End Half Marathon, the was second Female master in a National class field in this year’s Great Cow Harbor 10K Run, and has scored at or near the top of the women’s division of several other Long Island races. However, until October 15, 2017, Heather had never attempted an ultramarathon.

This year’s Fred von der Heydt Memorial Six Hour 60th Birthday Run at Sunken Meadow State Park was something of a graduation party for Heather, not only completing 40.70 miles to join the ranks of ultramarathoners, but scoring first overall with more miles than any other participant – male or female! 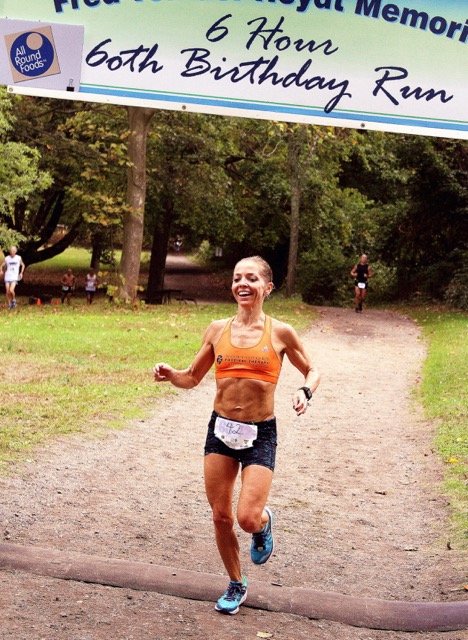 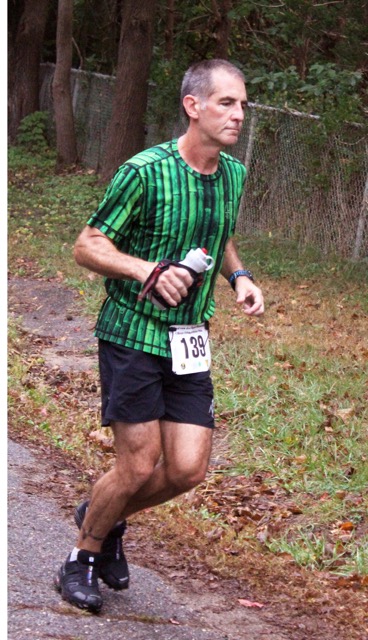 The Six Hour 60th Birthday Run was started in 2000 to commemorate the accomplishments of those who are still running as they move into their seventh decade. The Run was Fred von der Heydt’s pride and joy. In conjunction with Co-Race Director Myron Bellovin, Fred put an incredible amount of energy in making the event a success every year. After Fred’s passing in October of 2015, the event was renamed as the Fred von der Heydt Memorial 6 Hour 60th Birthday Run, and once again this year, Fred’s memory was a major factor on October 15th for all of us who called Fred our friend. 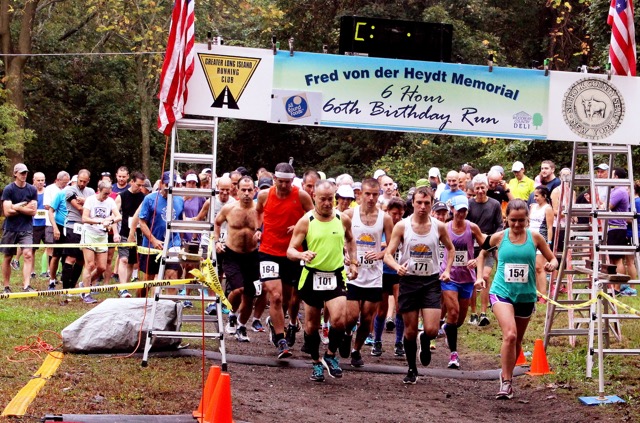 141 runners and walkers (20 more than last year!) were on hand at Sunken Meadow State Park for the run, and 42 of them completed more than the marathon distance. The course consists of 2.1 mile loops of the park, covering paved paths and scenic trails, crossing two foot bridges, and including a couple of climbs each time around. (Those climbs seem a lot steeper once you have gone 14 or 15 times around!) 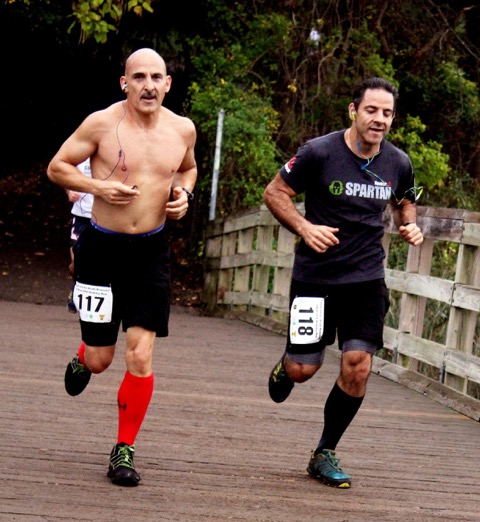 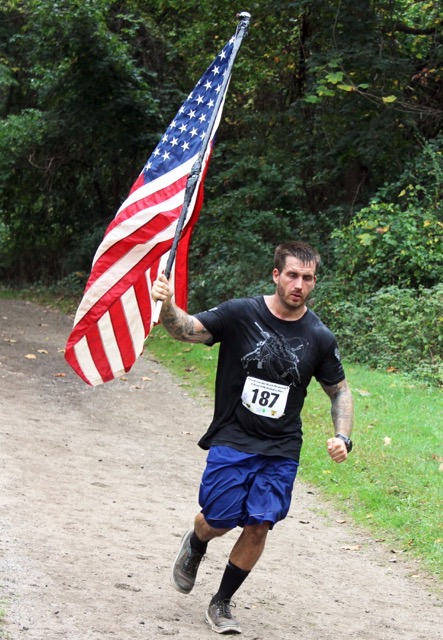 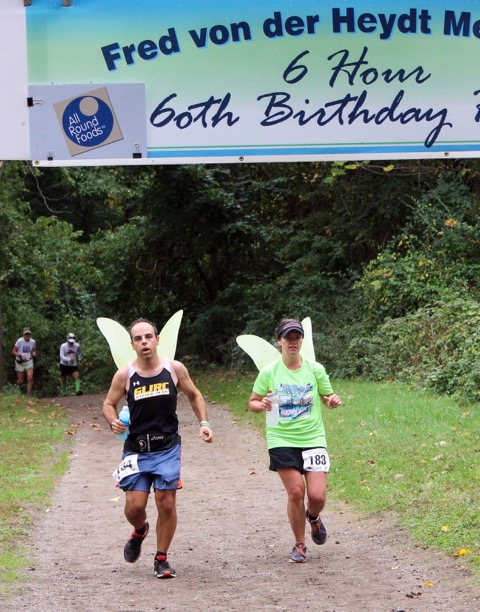 A very special congratulations and thanks to Myron Bellovin, who has seamlessly picked up the torch that Fred dropped, and made the event extra special in Fred’s memory for the third year in a row.

Thanks to our most generous sponsors: Glen Wolther and All Round Foods for their most generous financial support along with the great post-race baked goods, and Woodbury Country Deli for once again donating the post-Run hero sandwiches, salads and pasta,.