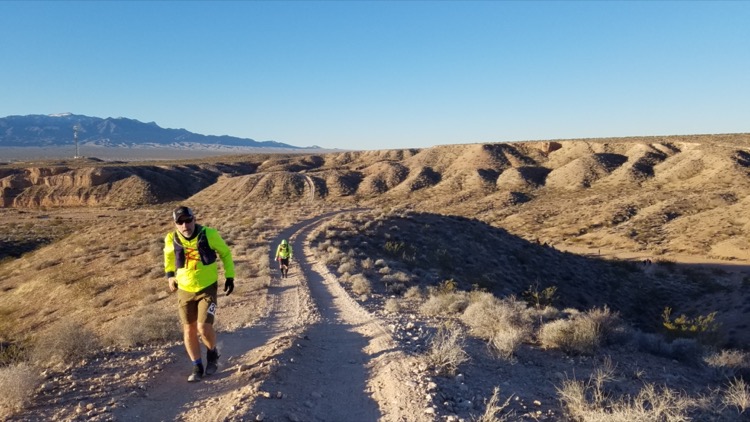 Grandmaster Ultras: Apologies to the Youngsters

The Grandmaster Ultras would be business as usual as far as most ultra events are concerned except, and apologies to younger runners here, you are required to have lived at least half a century in order to participate. Grandmaster, in other words, is where the older generation gets to feel young again and pursue their ultra dreams without all those pesky young runners gumming up the works.

The winter edition of the Grandmaster Ultras offers the gamut of classic distances: 100 miles, 100k, 50 miles and 50k in the “Three Corners” area near Mesquite, Nevada, where the states of Arizona, Utah and Nevada converge. The spot is lonely, set as it is in a vast surrounding wilderness. The area is desert, but the mid-February race date virtually assures that the temperatures will be neither too hot during the day nor too cold at night. The scenery is awesome, including many Joshua trees in the area, which tower above with their crooked branches and yucca-like plumes that will trick the eye into seeing all sorts of fantastic beasts in the low light of dusk and dawn. 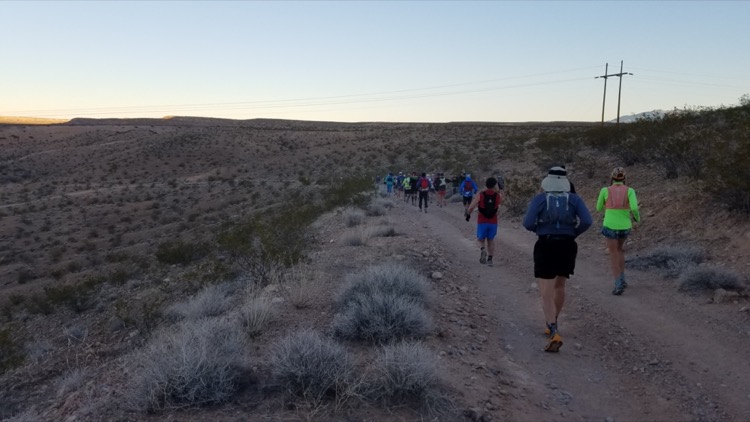 Runners in their fifties are rock stars flashing past the Joshua trees and wading through the sand on their way to a win. The sixties crowd struts whatever stuff they have left without constantly wondering if the young runners that beat them them in every other race are really that good or just cashing in on their youth. And those in their seventies can use the generous cutoff times to grit it out and make a play for their former glory.

Not surprisingly, the race has an old school feel. There were runners with fanny packs like you would have seen at Western States in the late 1980s. The talk in one group was how Monica Scholz and Hans-Dieter Weisshaar were faring. Eric Clifton was there wearing his usual crazy tights. Also, in the 100-mile distance was Clyde “the Glide” Aker, Catra Corbett, Bobby Keough and Davy Crockett, all legendary veterans of hundreds of ultras. 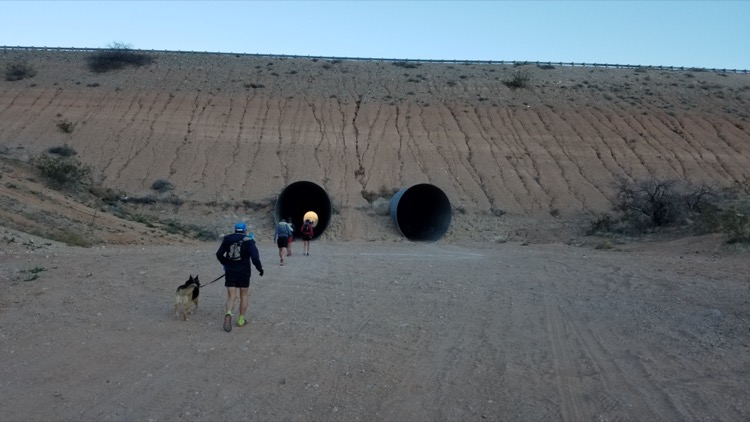 The main course is basically a 50-mile loop over rough country roads and ATV trails. Runners pass each other heading out and back on a couple of long stretches of road, but for the most part, traffic is one way. Gradual elevation change is about 2,000 feet and occasional sections of scattered rocks make walking a safer choice than running, but there are really no obstacles that will keep you up at night.

The concept of this race is a great one — to set aside one event where older runners can feel special and pursue their passion solely among their like-minded (and age-minded) peers. The course seemed beautifully calibrated to the event; it was challenging enough to DNF quite a few runners but yielded to a steady and determined effort. I would encourage any runner (once they reach age 50) to put this race on their bucket list, and then maybe visit the bucket over and over again before they are impelled to kick it.