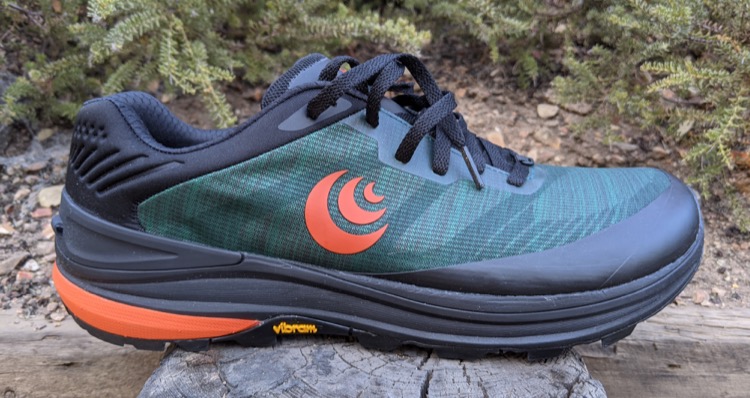 Topo Athletic has spent several years establishing a reputation for making some of the most comfortable and functional trail running shoes on the market. More recently, they have evolved from this foundation in efforts to develop more performance-oriented models for high-demand runners.

The first move in this direction was the MTN Racer, a rugged shoe designed for technical training and racing. Now we have the Ultraventure Pro, an offshoot of Topo’s most popular trail running model, with the same geometry and stack heights, plus added design elements to improve comfort and performance for long outings on rough terrain. It doesn’t replace the regular Ultraventure in the Topo line-up, but it’s a slightly more rugged and protective version for runners who want just a bit more out of this already strong shoe. We received the Ultraventure Pro about three weeks out from a scheduled 100-miler, and took it for a couple short taper runs before using them from start to finish during the big event. They met virtually every expectation we had for a 100-mile shoe, and caused no critical foot issues along the way. 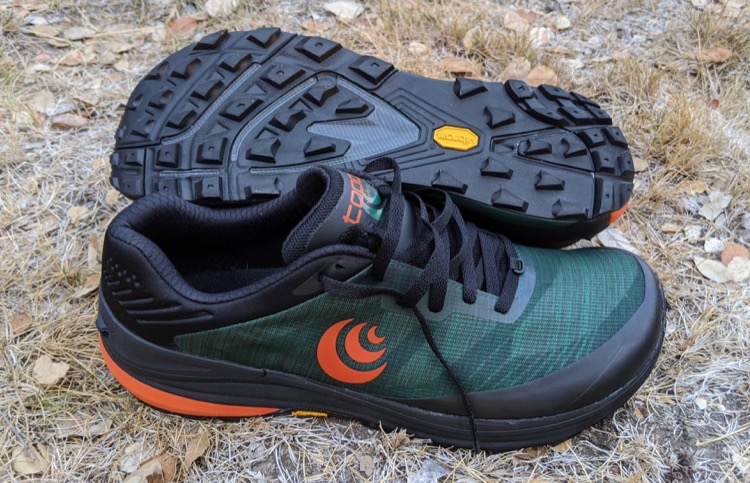 Upper construction of the Ultraventure Pro is very similar to the regular Ultraventure, but has fewer overlays for improved ventilation and flexibility. The anatomic toe box allows plenty of room for foot splay, and medial drainage ports help with drying after immersion. We had no issues with upper durability during our 100-miler, and the mesh material seemed to shed dirt and dust quite well. Like all Topo models, the fit through the heel and forefoot are snug, and roomier in the forefoot. The only issue we had with the uppers was developing slight pain at the top of the foot when our feet started swelling around 60-70 miles. We loosened the lacing at the next aid station which resolved the problem, but the vertical depth of the footbox might be an issue for runners with larger feet. At the ankle, the Ultraventure Pro uses a similar molded foam collar found on the popular Ultrafly road shoe, adding a bit of road shoe comfort to a rugged trail runner. 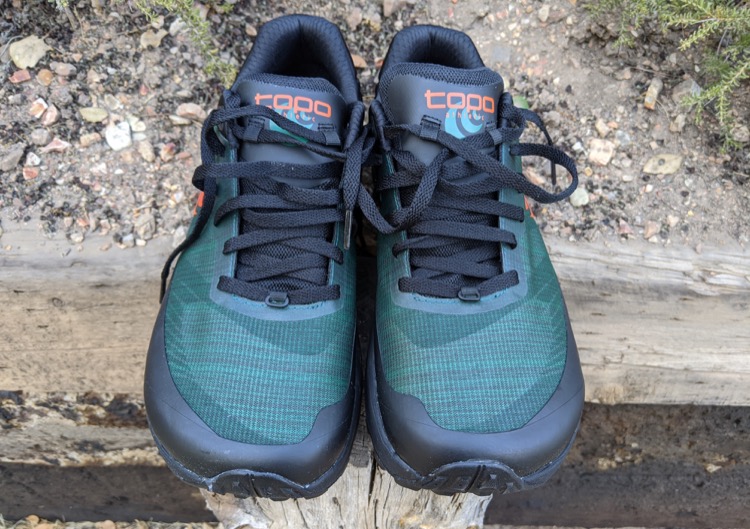 Below the upper is where the differences in the Ultraventure Pro are more significant. The first is a forefoot rock plate, which is absent in the regular Ultraventure. It is made from ESS plastic, which is more flexible and less rigid than TPU, but provides similar impact resistance and dispersion. Midsole construction has a similar three-density configuration as the Ultraventure, but the Pro version uses Topo’s new Zipfoam blend of TPU and EVA that was first introduced on the Phantom road shoe. Zipfoam has higher rebound and resistance than Topo’s previous EVA compound, and the Ultraventure Pro is Topo’s first trail model to feature it. The other densities in the midsole are positioned for softer material on the lateral edge, and firmer at the medial arch for mild guidance. 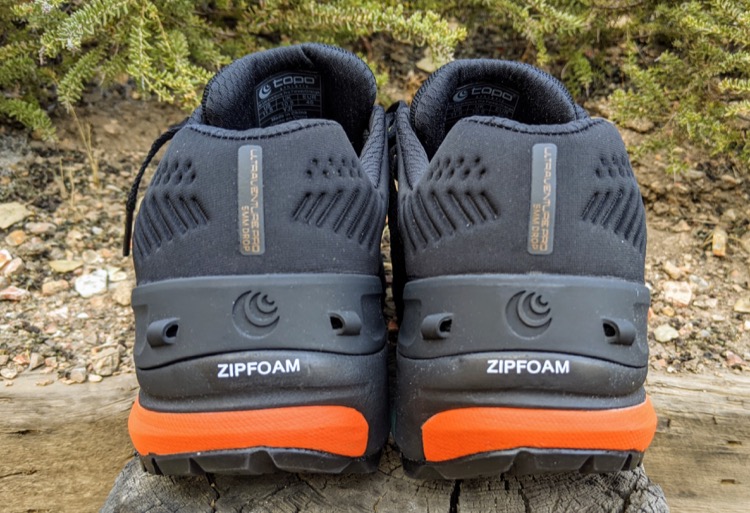 Underfoot, the Ultraventure Pro steps up to Vibram’s outstanding Megagrip outsole instead of the XS Trek outsole found on the Ultraventure. The Megagrip compound provides optimal traction in wet and slippery conditions, and the 4mm lugging grips loose gravel and steep terrain very effectively. Our event didn’t feature significantly wet conditions, but we covered a ton of steep fire roads and technical climbs and descents, and we had full confidence in traction and stability the entire way.

Perhaps the most impressive thing about the upgrades to the Ultraventure Pro is that they do not come with additional weight, as the UV Pro has the same spec weight as the regular Ultraventure. The price point on the UV Pro is $15 higher than the regular version, but the improvements in underfoot protection and performance seem worth the investment if you’re looking to take a chunk of time off a 100k or 100-mile effort.

The Topo Ultraventure Pro is now available in men’s and women’s models at www.topoathletic.com.

Wau it’s a training shoes that break world record. I love 💝 it so much.congrate