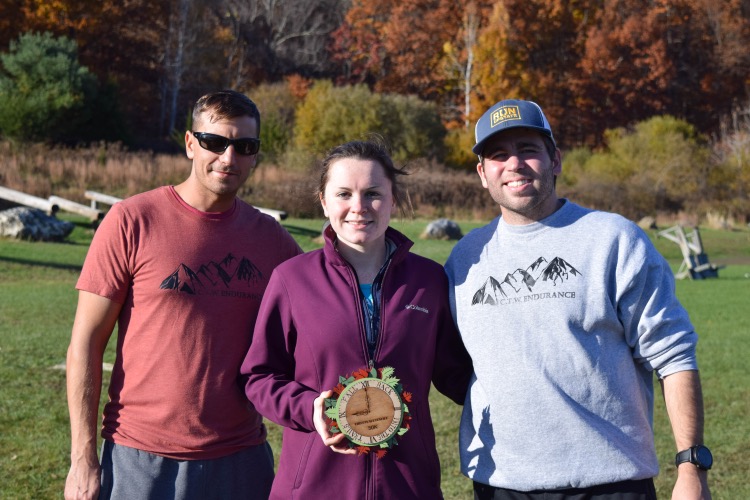 First Annual Fall Back into the Trails 50K

On November 4, twenty-two runners lined up for Conquer The World (C.T.W.) Endurance’s first annual Fall Back into the Trails 50K, a 10k loop course with roughly 1,000 feet of elevation gain per lap at Red Wing Recreation Area in Lagrangeville, NY. The weather was beautiful for race day after heavy rains forced some last minute course modifications due to a mile-long stretch being under 12+ inches of water.

The top male and female runners remained close to one another after each lap, noticing positions as they came through for each loop. On the men’s side, Maverick Demavivas of Brooklyn, NY pushed hard and led for a majority of the race, but couldn’t hold off Travis Longstaff of Egg Harbor Township, NJ on the final loop. Travis came through as the winner in 5:10:34, and Maverick finished second in 5:15:48. This was Travis’ first ultramarathon. 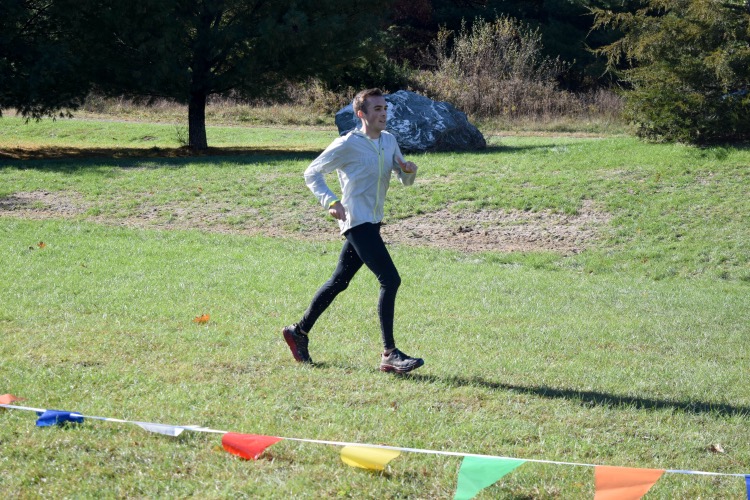 After trailing in second place for the first four laps, Travis Longstaff cruises to victory.

On the women’s side, it was C.T.W. Endurance athlete Jill Quaglino who went out fast with a big lead until loop three when Elizabeth McGurk of New Ipswich, NH, moved into first place. Elizabeth never looked back, finished in a time of 5:58:45 and came in fourth overall. This was also Elizabeth’s first ultramarathon.

It is because of the 22 runners who took up the challenge and toed the start line, that the race was a true success. A big shout out to those who also ran their first ultramarathon including Sean Escaravage Jr, John Muro and C.T.W. Endurance athlete Lindsay Cartmill.