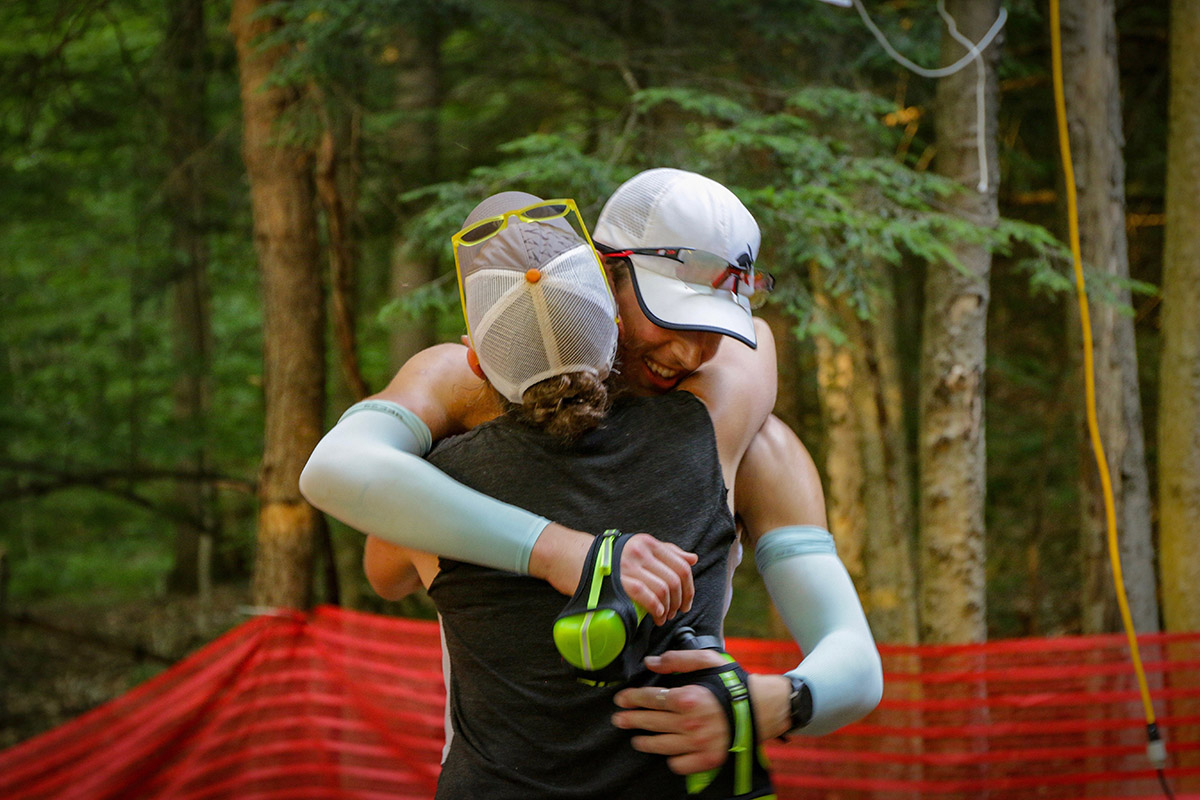 Diamond in the Rough: Wes Judd

Many ultrarunners are familiar with the three types of fun that exist when it comes to the suffering experienced in ultramarathons:

Type 1: Always fun, always will be

Type 2: Not fun in the moment, but enjoyable (or something you can laugh/learn from) after the fact

Type 3: Never going to be fun, ever

Illinois native and current Chicago resident Wes Judd possesses the power to turn Type 3 into Type 1 fun, and it’s his experience using this magical ingenuity that hooked him into ultrarunning.

“I remember finishing and feeling this overwhelming sense of victory,” Judd says, even though he finished 10th at the 2015 Saddleback Mountain Goat Marathon. “Victory over the mountain, the heat, the distance and myself. So many things were standing in the way of me getting it done, yet through sheer will and relentless forward progress, I did it. I beat them all. It was so deeply and barbarically satisfying—I knew right then that this was something worth doing more of.”

On that scorching hot summer day, Judd consumed only one liter of water and two 100-calorie gels; a satanic death march in southern California heat. It was a true and utter sufferfest, yet he still loved every second of the 4-hour, 32-minute adventure in the Santa Ana Mountains.

Over the past five years, not only has Judd gone on to rethink and refine his fueling plan, he’s done it to great success in his 10 ultra finishes. Ranging from 50k to 100 miles on both coasts of the country and many places in between, he’s found success to the tune of seven top-10 finishes. The only three results outside the top 10 were at a few of the most competitive races: TNF, JFK and last year’s Santa Barbara Nine Trails (and he still did well).

The 28-year-old former journalist for Outside Magazine first picked up running after a rather typical, calorie consuming, yet sedentary college lifestyle at Denison University in Granville, Ohio.

“I became a hobby jogger, going on super easy three mile runs at night to clear my head,” Judd admits with a certain sense of satisfaction, reflecting on how far he’s truly come. “It was casual as casual can be—I wore my basketball shorts and a six-year-old pair of Asics. I had never run for fun before and was just figuring it all out.”

A move to Sydney, Australia, for an internship found him without a car or many friends, so he spent a large portion of his free time running to places he needed to go. More often than not for exploratory reasons as his fitness and interest in the intricacies of the sport started to bud.

After time spent down under, Judd moved to Denver and that’s where he really began getting into ultrarunning. He started to log some serious mileage at Washington Park, just south of downtown Denver, and running quickly morphed from a hobby to a pure passion. “I read Born to Run, discovered who Timothy Olsen was and consumed every bit of content I could on Western States. I knew from that moment on that I wanted to be an ultrarunner.”

Although never a runner as a kid growing up in Barrington, Illinois, about 30 miles northwest of the Windy City, Judd remembers enjoying the mile at school and riding his bike alongside his father during weekend training runs. His dad played tennis competitively and would race local 5/10k road races, while the younger Judd focused his athletic interests in lacrosse—a demanding sport that requires the physicality of football with the endurance and agility required in soccer. Perfect skills for a new ultrarunner to lean on, yet ironically enough, Judd barely ran at all.

“I was a goalie and while playing on a team sport in a non-running position might sound like it has nothing to do with ultrarunning, I think the seeds of my future life were planted there,” Judd reminisced. “I really thrived on the isolation, organized chaos, the idea that a good portion of my success came down to my preparation and execution alone and, frankly, the sort of romantic suffering of it all.”

Precisely the same sort of suffering required to march through countless miles in the middle of the night during the longer ultras Judd has raced like his fourth at the 2018 San Diego 100, his debut at the distance.

Not all races have gone Judd’s way. Last fall, in the throes of deep lethargy, Judd had a tough experience at America’s oldest ultramarathon, the JFK 50. “I was overdoing it and in the back of my mind I knew I was, yet I wasn’t totally transparent with my coach about it. I kept my head down and did all the work. I spent the entirety of that race feeling like I needed a nap.” He finished 17th overall, but even strong mental fortitude couldn’t aid the chronic fatigue Judd experienced. “It was not fun to race in that state and I’m really trying to avoid getting to that position again.” 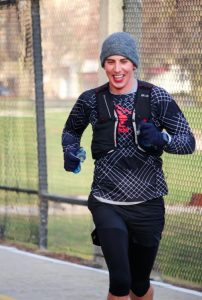 Judd knows that real fitness is gifted to the patient, so he took the winter to build steadily for the classic American River 50-miler originally planned for April 4 in Folsom, California. With AR50 and many other races canceled due to the coronavirus he quickly turned his attention to a local FKT, the Chicago Lakefront Trail. In his first FKT attempt, he nailed every aspect from pacing to nutrition and hydration, and even got fortunate with timing as the trail has now been closed to the public. “The day went as well as it possibly could have. I had never run something that was that long and exclusively flat and fast, so it was difficult to judge my pace, but once I settled into a groove, I found the right calibration of ease and effort,” he said shortly after running nearly 20 minutes faster than the previous best time. “I know that entire trail like the back of my hand, so I had home-court advantage, you could say. I felt wildly great the entire run, and it seemed like I was getting stronger and more confident as the miles clicked by.”

After spending last year transitioning from California mountain terrain back home to the flatlands of Chicago, as well as a career change, another piece to Judd’s life puzzle is his renewed focus for helping other people.

“What I want to do with my life is to use the knowledge I’ve managed to amass—whether in running or personal finance—and use it to help others. I want to sit across the table from someone else and try as best I can to improve their lives in some small way.” Part of having balance in his new life in the Midwest includes training and racing.

Judd’s favorite distance is 50 miles because they require a blend of speed and endurance, and he hopes to get an opportunity to line up for one later this year. JFK is on his radar, but as with the Chicago Lakefront Trail FKT, he’ll remain open to whatever other challenges might come his way the next few months. His other top priorities are rediscovering his capabilities to turn any race into “Type 1” fun, while also leading a sustainably healthy lifestyle on all fronts. 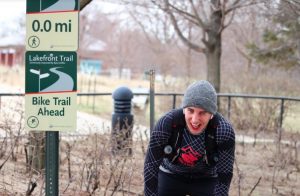 “I want to be in this sport for many, many years. I’m not winning the biggest races and I’m not doing this for a living. I, too, want to give back to this community—specifically in the form of coaching. I just really enjoy the process of it all and the structure and purpose it gives my life. The positivity of the community and excitement everyone has just to be out there is infectious. I don’t want to lose that. If you still see me on starting lines in 2040, you’ll know I’ve made it.”

I have crewed for this dude, so I know he isn’t smiling for the camera in these shots. He is smiling purely for the joy of running. It confuses me.