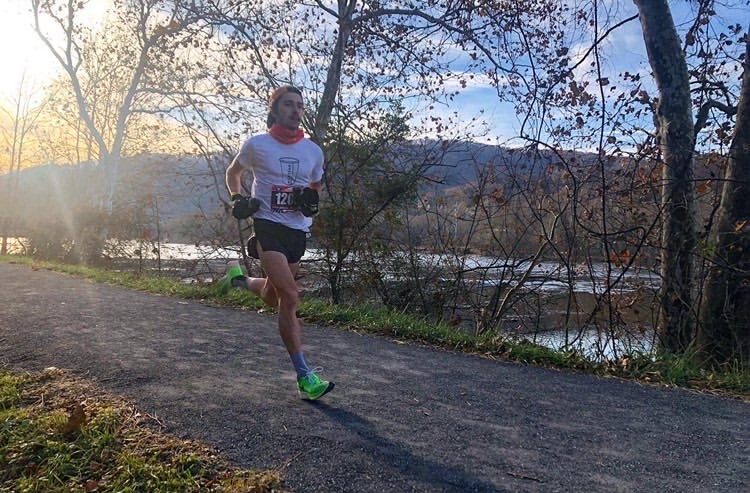 Diamond in the Rough: Seth Ruhling

What initially drew Chattanooga, TN, ultrarunner Seth Ruhling into the ultrarunning community nearly a decade ago, was the allure of a finisher’s sweatshirt that told the world he ran 40 miles in one day.

“How cool would it be to wear a hoodie that says we ran 40 miles?!” asked a friend from high school. Ruhling was sold and at the ripe old age of 16, he completed the Pine Mountain Trail Run 40 Miler, located in F.D. Roosevelt State Park in Georgia.

Ruhling came back to the race a year later in 2011 and finished marginally faster, but hung up his ultrarunning shoes.

Over the last decade, he was primarily focused on cross-country and track and field while in college at Southern Adventist University, before making the switch to triathlons in 2015. Ruhling competed in multi-sport races for four years until he qualified for his elite license at the end of 2018, which he never ended up using.

“This past spring I was pretty bummed out. I was in an accelerated nursing program, working at a hospital and trying to train at the elite triathlete level, but felt I was falling short in every aspect.” Ruhling knew he needed to make some changes in life.

“I called my coach and he told me I should just stop triathlon, focus on school and do what makes me happy,” he said. 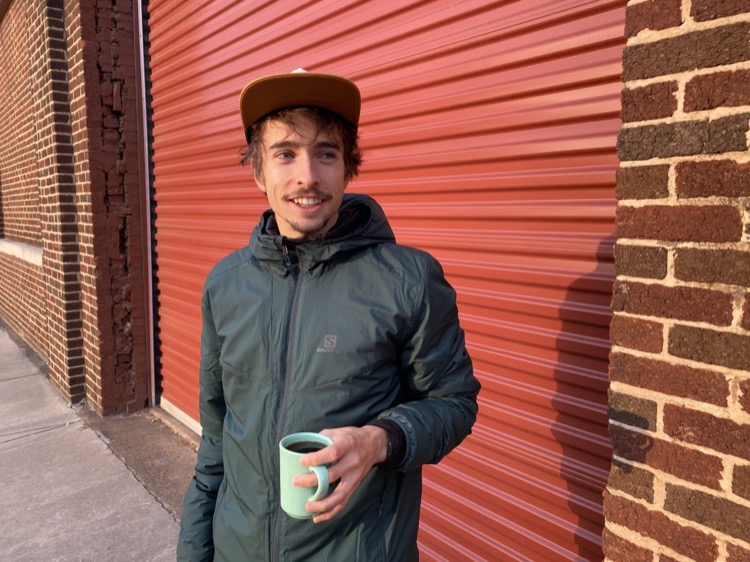 Enjoying a cup of joe in Chattanooga. Photo: Kerrianne Ruhling

Ruhling discovered a passion for the trails rather quickly in the Appalachian Mountains surrounding Chattanooga.

He gave up swimming and started running and cycling. “In Chattanooga, we have this mountain called Lookout Mountain, and any iteration of the trail network there is good. I could run on Lookout Mountain every day and be content.”

Feeling physically and mentally rejuvenated by Lookout Mountain trail adventures during the spring of 2019, he decided to enter the Eastern Divide 50k in Pembroke, Virginia and won the event in course record time. Two months later he entered the local Rock Creek Stump Jump 50k and also triumphed, running the fifth fastest time ever.

“That’s when I knew I was pretty good at this stuff,” said Ruhling. 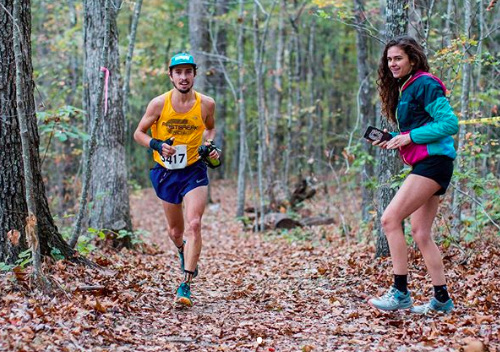 Six weeks later, he found himself in Boonsboro, MD, on the start line of the JFK 50, America’s oldest ultramarathon, and his 50-mile debut. Relatively unknown but unfazed, Ruhling launched himself to an early lead on the Appalachian Trail and held on from tape to tape, taking the win in 5 hours, 38 minutes and 11 seconds—the fifth fastest time ever run in the 57-year history of the race.

Ruhling admits he doesn’t do well under pressure, so coming into the storied race as an underdog to the likes of Zach Bitter helped ease his mind from a tumultuous and pressure-driven triathlon career.

“I think crossing that finish line was a huge release for me,” he said.

Despite taking home a cash prize and piquing the interest of potential sponsors, Ruhling stays grounded and appreciates the simplicity of the ultrarunning scene. Compared to the triathlon world that requires expensive bikes, helmets, gadgets and entry fees pushing a thousand dollars, the barriers to entry in the trail world are much smaller and bring together people from many socio-economic backgrounds — something he truly appreciates.

The convivial atmosphere he’s found at ultras over the past six months fills a void he was missing at this time last year. “I really like the laid-back nature of the sport. It’s literally running, and in the grand scheme of things, racing people around a trail is so arbitrary. If I’m not enjoying it, then I’m doing it wrong.”

Ruhling plans to continue savoring his new experiences on the trails in 2020 with a burly spring race calendar including the Lake Sonoma 50 in April and the Ultra Race of Champions 100K in May. This summer he’s most excited about the Broken Arrow Skyrace 52K, Pikes Peak Marathon and finally, a return to the JFK 50 to defend his title in the fall.

He doesn’t want the kind of pressure he put on himself when he was racing triathlons, “I just want to travel and race against some fast people. I’m still so green to ultrarunning in general, so I have a lot to learn,” he admits. “This year will be a huge learning experience for me.” At just 25-years-old, we’re pretty sure he’ll continue to catch on quickly.

Seth is such a great guy! Awesome writeup, can’t wait to watch him in 2020!

Thanks Clare! Congrats on UROY #2…hope to see you at Nine Trails again!