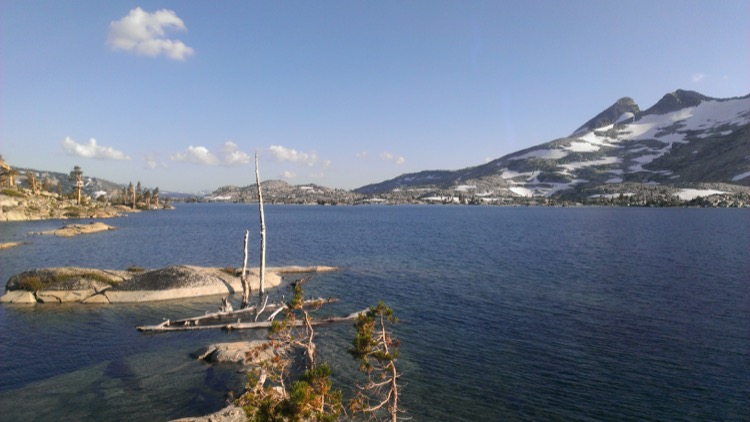 Destination Unknown: Which Way to Tahoe?

“ask yourself, where do we go from here, it seems so all to near, just as far beyond as I can see, I still don’t know what this all means to me…” – ‘Destination Unknown,’ Joan Jett

Winding through a dense pine forest below the Echo Lakes, the Tahoe Rim Trail brings you within earshot of the steady hum of traffic on US Highway 50 long before you cross it. On the other side, absorbing the golden early morning light, stood two disheveled twentysomethings with ragged backpacks and walkabout spirits straight off the pages of Kerouac. One sported an obviously hard-earned yet sparse beard, like drying moss on the north side of a drought-stricken tree. The other wore paperweight, faded maroon baggy-crotch pants that conjured up a dirtbag MC Hammer outcast from the Marathon Monks of Mount Hiei. 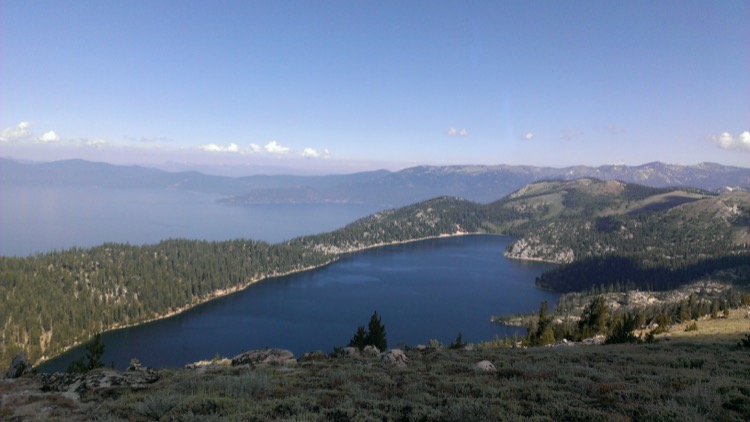 They exuded a going nowhere air but claimed to be through-hiking the Pacific Crest Trail. “Hey man, do you know which way Tahoe is,” one of them queried, pointing at the road. “Uhhh, that way,” I replied, nodding towards the rising sun, surprised by the question, and stifling a laugh. After a few more minutes of idle chatter, I bid them good luck and ventured further into day four of a 170-mile fastpack. Being solo and well over a century in, having started at Spooner Summit heading counterclockwise, I had already moderated plenty of random internal dialogues bubbling to the surface between bouts of involuntary genuflecting at alpine surrealism. Now my thoughts turned to these two modern day Dharma Bums, standing, somewhat serendipitously, at a crossroads of two forms of travel, both immortalized in writing by a man still essentially living at home with his mother in between bouts of jazz-fueled roadtripping.

How had these two characters possibly made it that far north on the PCT, and not known whether they were standing east or west of the massive water-filled basin Mark Twain described as “the fairest picture the whole earth affords?” I made it maybe another mile or two laughing at their apparent ineptness before my mind downshifted and went into reflective reverse. 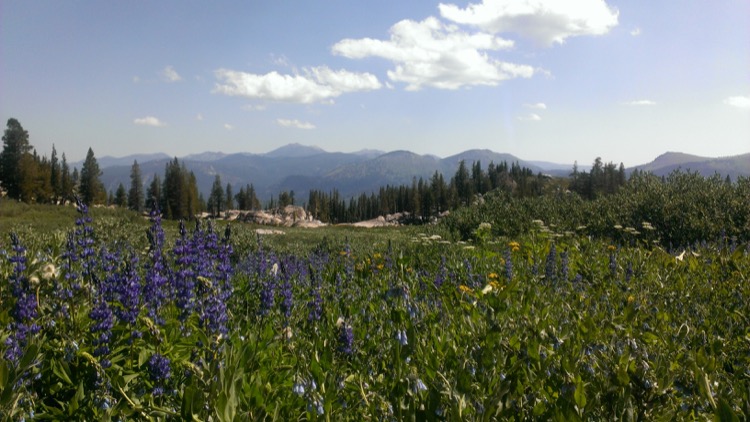 I hadn’t even waded the wondrous wildflower fields above Showers Lake before I realized that brief and seemingly insignificant encounter had been a lightbulb moment-metaphor for the sum total of human existence, at least my take on it. Which way to Tahoe? Which way to anywhere?

Acknowledge it or not, we’re all essentially on David Byrne’s road to nowhere, often wondering, ‘How did I get here?’ A choose your own adventure novel where we’re constantly being forced to decide which page to turn to before continuing a story of which we desperately want to sneak a final paragraph peek. Ultimately though, we’re relegated to fumbling along, just like in training and racing, often finding it much easier to poke fun at the seeming cluelessness of others, rather than taking a good hard, psychologically-taxing look at our own.

A peek at the end though, like a glimpse of the finish line before the race is run, would ruin the entire process. The joy and the pain lies squarely in the mystery. And the beautiful thing is, although often constrained by fear and doubt, our point of view is ever-evolving. If we embrace the process. If we refuse to etch any one ethos into our philosophical concrete.

I’ve come to begrudgingly accept that those literary ghosts at that crossroads of asphalt and earth had likely embraced the mystery more than me. Dean Moriarty and his road that “must eventually lead to the whole world” was one way of existing; Japhy Ryder and his “vision of a great rucksack revolution” was another. Beatniks. Hippies. Yuppies. Hipsters. Roadies. Dirtbags. Ultrarunners. We are nothing if not great at labeling each other and our approaches to being a biped with a conscience.

Running in general, and ultrarunning in particular, has largely informed my vision quest over the years; and, if you are reading this, I’m guessing it has, or will soon, for you as well. It’s a spiritual backbone of motion and thought that helps me to stay upright and, mostly, moving forward into the great unknown. But it has certainly evolved. I’m now just as likely to sign up for a race with a goal in mind as to shoulder a pack and head off solo on a long trail mindful of being goal-less beyond the simple joy of exploration.

So, which way to Tahoe? Well, it’s always to your left. But only if you’re on the TRT travelling counterclockwise. It might be different for you. And that’s the essence of ultrarunning, and life.

Thanks, Mr. Wolfe.
Should I put a piece on The Process of Trailnaming on the list of inevitables, Monkeyboy?
– UTurn