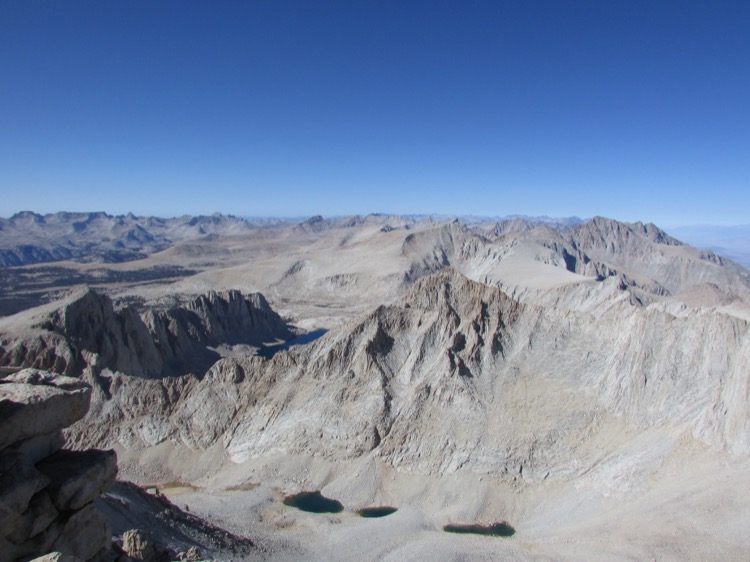 Thin fingers of sunlight tease the tops of the pines as the rising sun strains to spread its daily promise of warmth and rebirth across the deep, cold, late-September shadows cast by the Cathedral Range of the Yosemite high country. Majestic spires of time-sculpted granite rise in glorious alpenglow in all directions, while fields of blocky talus fan out from their flanks in an erosion-induced lesser angle of repose to meet the sandy decomposed granite of the trail that threads the forest a few painful steps away.

Unable, or unwilling, to reach the sunlight before stopping, despite knowing full well the rest break will therefore be much less enjoyable, I catch myself staring blankly off into the shadows. A creeping chill snaps me back to present misery. Moments earlier I had been intensely reorganizing the few remaining contents of my meager 20L pack as if the trajectory of this current endeavor and all future life possibilities depended precisely upon perfecting this meaningless task. I was stalling. 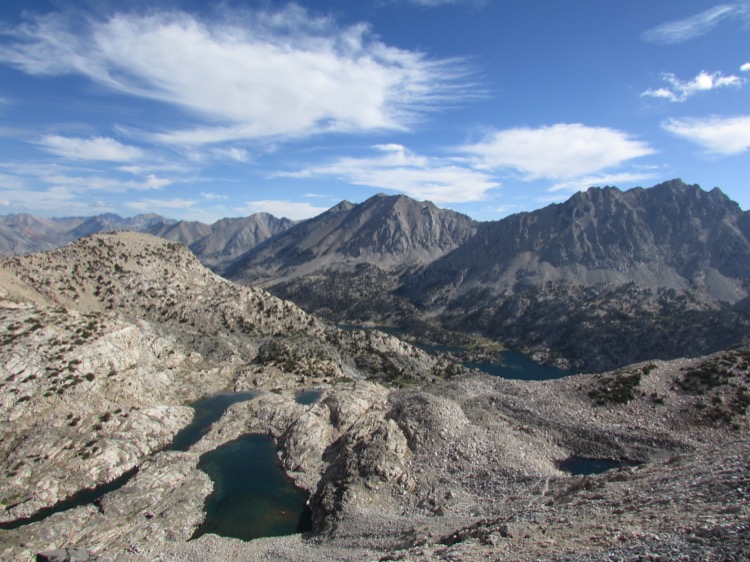 Considering that I had been lying directly on what was essentially a mound of gravel on the edge of Tuolumne Meadows Campground in a marginal 35-degree down bag wrapped like a see-through burrito in a moisture-proof ground sheet, nearly 200 miles deep into exertional existentialism, the few hours of sleep I managed had been remarkably sound. I should have been at least somewhat rejuvenated. A predominately downhill marathon to Yosemite Valley was all that separated me from the coveted “as-fast-as-I-can” finish I had longed-for since a 2009 attempt that ended in a John Muir Trail D.N.F.

Instead, after a few painful, stiff-legged, torturously-slow miles skirting the edge of a national park’s transient, and mostly asleep, subalpine civilization, I turned left, leaned into the first hints of dawn and the penultimate ascent up Cathedral Pass; and broke down. Involuntarily. Again. I staggered up the climb as intermittent bouts of sobbing maintained an emotional backbeat to my tender footfalls and erratic pole plants.

All I wanted was to touch that sign at Happy Isles… all I wanted was to reach the sunlight before having to stop again… all I wanted was to get a grip on my mental state. On-the-fly tiered goal fluctuation in wild overdrive with seemingly no one at the wheel, just like my emotions. They weren’t attached to anything tangible, yet at times they hit me with an intensity akin to news of loss of a loved one. The long, slow-curve of singletrack sweeping gently up and away from Purple Lake at mile 145 into the frosty pre-dawn curtain slowly rising on Day 4 where the first rogue emotional wave had sideswiped me felt strangely distant; however the significantly smaller distance left to cover before I could stop, for good, remained exponentially more removed from the log I now shakily rose from. Was this what if felt like to be completely broken? 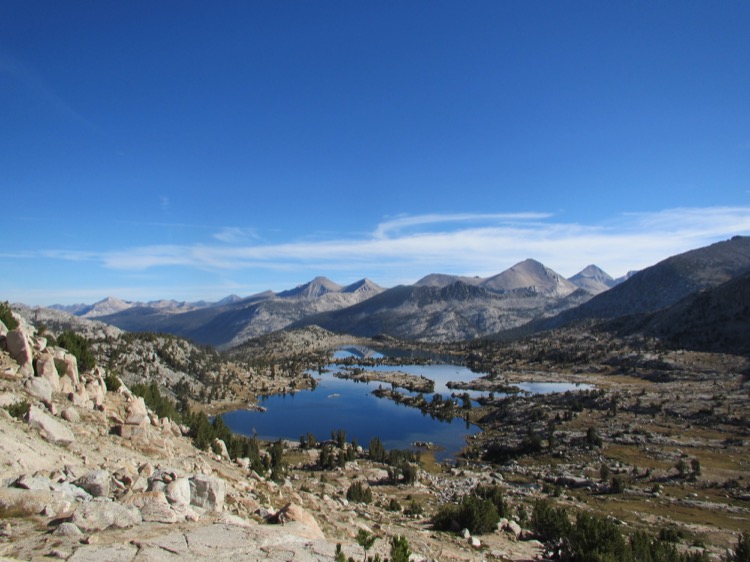 Unsupported and solo, the sub-4 day barrier that Buzz Burrell had once likened to the sub-4 minute mile of the long trail world had come and gone as I drifted in and out of the void of dreamless sleep. It was still early morning yet I truly doubted my ability, in my current state, to reach the Valley by nightfall. With how close I was the notion seemed outrageous, and combined with the silent understanding that I was not going to bail out again, the weight of that reality threatened to overwhelm.

But you can always take one more step. Isn’t that the ultimate ultrarunning lesson? So I did. I took another step. And another. Eventually Cathedral Lake appeared on my right. Ascending was agonizingly slow. The elegantly-elongated shark fin of granite that is the Matthes Crest sliced through the southwestern skyline. I felt a subtle, yet unmistakable focal shift. The beauty of the Range of Light surrounding me was penetrating a 60-mile long claustrophobic fixation on internal darkness. It had always been there; I was simply noticing it again, and energy pathways unblocked. What was cause and what was effect felt intertwined and indistinguishable.

A slight loosening in the hips. An elongation of a suddenly smoother stride. Less resistance, both mechanically and emotionally. My hiking pace quickened. Hesitatingly, I broke into a slow run for the first time since Thousand Island Lake. I kept running. An involuntary grin, absent for what felt like forever, cracked the salt crust on my cheeks. Cruising past Sunrise High Sierra Camp I felt euphoria. I felt strong. Fluid. Hiking the final rolling climb I hit the remaining 12 mile descent at a training run pace that lasted until, slaloming through hordes of early afternoon hikers below iconic Nevada and Vernal Falls, I finally wrapped my arms around the Happy Isles sign.

Lying on my back on the bridge over the Merced River, feeling my wingsuited senses soaring weightlessly above the Yosemite Valley floor, distorting the reality of the bustling tourist scene surrounding me, I reflected on something another JMT’er, Ian Alloway, had said: “When you backpack the JMT you explore the outer world; when you FKT the JMT you explore your inner world.” Going as fast as I could on the JMT, as it turns out, I explored both, and in nearly overwhelming quantities. The soft blanket of alpenglow caressing the chiseled granite flanks of Mt Ruskin as I crossed Pinchot Pass at sunrise, descending through an Evolution Basin illuminated by a full moon rising over Mt Darwin’s shoulder; these visions are as deeply embedded in the bedrock of the experience as the internal demons dredged up and battled from the depths.

The times we chase out there are merely external catalysts to the efforts that allow our spirits to rise. And fall. And rise again…

Ian Alloway sees deeply into the nature of things.

I don’t understand how 200 miles works… that’s like running 2 Hardrocks back to back. Incredible!

The fact that a larger percentage of the distance is covered hiking, not running, goes a long way in the understanding. A big part of the game is simply minimizing stops. Being able to function at a high level consistently when exceptionally sleep-deprived, something I have yet to be able to do, is another, and perhaps the most important, factor in these efforts.

Thank you, and thanks for reading.

This is ultrarunning poetry.

That is a very generous compliment. Thanks, Brandi!

Maybe pushing this hard really does make you more “spiritual”, whether you want it or not.

At the very least it changes, if only temporarily, your perceptions of things both within and without you.