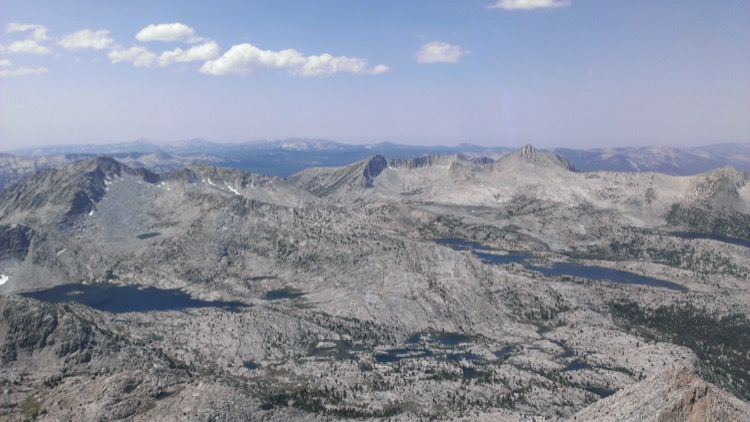 The 2016 Angeles Crest 100 was supposed to be a homecoming of sorts; a requiem to the daunting scene of my first two 100-miler demises as a greenhorn, early-20s ultrarunner, each leading to respective DNFs, and a 31 hour kurfuffle shuffle down into the heat of an LA Basin second sunrise in 2003. The closest I had come to showing up on the starting line again was a couple of no-show entry fee donations to the Did Not Start fund. But with two very successful 100s under my belt now, I wanted my redemption day on this aesthetic beast of a mountain course. Or so I thought.

Promptly developing mid-winter IT Band issues that effectively shut down any consistent running I showed up in Wrightwood in May for Dom & Katie Grossman’s wedding seeking goodtimes celebrations amongst a merry band of, mostly, ultrarunners, and a good dose of San Gabriel Mountains mojo. I found both; perhaps a little too much of the latter. I tore into training as if I could make up for lost time. Maybe I was just psyched to be feeling the freedom of the hills again after a dreary, injury-riddled winter.

More training trips to the San Gabes ensued. Then, I drove out to Utah for the Speedgoat 50K, the perfect course, reminiscent of the old school Baldy Peaks 50K, for Angeles Crest mimicry. Running one of the toughest 50Ks around wasn’t enough though; the two days before the race I tacked on a fastpack of the Ruby Crest Trail in the ‘Swiss Alps of Nevada.’ I arrived in the Snowbird parking lot in the middle of the night, depleted and dirty, and, apparently still in fastpacking mode, whipped up another “gourmet” freeze-dried meal on my tailgate before catching a few hours of restless, twitchy-legged sleep. Despite a serious aversion to the pre-dawn alarm clock and very tired legs the race went well. I drove home on a training high. I was fired up for AC. Then, I crashed and burned. Hard. 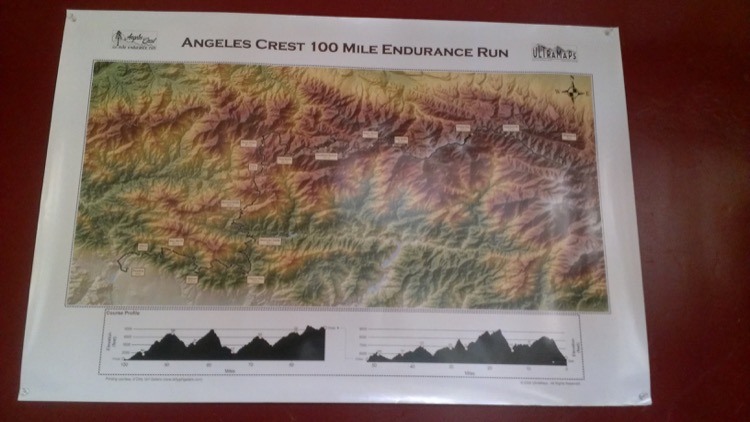 You best be emotionally engaged for this beast of a course, the Angeles Crest 100. Photo: Jeff Kozak

The week after Speedgoat, if I wasn’t at work I was horizontal; sleeping, resting. Predictably, I was hit with a nasty headcold. The training calendar goose eggs piled up. The fatigue was deep, and the feet of my motivation now couldn’t even touch the bottom in the shallow end of the psych pool.

Three weeks out from race day, and not really wanting to make another training trip south, I nevertheless headed to the San Gabes for three days to recon the recently announced, and significantly less than exciting, course changes, and attempt to rekindle some fire. It was a disaster.

Day One left me shockingly tired and with…what? Sore quads after a modest mileage and vert day? Not good.

Day Two was a lesson in communication breakdown that left me frustratingly alone on a cul-de-sac curb at midnight at the bizarro interface of SoCal suburbia putting green-manicured lawns and astonishingly-rugged mountains contemplating just what the fuck, while waiting for a couple of friends to finish up the training run I wanted to be having. It wasn’t their fault I was overtrained, as threadbare as my tired-looking shorts, and unable to keep pace. I overstepped my frustration bounds in response. Something was awry.

Day Three I bolted back north for the Sierra, my lifelong sanctuary. Trailhead truck camping at 10000’, a few beers, and a hard morning run up Cottonwood Pass brought some much needed, if confusing at first, clarity. Whatever excitement I initially had about returning to the Angeles Crest 100 after so many years, for a spicy variety of reasons, was completely gone; vanquished by the vagaries of life and brain chemistry. The process had felt forced for some time now. It’s difficult to simultaneously shift course and gears though, with the engine gunned, and your vehicle pointed in a direction of your own choosing. The question marks created by incessant second guessing fall down like heavy rain, obscuring the view forward.

The Sierra backcountry run had been like flipping on the wiper blades. So focused on Angeles Crest training, it was nearly August now and the fleeting days of alpine summer were passing by like so many ignored vista point signs. A big part of me craved the endless granite views, above all else. The fastpack in the Ruby Mountains of Nevada had been the greatest source of satisfaction. It all made sense now. The future immediately down the road was crystal clear. I knew what I needed to do and suddenly the decision came easy. In my heart, it felt right.

Emotional engagement, or being highly motivated on all levels by what you are pursuing, is a critical part of success, or at the very least, enjoying the process, in any undertaking in life, including athletic endeavors. Without it, you will likely fall way short of your expectations, and often be miserable in pursuit of the probable mediocrity. There is no couch-to-engagement in five weeks training plan. No coach can mastermind it, or find it for you if you lose it. A random spark from some chance life experience may set a potential desire smoldering but ultimately the fiery passion of being fully engaged, and remaining so for the duration, comes wholly from within.

The muse of engagement can change dramatically and rapidly too, and, as I discovered, sometimes the best choice you can make is to take that unexpected fork in the road and dismiss the notions of ‘quitting’ that often come with it.

On that late July day in the Southern Sierra, I decided to pull the plug on Angeles Crest and focus on fastpacking and a fall unsupported and solo 222-mile John Muir Trail effort. The remainder of the summer was overflowing with emotional engagement. I now have my elusive JMT finish, but a solid AC performance still eludes me. I have never once regretted the decision though, or wondered ‘What if?’

Life, like the races we sign up for or the adventures we plot, is all about choices. Constant choices. You make them. You move forward; and you try to be happy with the outcome. Feeling a lack of motivation? Feeling uninspired? Listen to your heart. It is the wellspring of emotional engagement, and it will tell you what to do.