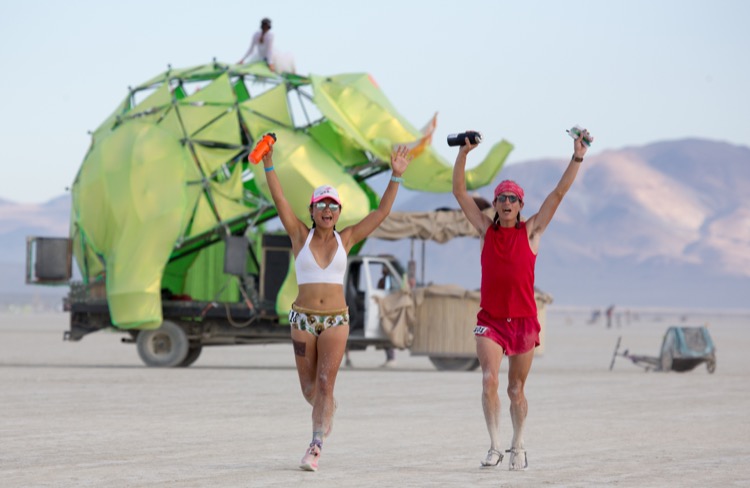 Andrew Snopes cheers with Stephanie Sher as she races to a PR. Photo: Marc Wierenga

Are you the kind of runner who regularly forgets to start their watch and never even bothers looking at it anyway? For you, is the measure of a race not the time, but how much fun you had? Are you the kind of runner seeking races that run past flaming pieces of art, kissing booths, tutus, epic sunrises, dust storms, costumed dancers and people offering you champagne, rum, cigarettes and whiskey?

If you answered YES, you belong at the Burning Man Ultramarathon. 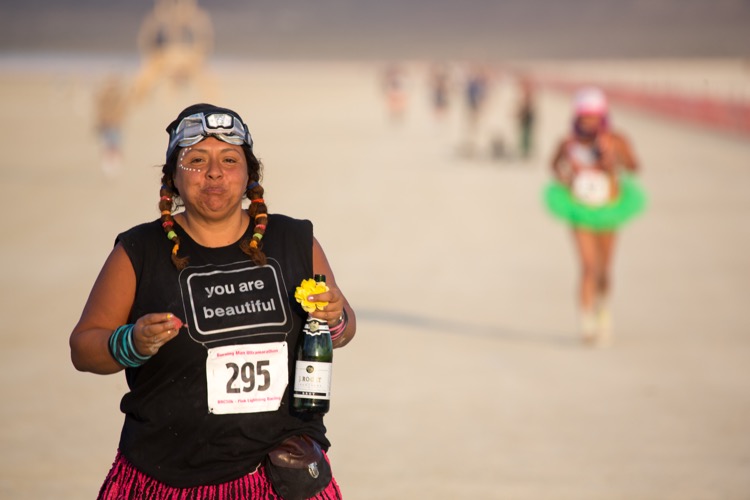 In its eighth year, the Black Rock City 50K is a loop course on flat, dusty, hot surfaces through the city and deep playa of Burning Man, a ticketed festival that is a community experiment. Burning Man exists for only a week and money is useless (except to buy coffee and ice), conversation is the main commodity, gifts are exchanged freely, art is burned and the moment to embrace is the present one.

Even though 2017 was one of the hottest years on record for Black Rock City, the race was fast and fun. Tyler Jones, a first-time BRC50k runner, won the race in a blazing fast 3:23:03, followed by Nils Arend in 3:30:41. Kathy D’Onfrio won the women’s race yet again, running 4:32:03, followed by Whitney McFadden in 4:48:06. Bob Hearn demonstrated his all-around talent by showing not only can he run ultras fast, but he can run them fast naked when he won Fastest Naked Runner in 4:08:33. 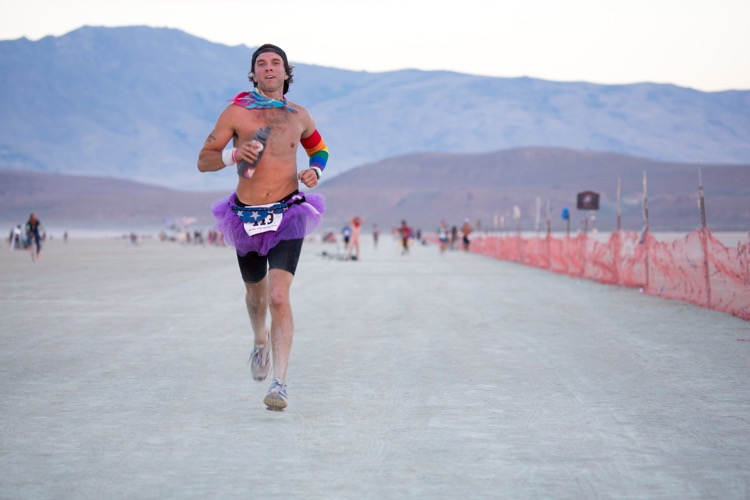 Brian Biros pounds it out in style. Photo: Marc Wierenga

If this is for you, get a ticket to Burning Man, immerse yourself in the experience, and run a 50k in the middle of the dustiest, hottest, craziest week on the planet.

See www.burningman50k.com for the full details!