Bracy and Hammond named #8 2019 UltraRunners of the Year 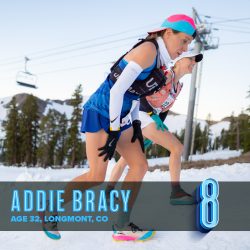 Addie Bracy checks in as number eight in 2019. Bracy had a strong and consistent year, with podium finishes at Way Too Cool, Lake Sonoma 50 and The North Face Endurance Challenge. She also won the Quad Rock 50 and was ninth at Western States. Bracy lives in Boulder, Colorado, with her partner Corey, and recently completed a graduate program in sports and performance psychology at the University of Denver. – John Medinger. Photo: Paul Nelson 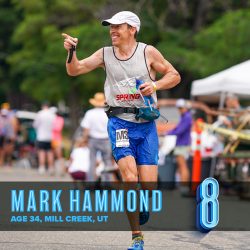 I wonder why you feel the need to state the women’s results by using “Place” and “Gender Place” and not the men’s. The gender place IS the place. Their “overall standing” is detracting from the purpose and entirely unnecessary.

Despite what some may think, the men and women are not competing against one another. There are two races occurring simultaneously and this continued fixation/default to the overall standing does a disservice to our sport.

If you are going to categorize it this way then at least be consistent. I wonder what “Gender Place” Mark was at UTMB for example? If I truly cared (which I’m sure most don’t) I could look that up. I would encourage you to remove this and be consistent.

Hi Ryan, you are correct it is inconsistent. Working on updating these now.