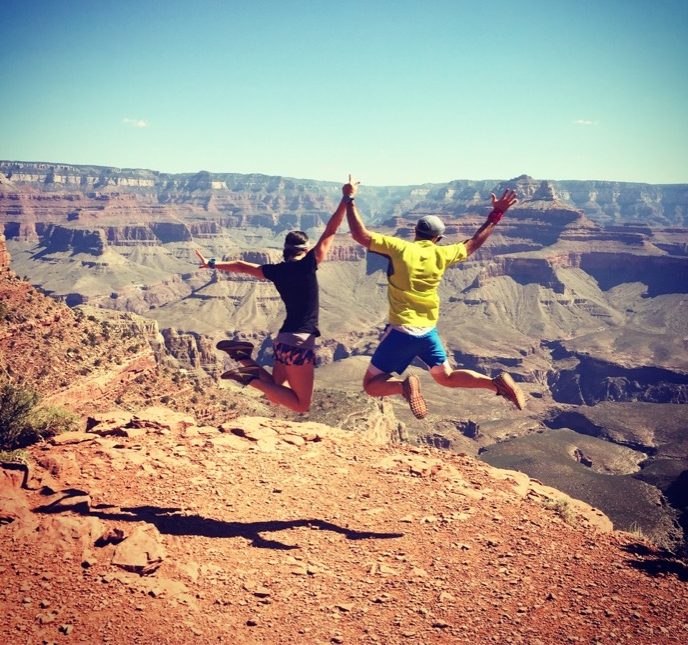 Meghan Slavin and husband Brian jump for joy at the Grand Canyon.

As Meghan rounded the last corner of the Elephant Mountain 50K in 2015, she was overwhelmed with emotion. This was the furthest she had ever run, and her entire family had surprised her at the finish line. “I was immediately filled with so much joy and brought to tears as I got to hug everyone. From then on out, I knew I was in it for the long run.”

Meghan Slavin was born in Massachusetts, and her family relocated to Phoenix, AZ, when she was seven years old. “My life was pretty much gymnastics and school. We worked out in the gym 20-30 hours per week.” It taught her a lot about dedication and hard work, “I think I am the way I am, because when you’re in a sport as demanding as gymnastics, you have to learn time management.”

After a string of injuries in high school and many days spent in physical therapy, Meghan switched her focus, “I wanted to be able to walk when I was 20.” With her gymnastics days behind her, she had a big void to fill. Her dad was a marathon runner, which intrigued Meghan, and at the age of 18, she decided to join him for a run. When she turned 20, her friend suggested that she sign up for the San Diego Rock ‘n’ Roll Marathon and in 2006, Meghan finished her first marathon. “I got through it. I didn’t love it and told myself I would never do it again.”

In 2013, Meghan and her husband, Brian, joined a local running group, the Arizona Trail Leggers. “I was very scared and intimidated by these people who could run in the mountains. And there were snakes and rocks on the trails!” The couple put their worries aside and joined the Trail Leggers for a run. “It’s such an awesome, close-knit community with positive, great people.”

Meghan ran shorter distances on the trails and paced her friends, but found herself wanting more. So, she signed up for the Javelina Jundred in 2017, just five weeks before the race. She had been running with friends who were training for 100-milers and decided to take a leap of faith. “I was putting in the miles and I know that’s not how most people go about it, but I was just going to try.” She had told friends and family that she was hoping to finish in 27-30 hours, yet her finish time clocked in at under 22 hours. “I don’t know how that happened. I went in with zero pressure, zero expectations and zero stress. That day was just really special.” 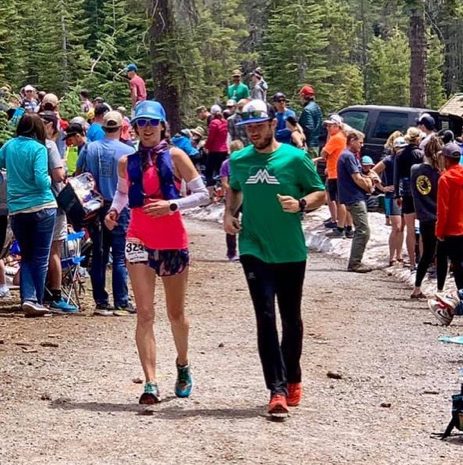 Meghan and her husband, Brian, at Western States. 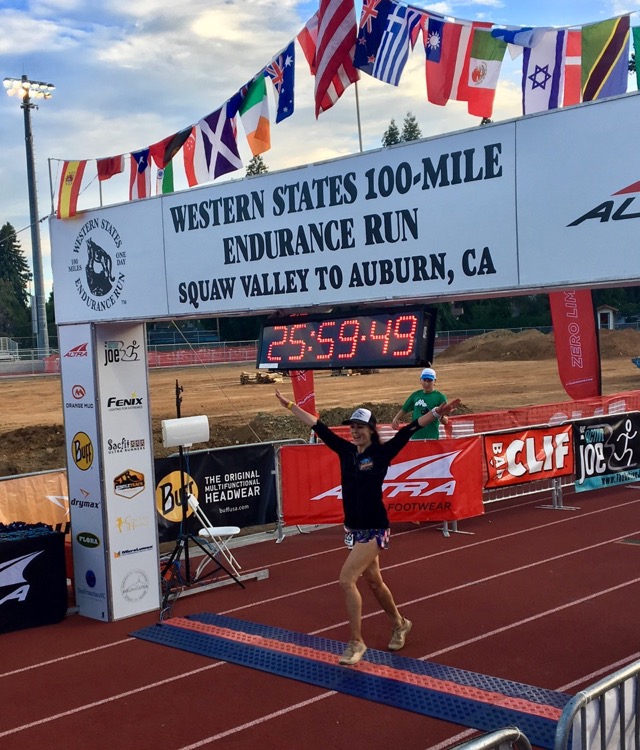 Then, in December of 2018, Meghan won the lottery. The Western States lottery, that is. Meghan trained hard, logging 70+ mile weeks, but on race day, she had to gut it out through many lows. Fortunately, she had a positive crew that rallied around her. Her favorite memory of the day was when Brian paced her from mile 94 to the finish. “Having my husband run with me during the most historic part of the race, climbing up Robie Point, running through neighborhoods lined with people cheering and then running around the track, is something I’ll never  forget.”

Meghan has many running goals ahead of her, including some unfinished business at Western States. “I want to go back and perform the way I was training. I feel like I learned so many things that day.” She knows she can’t fixate on the lottery, so she’ll continue to compete at qualifying races and see how her luck plays out. Meghan speaks candidly about what she’s accomplished over the past years. “You really learn a lot about yourself when you are alone in the desert. I learned that you should always chase your dreams, no matter how big or how small. When things get tough, you need to dig deep and think of all the hard work and dedication you have put into your goals, and then keep moving forward.”