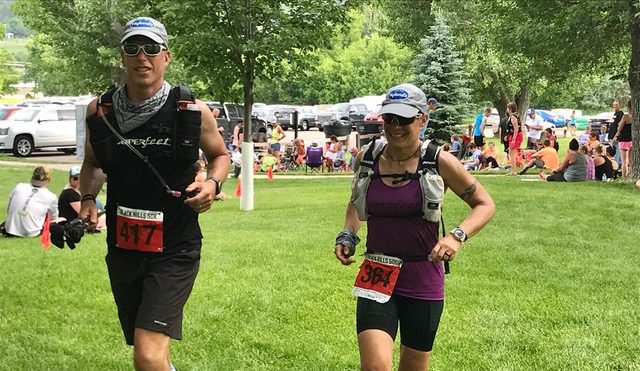 Imagine waking up to a sunrise in a new place every morning with the next adventure waiting around the corner. This is the life of Amy Margolis and David Wilson. Van life has taken them all over the United States for the past two years, trekking through the mountains of Colorado, running through the deserts of Arizona and cruising streets of Boston. “I work remotely four days a week, so most of our activity is in the morning or early afternoon,” Amy explains. Training together or solo, “It is a great mix of time that works really well for us.”

The pair met at the Lake Stevens 70.3, a half Ironman race, north of Seattle. “We developed a strong friendship, running and swimming together, and it eventually led to a romantic relationship. If there is such a thing as a soulmate, I have found him,” beams Amy. David chimes in, “We spent four years developing a strong friendship. We are both on our second marriage and we have learned what is important to us in a relationship.” One particular running memory stands out to David, “My most joyous moment was watching Amy achieve her goal of qualifying for Boston. It was never a huge goal of mine but at that same race, I was able to qualify and we had the opportunity to run the Boston Marathon together in 2017.” 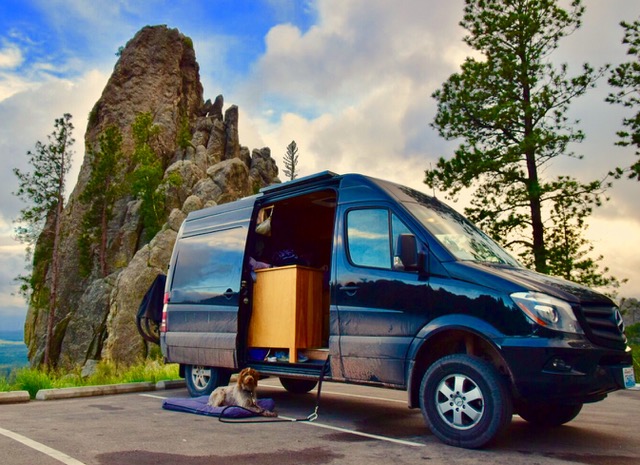 Amy decided to run her first 100k at Black Canyon in February 2019. They had settled in Arizona for a few weeks to acclimate themselves and become familiar with the course. Ultimately, they were forced to reroute parts of the course, as the water crossings were too high and too dangerous for runners. So, instead of point-to-point, it became a partial out-and-back course. “I had my two best running partners to crew and pace me: David and my friend Joan.” David paced her the last 22 miles in the dark. Amy navigated the long, dark section of trail with its narrow steep drop offs on one side and cacti on the other. “It was so dark and with two-way traffic and a crappy light, I walked most of this section. But I had plenty of time, was feeling good and had David keeping me moving. I crossed the finish line in under 17 hours and earned a ticket to the Western States lottery. It was an amazing feeling to accomplish something that just 10 years prior, I never could have imagined doing.”

David, up for a huge challenge himself, signed up for the Leadville 100 in 2019. But he didn’t stop there, he also entered the grueling Leadman race series. “This is an extremely challenging series and it is all about staying healthy throughout training and racing. We were fortunate enough to have the ability to live in Leadville for the entire summer, acclimate to the altitude and train on the race course.”

His lowest point of the race was climbing back over Hope Pass, a 12-mile section with over 2,700 feet of climbing at 10,000–12,000 feet of elevation. “I was really struggling. Amy kept me moving and motivated.” David remembers screaming “Grits, guts, determination. I will not fucking quit!” He crossed the finish line, hand-in-hand with his support crew. “Those are my people. The people that allowed me to accomplish my goal of becoming a Leadman. I finished with a time of 29:39 and was one of 60 to complete the Leadman Series in 2019.” 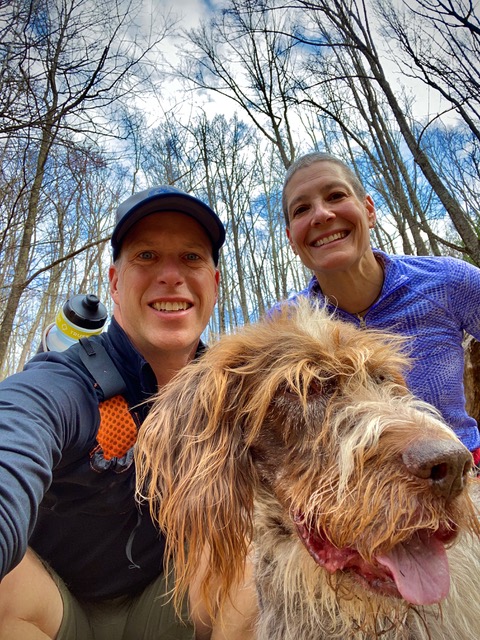 Their respect and love for one another is clearly evident. “I love sharing experience with David. He also pushes me way outside of my comfort zone during some of our adventures and I love that. It has allowed me to realize I can do so much more than I ever thought possible.” David smiles, “I have never had someone who wanted to spend so much time with me, including all of our crazy adventures, until I met Amy. Once in a while I get a run in by myself but most of the time we run together and that is where I find the most joy.”

The ultrarunning community has influenced their outlook on life in a monumental way. “We feel so lucky to be able to spend most of our time together and with Mira, the wonder dog, in the outdoors, training and racing. We have been blessed to be able to do the ‘van life’ thing for two years now, and it has been an incredible experience. We have met so many amazing people along the way who are now life-long friends.”

These two are some of my FAV people x