Basham and Schlarb named #10 2019 UltraRunners of the Year 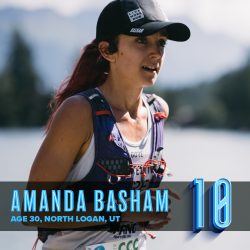 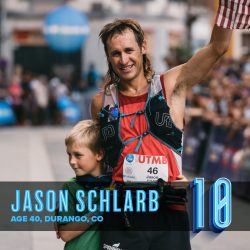 Jason Schlarb checks in at number 10 for 2019. Schlarb ran six ultras in four different countries, winning three of them: Tushars Mountain 100K (his only domestic race), Ultra Trail Huachi 50K in Mexico, and Ushuaia by UTMB 130km in the Argentine Patagonia. When not circling the globe in search of adventure, Schlarb lives in Durango, Colorado, with his partner, Meredith, and son, Felix. – John Medinger. Photo: Matte Trappe

Hey UR magazine folks, why do you include the overall place and gender place for the women’s results while only showing the overall result for the men? This perpetuates the incorrect idea that the women’s race is a sub-category of the overall race. Women and men are not competing against each other. They are running separate races. The only relevant place designation for Amanda at CCC is 2nd place (not 30th overall) and the only relevant place designation for Mark at UTMB is 60th place (not 66th overall).

Hi Silke, you are correct it is inconsistent. Working on updating these now.