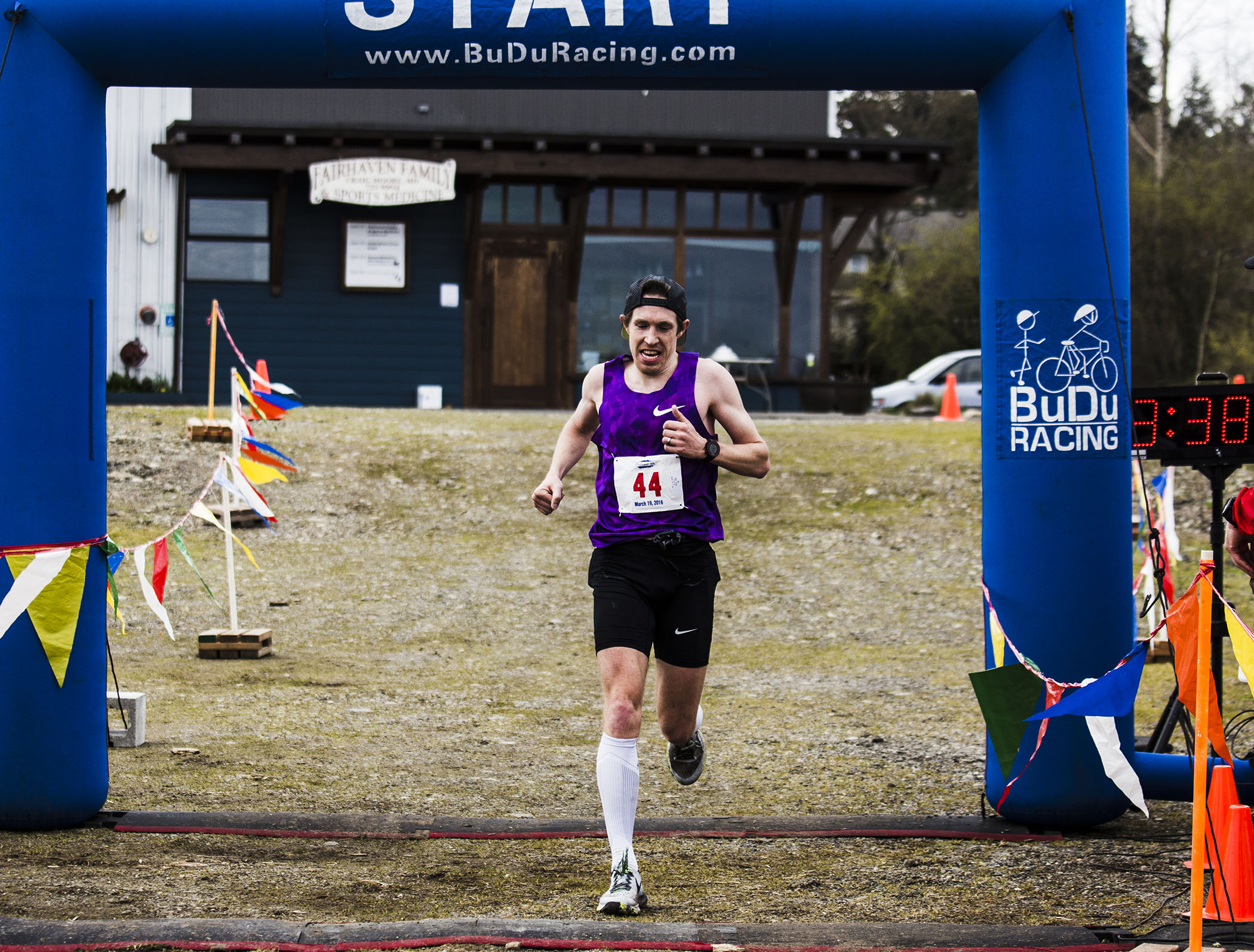 Ryan Bak won Chuckanut 50K last weekend with the second fastest time in the race’s history, propelling him into next month’s Lake Sonoma 50.  While he seems to be finding a career as a professional runner once again (he previously ran for Oregon Track Club and Team USA Monterey Bay), this time he’s in Bend, OR.  Surrounded by a like-minded community of professional athletes, most have professional careers and young families, and for Ryan, this balance has made all the difference.

This was his first time on the Chuckanut course and while he went into the race with confidence, Ryan had some initial concerns, “To be completely honest, I felt relatively under-prepared and a little beat up going in.  I only put in a couple of runs over two hours, with the longest being a couple of weeks before the race.  I also went in with a very sore calf that had cramped up during a tempo workout about 10 days before.”  None of those worries plagued him during the race and he finished the 50K in 3:38:17, just two and half minutes behind the course record set by Max King in 2014.

Over the last five years, Ryan’s made an impressive move on the ultra scene, placing second at the 2011 Trans Rockies with teammate, King, and finishing second in both Way Too Cool and Lake Sonoma last year.  His win at Lithia Loop Marathon and third place finish at TNF Endurance Challenge both capped off a stellar 2015, and he seems to have returned right where he left off.

When asked about his running during the off-season he explained, “My training has been at a lower volume than usual, with the past several months having seen weekly training volume in the range of 30-80 miles per week.  I try to focus on keeping long runs in my schedule every 7-10 days, even if my total training volume is low.”

But Ryan’s limited volume has had little to do with running.  “My wife Natalie and I have two young children, Sawyer, 2, and Scarlet, 6 months, and my focus has been on supporting them.  As a real estate broker I work seven days a week, but I try very hard to put my family first.”  Fellow Bendites, including elites like Max King and Mario Mendoza, have also discovered the benefits of a balanced lifestyle.  Ryan states, “Bend is a perfect community to continue athletic pursuits while also growing a professional career.  It’s a work hard – play hard environment that encourages and supports success on all fronts, while at the same time still maintaining a laid back atmosphere.”  Not to mention, we might add, an incredible selection of training partners.