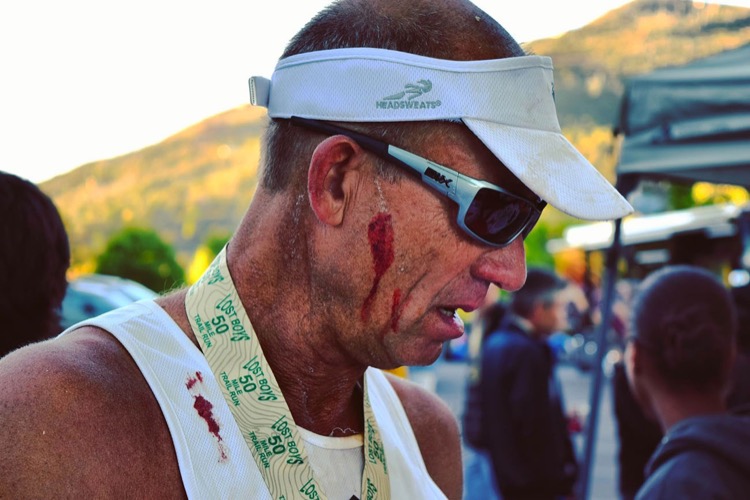 Another Fall From Grace

Recently, coming off a year of successful ultramarathons, I was pretty jacked. My plan was to complete more of my “bucket list” races for the summer. After all, it was only June 1. I mean, I’ve rested a whole three days since my last hard 50 mile race (I’ve had plenty of rest!), and I’m feeling amazingly great too! Could I complete three more ultras this year? Four more? It was a big stretch, but possible. If I was smart, that is…

So, the training continued…again. Ahhh…those were the salad days. And as I’ve said before, pride goeth before the fall. It wasn’t even two weeks later when I suffered a major blow – mostly in my mind, but physically, in my whole left leg. Just like that – could my year be finished? What about running in general? Could this be the end? I have always dreaded this day. Could this be it?

Backing up a tad, being summer and all, it was hot. Not just in the 90s, but 110 degrees. I could endure any kind of heat though – no matter, bring it on. I’ve done it before. I love it. (Dumb meets dumb.) Oh, and in the process, I could be very cool and look like Anton Krupicka with my shirt off, gracefully dancing up a boulder-strewn mountain. I should also be cooler without the shirt, right? I mean, who needs a shirt anyway? (Dumb meets dumber.) I want a full-on tan, man. I’m just going for a seven miler – I don’t need any electrolytes or food. I’ve got a ¾-filled water bottle, I’m good! (Dumber meets dumbest.) Two weeks of this attitude, and big-time heat led to my demise.

Tripping on a rock with my right foot, I lunged to catch myself. I heard a sickening “snap, crackle, and pop.” A moment later my left leg seized with a monumental cramp. When my foot finally hit the ground, the pain I felt was incomprehensible. Shocked, I screamed in pain. No one heard me. Why would anyone but me be out in a windless, desert canyon on a 110 degree afternoon? Luckily, I was only a few hundred yards from my car, but it still took me half an hour to get there. I couldn’t put any weight on the leg at all. I was in deep doodoo. 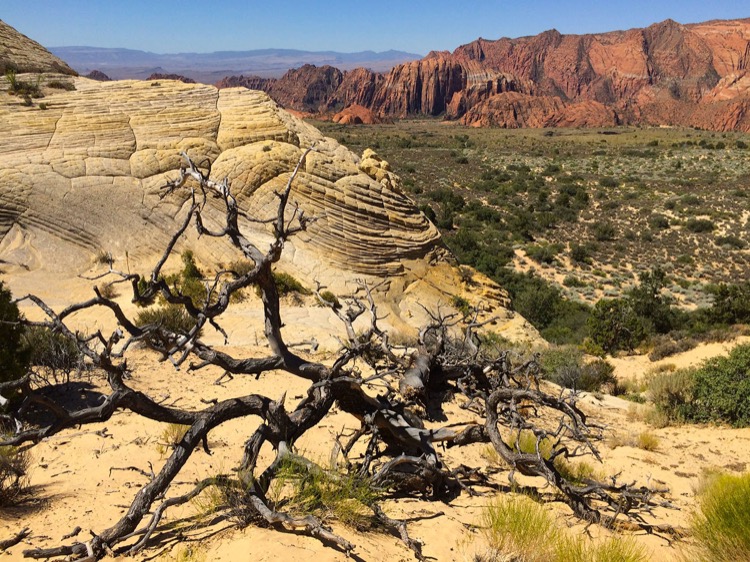 The area where the injury happened in Snow Canyon outside of St. George Utah where the author lives. Photo: Norb Lyle

After a month of researching recovery methods on the Internet, not listening to vital logic from my wife, and berating myself, I finally went to the doctor. He determined in about 30 seconds that I had snapped the tendon that connects the back of the foot up to the knee. A blood test also revealed my magnesium level was dangerously low. Another three weeks of no running. This whole dumb, invincible attitude cost me two months of training, no racing for the rest of the year, and a very long and slow process of rehab. Not fun.

What did I learn?

Hope you heal fast! Best of luck Norb! Your lucky…I wish I had the time to run. Keep on truckin’ Norb!

Thanks so much Jim! One of these days we’ll go for a run- mark my words!

Yikes, heal up soon Norb but don’t rush too much. Your writing voice sounds like the same ol’ Norb! Snow Canyon would be a national park if it were anywhere but Utah, wouldn’t it?

Snow Canyon State Park is really amazing. Down lower in the canyon there’s a lot of sand. A fantastic trail skirts along the upper north side of the canyon with dramatic views. Love it.

Another great story Norb! Good messages there man. Be safe there bro!

Thanks Bro. 60 has I think, finally settled in with me to be way more cautious than I have been in the past. I’m lucky to have made it this far, I guess!

Good info here, thanks for writing!

The mention of magnesium loss reminds me that there are many medications that can mess up our electrolytes even without the sweat loss of endurance events. PPIs (Prilosec, Nexium, etc) can cause loss of magnesium. HCTZ (hydrochlorothiazide), a common blood pressure medication, can cause loss of sodium and potassium. Certain common medications can cause low sodium and low blood sugar. Sometimes, health care providers/prescribers fail to mention these potential side effects, not realizing how they can be amplified in an endurance athlete.

Wow. That is great to know. Thank you for sharing this info Elizabeth! I will try to remember this. Thanks so much!

There but for the grace of…
I ran above Snow Canyon at 108° June 23 by myself. At 55, I was cautious, but I went anyway. Your story makes me so happy to not be the author. Thanks

really a great story thanks!!

Really glad to do it! Thanks so much! Love it!

It is so easy to get carried away on my successes. If I do not respect the distance or the conditions, I am putting myself in harms way. Thanks for the reminder. I have the t-shirt…

“Respect the distance!” I love it. Good one. Thanks man!