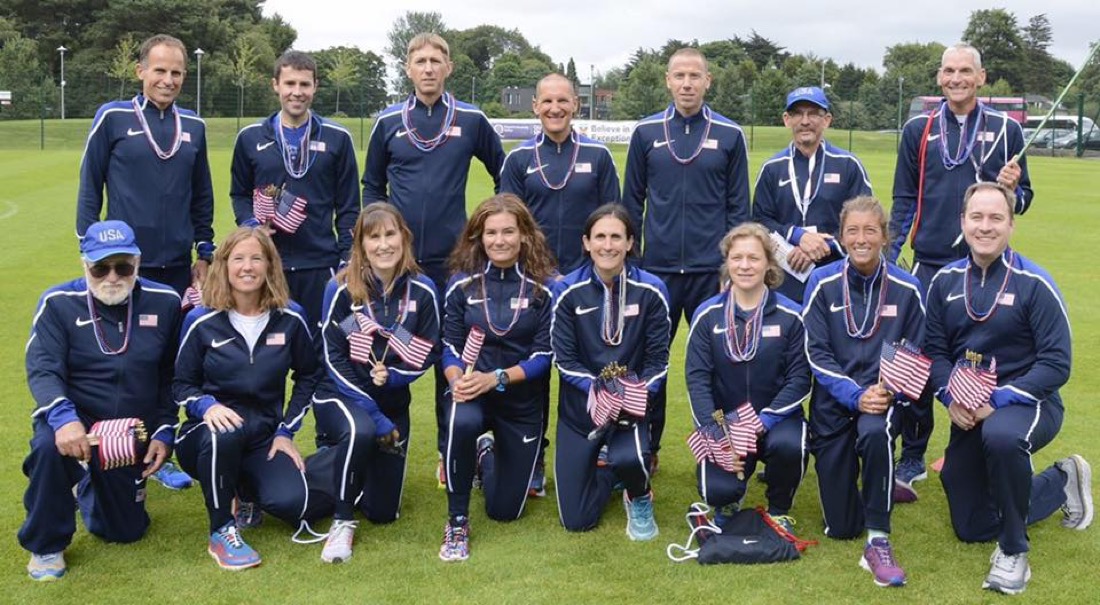 A Primer on MUT and USATF

Participation in mountain, ultra and trail (MUT) races continues to grow by leaps and bounds each year. However, many people in the sport have little understanding of the role that USA Track & Field (USATF) plays in the MUT world. As a MUT representative with USATF and a member of multiple US Teams for World Championships, my goal with this article is to shed some light on that relationship and its history, as well as the history and structure of various World Championships in MUT.

The mission of the MUT Council within USATF is to continue to grow participation in the MUT community; to select and oversee National Championship races; and to write qualifying standards for and select National Teams to participate in World Championships.

Currently, there are six World Championships that fall into the MUT category and for which USATF fields a team. All of these championships are under the patronage of the International Association of Athletics Federations (IAAF). USATF also fields two other teams: a team for the NACAC Mountain Running Championships (North America, Central America and Caribbean) and a team for the Mountain Running International Youth Cup (for 16- and 17-year-olds). 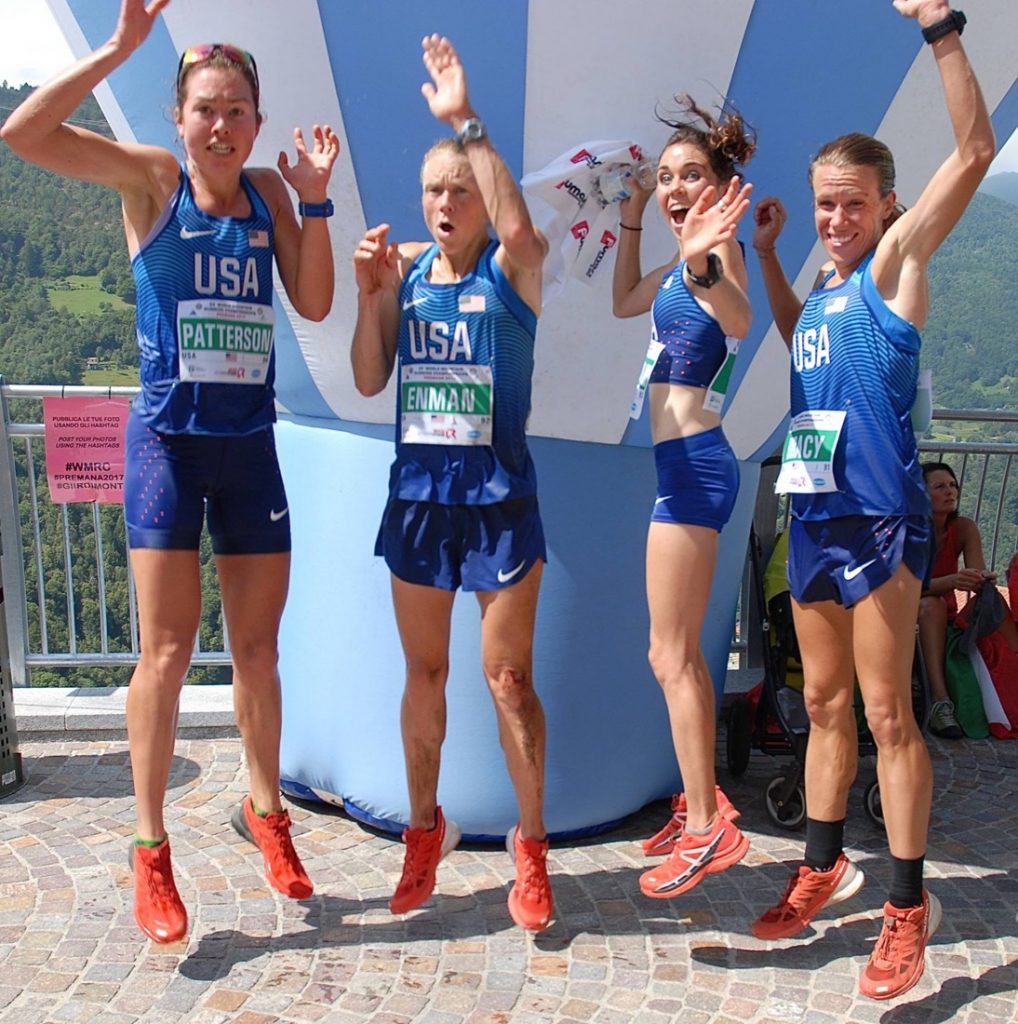 While the six World Championship events only gained that particular status under the IAAF in the last decade, most have been around longer under various past labels of World Trophy, Cup, or Challenge. The international governing bodies that oversee and help organize these events are the International Association of Ultrarunners (IAU), the World Mountain Running Association (WMRA) and the International Trail Running Association (ITRA). All of these acronyms and organizational hierarchies can admittedly be a bit confusing, but the table below helps to clarify the structure and event timeline.

The third column listed in the table shows when the event first began with “world” participation – i.e., a global competition – as a Trophy, Cup or Challenge race. As the races gained momentum and global participation, they were converted to official World Championships. Among other things, this designation requires host organizations to provide some level of funding for athletes – typically in the form of subsidized room and board.

At each championship, overall medals are awarded to the top 10 males and females. Including all of these events, a total of $47,900 in prize money is being offered in 2017. This money is provided by the race organizers, not USATF. Prize money is a significant factor when the MUT Council reviews bids for National Championship race candidates. Ideally the National Championship events are used as a basis for team member selection for World Championship events, but not all the events have ideal timing and the qualification and team selection procedures for each World Championship team differs. More information on these procedures can be found on the USATF website’s Mountain/Ultra/Trail page. 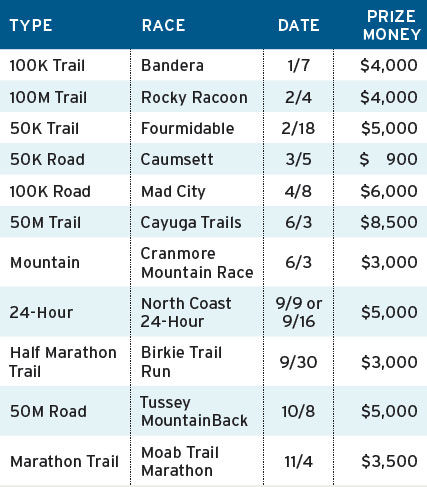 The MUT Council was formed within USATF in 1998 with an annual budget of $600, which came from within the budgets of various existing divisions – Women’s, Men’s and Master’s. In 1999, MUT was included in the USATF budget as a line item for the first time. Beginning with that year, MUT received $5,000 annually through 2008. Funding began increasing the next year – $8,000 in 2009, $26,000 in 2010, $32,500 in 2011, etc. – reaching its current peak of $92,000 for 2017. Of that, $61,000 is allocated specifically for World Championship team support in the form of partial travel reimbursements. (Currently, only the six World Championship teams receive this partial funding – and not the two other teams mentioned previously – as the MUT Council considers those teams to be its priority.) Around $6,000 from the budget covers the cost of uniforms and shipping, while the remaining $25,000 is allocated for National Championships and committee-related expenses. 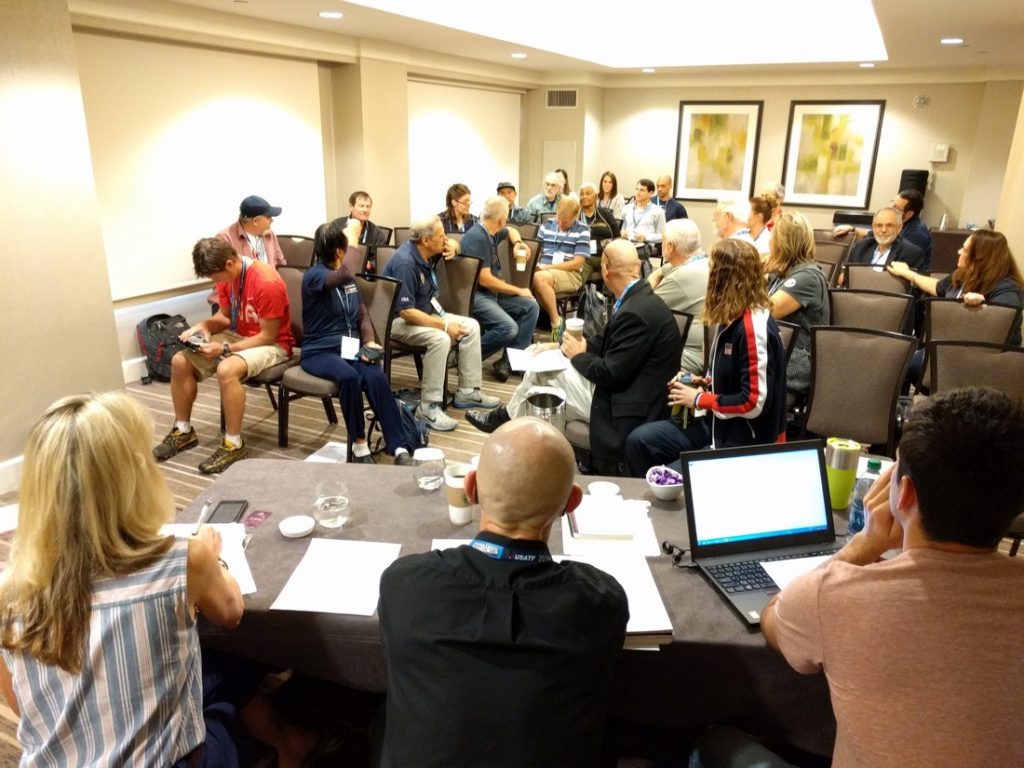 The MUT budget has grown substantially in the last decade, but so have expenditures with more World Championship teams and more National Championships. (While the MUT Council doesn’t provide prize money for National Championships, it does spend money on medals and travel for MUT liaisons, who help oversee the event, award medals and provide press coverage.) Prior to the MUT Council forming within USATF, athletes who were participating in World Cups or Challenges had to individually lobby to even acquire uniforms (usually paying for them themselves) and pay their own expenses for events. (Two exceptions are in 1994 and 1996, when USATF allocated some money for the 100K teams.)

Roy Pirrung, an MUT Council member and long-time MUT athlete, has been a vocal advocate for the 24-hour teams since the early 1990s. He and another athlete, Dan Brannen, worked to acquire funds and uniforms from USATF prior to the MUT Council’s formation. Other advocates instrumental in gaining support for MUT runners over the years include Kevin Setnes, Lorraine Gersitz, Janice Anderson, Chrissy Fergusson and many others.

Beginning in 2002, the American Trail Running Association (ATRA) – a nonprofit organization dedicated to promoting MUT running – helped raise money for National Teams in the mountain running category, in addition to finding sponsors over the years. ATRA’s founder and executive director, Nancy Hobbs, has long advocated for an increased MUT budget within USATF. (Note: USATF’s budget for 2017 is slightly over $40 million.)

Recently, ATRA has raised extra funds for the Trail Running World Championships Team through a partnership with the nutrition company Bogg’s Trail Butter.

This sort of creative funding is commonplace in the MUT world. For instance, Paul Kirsch and Chris Dunn, two mountain-running advocates, have donated funds to the mountain running team from proceeds of events they have hosted in New England. Two years ago, top MUT runner Sage Canaday donated proceeds from his short film, MUT Runner, to the World Long-Distance Mountain Running Championships Team. Howard Nippert makes bandanas with an extra pocket for ice (runners in hot races tie these bandanas around their necks to help stay cool), with all proceeds going for the 24-hour World Championships Team. Tim Yanacheck, race director of the Mad City 100K, the perennial US 100K National Championship, has solicited donations for the 100K World Championships Team. Ian Golden, race director of the Cayuga Trails 50 Mile, which has recently served as the US 50 Mile National Championship, has paid for the World Championship travel of the winners of his race (which has been an auto-qualifier for the Trail Running World Championships).

These examples show the broad-based support and creativity used to help send our country’s best athletes to compete on the world stage. They also show how far we have to go in securing an appropriate level of support from our national governing body, USATF.

The MUT Council’s 2017 budget of $92,000 is not enough to fully fund our World Championship teams. The vast majority of athletes are still left paying out of pocket for a portion of their World Championships participation. Of course, this budget is $91,400 more than it was in 1998. Clearly, MUT has come a long way, but we aren’t done yet. We are currently about $60,000 short of full funding for all eight teams (the six World Championship teams plus the NACAC and youth teams).

Those of us working within the USATF structure are striving to share our message and build support both internally and externally. Internally, MUT has representation within the Athlete Advisory Committee (AAC) at USATF. The AAC is comprised of two athlete representatives from each of the following groups: Olympic runners, Olympic race walkers, Olympic throwers, Olympic jumpers, road runners, cross country runners and MUT. The MUT representatives are me (Traci Falbo) and Roy Pirrung. We have recently had some success in alerting other USATF athletes of our needs, as well as sharing our many successes on the world stage. This helps to set the stage for additional financial support from USATF.

Externally, the biggest factor that could help us to secure better support for our National Teams is increased participation in USATF events and increased USATF membership among all members of the MUT community. So when planning your next races, please consider a USATF event as it is one way to play a part in helping our US National Teams compete on the world stage.

Author’s Note: As one of the representatives of our community within USATF, I would strongly encourage more of our top athletes to get involved. Anyone who has placed in the top 10 at a National Championship in the past two years or competed on a World Championship team in the past 10 years are welcome. If interested in learning more and getting updates on what’s happening with MUT and the AAC, reach out to me at [email protected].

Thanks for your interest and promotion of the sport!

A wonderfully informative article. Thank you!