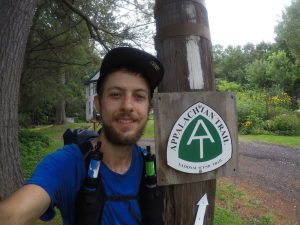 The AT has a long history of very strong efforts with the men including David Horton ’91, Pete Palmer ’99, Andrew Thompson ’05, Scott Jurek ’15, and Karl Meltzer ’16, all supported. “Stringbean” bettered them all while going Self-Supported, being 10 hours faster than “Speedgoat” from the previous year.

“World-class ultrarunners use support, and he beat them self-supported.”

“By far, the chart topper IMO!”

“Joe McConaughy pulled off an FKT on the AT without any of the normal hoopla that seems to accompany modern ‘ultrarunner’ attempts.”

“Everyone who finishes this thing in an FKT-style effort is necessarily a hollow shell by the end. To keep taking care of oneself with no help throughout that entire process should not be underestimated. The clear winner.” 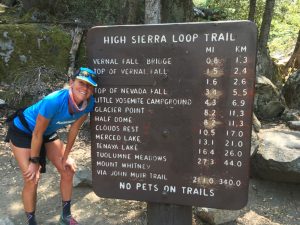 Piceu smashed the 10-year-old FKT of Sue Johnston by a whopping 12 hours. There was some controversy because of a small and unintentional route finding error: Piceu (and pacer Betsy Nye) took the Mist Trail part of the way down into Yosemite Valley, very near the end of the run.

“I would’ve ranked her higher, but IMO knowing the official trail and successfully staying on route are part of what differentiates FKTs from marked courses.”

“She just blew away the competition. Yes a route-finding error, but since she didn’t gain any time, I excuse this digression.”

“She broke a long-standing record, and even threatened the men’s record. It was a huge leap in what’s possible for women.”

“When I first heard the results I thought maybe I was misunderstanding her time, it was that fast and so close to breaking the Men’s FKT too!”