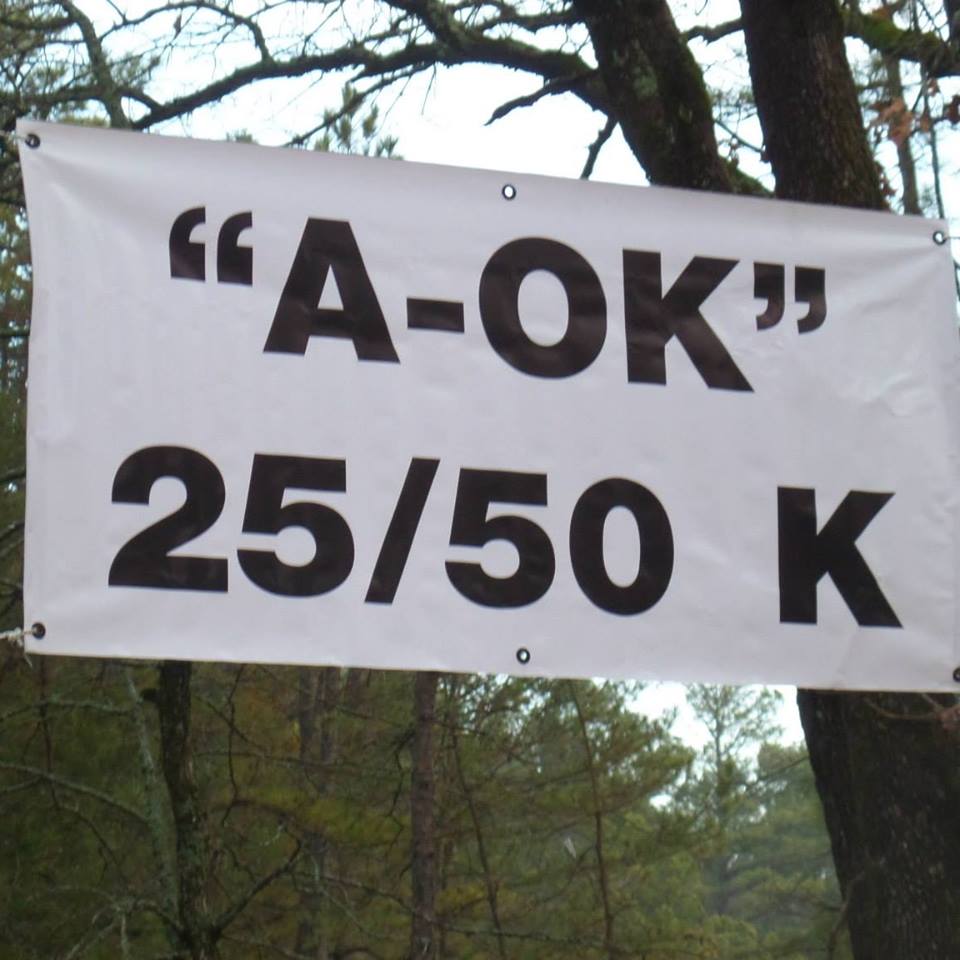 Thanks to good weather and volunteers Ben & Dora Bray, Brian & Jessica Baldwin, Duane Dalager, and my son Barry, the 22nd “A-OK” 25k/50k on March 6 near Atoka, Oklahoma, was a success. Thirty-three ran the 25k and seventeen the 50k, ranging in age from 15 to 63 years old. All finished within the 8-hour time limit. The route is a combination of single-track trail, dirt, and and gravel roads. With three aid stations, two of which runners pass through three times per loop, snacks and beverages were never far away. Especially appreciated were Cross Timbers’ leftovers and free use of the clock by director Teresa Estrada. Race numbers were donated by Luke’s Locker in Plano. Runners were encouraged to come to the pasta dinner and bonfire on Saturday, camp, and stay for homemade chili afterward on Sunday.

Of special note is Katie Graff’s overall win in the 25k, after making the 7-hour drive from Austin, no less! Her touching thank you note read in part: “I really appreciate all of your hard work and effort to ensure that the runners are safe and happy. This is only my second time for this race, but it has become one of my favorites. I appreciate the close-knit feeling and being able to spend time with everyone the night before.” 50k winner Frank Alba was a newcomer, as was Jose Vega, first 25k age 50+ finisher. There was again no 50+ female 50k finisher.

Winners of both the 25k (Katie Graff) & 50k (Frank Alba) races were awarded Trail Runner magazine subscriptions & free entry into next year’s race. Overall winners & first 50+ winners Laurie Underwood (25k), Jose Vega (50k), Steve Griffin (50k) also were awarded wine and free entry into next year’s race. All finishers received jars of honey and cedar plaques made by Ben Bray from a cedar tree cut on the property. With neighboring land owners’ permission, next year’s race will be held on the first Sunday in March 2017.