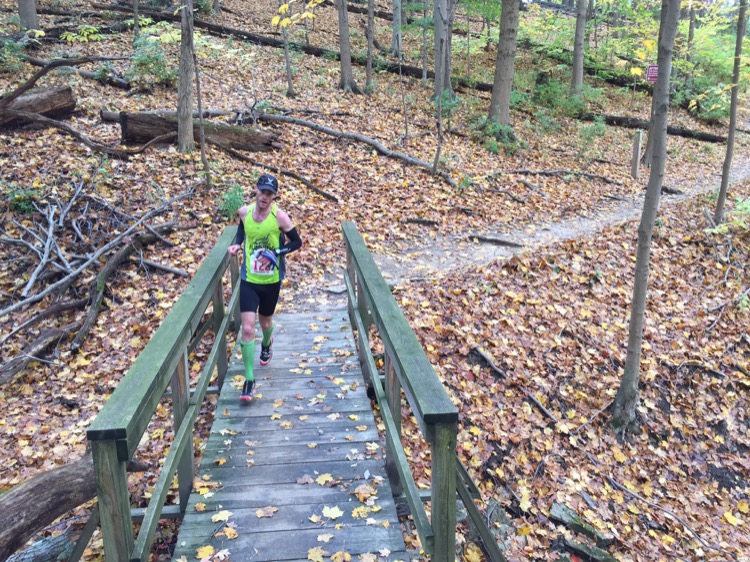 It was another great day to run the trails of historic Mount Airy Forest, near downtown Cincinnati. Temperatures were perfect, trails were blown clear of leaves, and marked well, and remained litter-free throughout the event. Two returning champions came back to make a run at the unique pottery awards this race is known for, appropriate for its stone steps moniker.

Jon Hastings, from Dublin, Ohio, defended his title in 3:58:23, logging only the third sub-four hour finish ever on this course. (David Riddle owns the other two sub-four hour finishes.) Kyle Bowman and Keith Knapp completed the podium. On the women’s side, Kory Boeing from Cincinnati won in 5:28:24. 2013 winner, Julie Cousins, was second and Laura Petra was third.

These last two years, the Stone Steps runners have participated in medical research on cognitive performance tasks before and after an endurance run. These studies have been conducted by our second place women’s finisher, Dr. Julie Cousins and her team.

While a complementary 27k event has been held with the 50k for several years, this is the first year the 27k was actually managed by the 50k race directors. The co-mingling was evident in the improved awards and support. We encourage the 27k runners to enjoy the trails even more by moving up to the 50k next year. Next year’s event will be October.