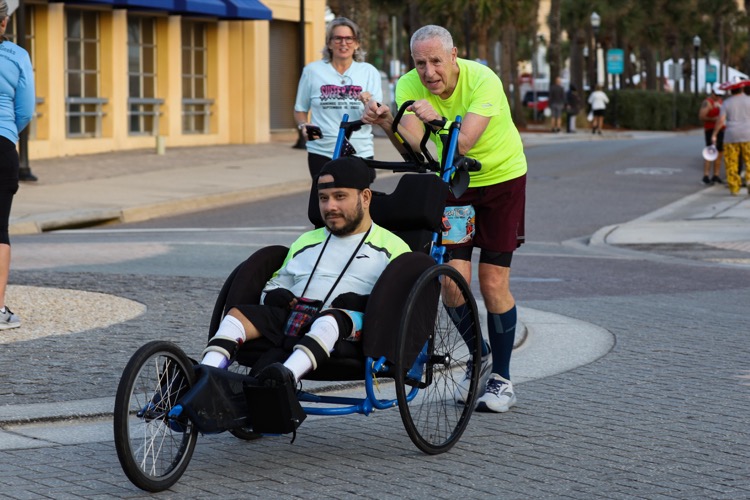 Running from Jacksonville Beach, Florida, to the Ponce Inlet Lighthouse just south of Daytona Beach, the eighth annual Daytona 100 took place December 3–4 along on a fast, flat and scenic ocean road course. Although the race was in its eighth year, it was my first year as race director.

With temps that reached the mid-70s on Saturday and Sunday, with a touch of Florida humidity, our runners from northern states were able to forget the snow they had left at home. Three weeks earlier, damage to this area of northern Florida caused by Hurricane Nicole—following on the heels of Hurricane Ian—triggered enormous stress about whether the race could proceed as planned. Credit goes to the very effective and rapid response by local government with quickly rebuilding completely washed-out sections of the road and other damage, reopening the route for normal use—including the Daytona 100. 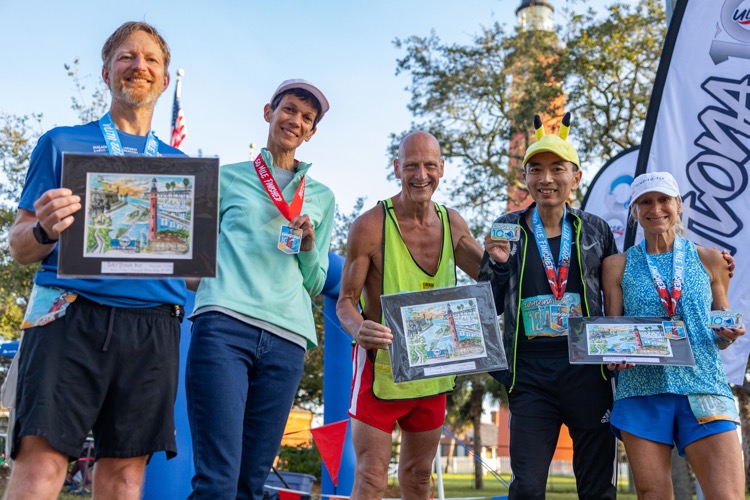 With distance options of 100 miles, 50 miles and 50 kilometers, we had 94 “hundo” finishers representing a respectable 79% finishing rate with a cutoff of 31 hours.  Two course records were set this year: the 50-mile overall winner was Violetta Yazlovskaya, who broke the previous women’s record in a time of 7:20:24, and in the 50k race, Darran Ford, from Epsom, Great Britain, set the new standard of 4:32:52. There was a tie for female winner in the 50k between Melissa McGinn and Ambler Hutchinson. Men’s winner in the 50-miler was Nicholas Rosatti in 9:08:34. The 100-mile race was won by Eduardo Souza in 16:18:10, with the top female champ and second place overall, Jessica Jones, finishing in 16:43:07.

Aaron Hale, a veteran of the United States Navy and Army who was blinded by an IED in 2011, completed his third 100-mile race at Daytona with Ty Aronson. The two met through their coach, Lisa Smith-Batchen, who knew about Aronson’s care for veteran causes. This was the first time Hale and Aronson had run together, and they completed 100 miles on pavement as a team. Hale finished in 30:41 and Aronson finished in 30:48. 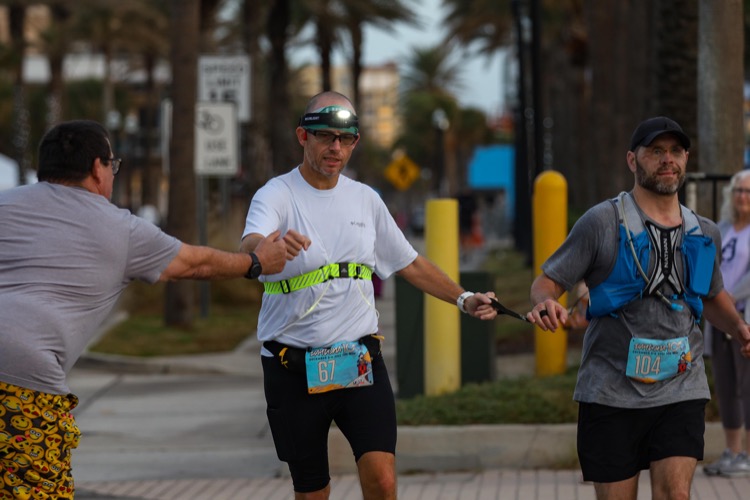 Blind runner Aaron Hale (#104) and one of his guides, Ty Aronson (#67), both of whom finished the 100-mile race. Fist bump by Mike Martinez, Chair of the official race charity, “Runners 4 Recovery” in Jacksonville. Photo: Tuan Nguyen 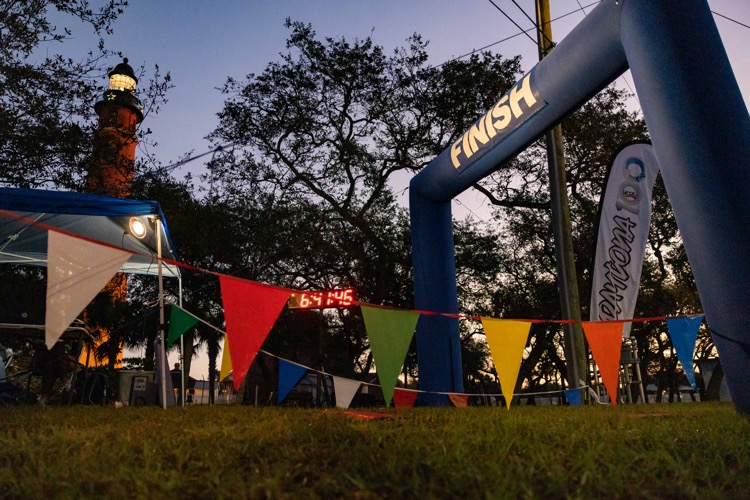 Changes this year included a new finish line in Davies Park at the foot of the historic lighthouse, new start lines in Jacksonville Beach and Flagler Beach, teams of marshals and physicians monitoring runner safety, and the return of electronic timing by Mike Melton and his team. The ninth annual Daytona 100 will return to the ocean in December 2023—one of a limited number of point-to-point road races in the US, including a sister race, the Keys 100.