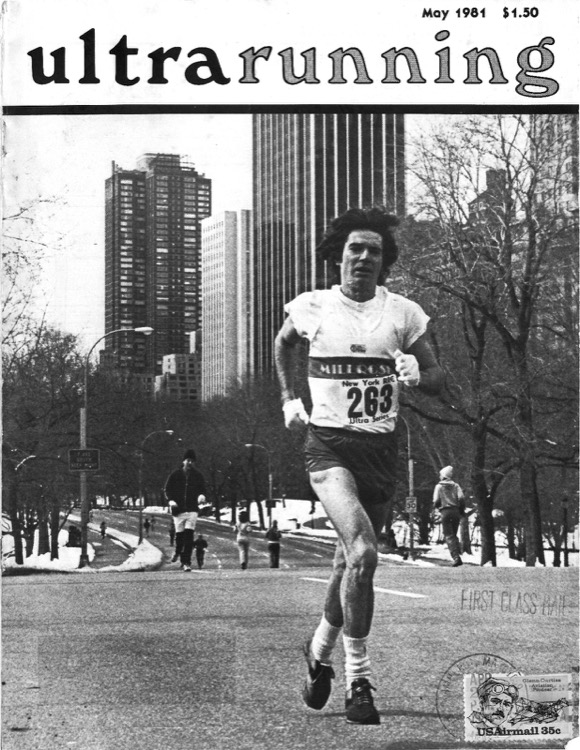 The International Triathlon held in Kailua-Kona, Hawaii has the reputation of being the most demanding individual sport in the world. It consists of three events: a 2.4 mile ocean swim, a 112 Fiile bike ride and a marathon run (26.2 mi). The event was held on Feb. 14 under sunny skies and 80 degree temperatures. The island was beautiful, and the spectators and contestants were very warm and friendly towards each other.

My training for this race began in November. A 2:46 marathon in Newport, Rhode island showed me that I was in fine running shape. I had been biking all summer and fall so 1 knew that I had a good base. Never a competitive swimmer, I at least had some experience swimming in ocean water. My knowledge of aquaLics and ability to handle myself in the water made me feel confident about the swim portion of the race. My training began with a 1000 yard swim every other day, but soon I had upped that to 4000-5000 yards every other day. Luckily, some of the competitive swimmers and coaches at Springfield College helped me with my swimming technique.

Virtually all of my bicycle training was done on a Monark stationary bicycle, which I converted with toe clips, racing handlebars, water bottle, seat and seat post. I rode 4-5 times a week for an hour or two each time. Often it was extremely boring, but friends riding stationary bikes next to me and a radio made the time pass more quickly. This aspect of my training helped me to become heat-acclimatized, as 1 wore extra clothing to promote sweating.

Twice a week 1 did some weight training to maintain my overall strength, but gave this up in the last four weeks to work more on the individual events. I continued to run 40-50 miles a week, training 3 hours a day from November until the event. I was still teaching and studying, and my total caloric intake increased considerably. I was consuming between 6000 and 7000 calories a day, with 3 large meals and two smaller ones in between. Fortunately, the Springfield College cafeteria proved to be an athlete’s delight regarding proper nutrition and a sufficient number of calories.

Financially, my participation was made possible by my local Chamber of Commerce and YMCA (Greenfield, Mass.), Also, a considerable amount of money was raised by the Pencil and Stencil Clown Show? Pencil is me,while Stencil was my handler.

I arrived in Hawaii a week early to get used to some new tubular tires, to swim in the ocean and to aid the acclimatization process .

7 minutes ahead of my predicted time. Though far behind the leaders in 186th place, at least I felt all right and, more imx>ort-antly, didn’t drown. The swimming was exceptionally well-marshalled, with over 18 outrigger canoes keeping a watchful eye on the participants. There were also sev’eral motor boats and lifeguards, so the swimmers felt quite secure.

After the swim we were handed bags with our cycling gear and directed to the shower area where we rinsed off and changed. The next event was the one we would be competing in the longest. The ride was 112 miles of rolling hills. It was very warm, with temperatures in the 80’s and bright sunny skies. Moreover, we were riding near the coast through deserted lava pits which radiated the heat, making it that much hotter.

Surface temperatures were recorded at over 100 degrees.

ERG and water were available at aid stations every five miles.

Over 900 volunteers helped with the race and the organization at the aid stations was tremendous. You just threw down an empty water bottle, and someone handed you a fresh one.

Over 1000 bottles were donated. During the bike race, each participant was weighed twice to check for v/eight. loss and dehydration. At the first weigh station I had gained a pound, since I was drinking frequently and had starting eating food early in the race.

I fared well in the out part of the out-and-back course, but headwinds were strong on the return trip. I was feeling the early stages of fatigue, and finished in 7 hours, which was 45 minutes slower than I had hoped.

After a second weighing (2 lb loss this time), a change of clothes, and more water, I began the last leg, the one I was best trained for. It was 4:15, the sun was shining, and it was pretty hot. I started at an 8:20 pace and sensed that it was going to be a long race. Within the first six miles I passed 21 people, many of vjhom. were cyclists rather than runners. Tt felt good to pass them, but I tried to be encouraging, urging then to keep on. For most of us the main goal was finishing and then worrying about the total elapsed time, rather than trying to get a good place. Again, the volunteers were great, manning aid stations every mile with F.RG, coke, and water. Our glycogen-depleted brains and muscles appreciated their encouragement and cheering. Some of these volunteers assisted up to 20 hours at different aid stations .

By the half-narathon point I had passed 51 people, many of whom were walking, totally exhausted, or else plodding along at a snail’s pace. The long day was taking its toll. Finally, at 18 miles, it began to get dark and cooler. I soon picked up the pace and was able to run the last six miles at a 7:30 pace.

My time was 3:47, 20 minutes slower than I hoped. After a 15 minute massage, I had a few beers and took it easy. I felt good about completing the challenging race, and happy that I did not disappoint my friends and supporters. The trip was a memorable one; I met many interesting people, and the race organization was the best I have ever soon.

The next day I returned to the beach where Walt Stack was just finishing. Walt is 73 years old, and had been on the roads for 26 hours. He was greeted by some townspeople and other contestants as, happy to have finished, he immediately downed a beer. Someone came up to Walt and gave him a big hug. It was Harry Cordellos, who had also competed and had done quite well. As a matter of fact,

Harry’s performance was incredible. Harry has been blind from birth, yet managed to finish.

It was quite humbling seeing these two men, making me thankful for the abilities God has blessed me with.

The winner of the International Triathlon was John Howard, a world class cyclist, whose time was 9:38. He had finished third last year. Of the 326 starters, 299 finished, a remarkably high percentage.

This event was one of the high points of my athletic career, and one I’ll cherish for the rest of my life. Oh yes,