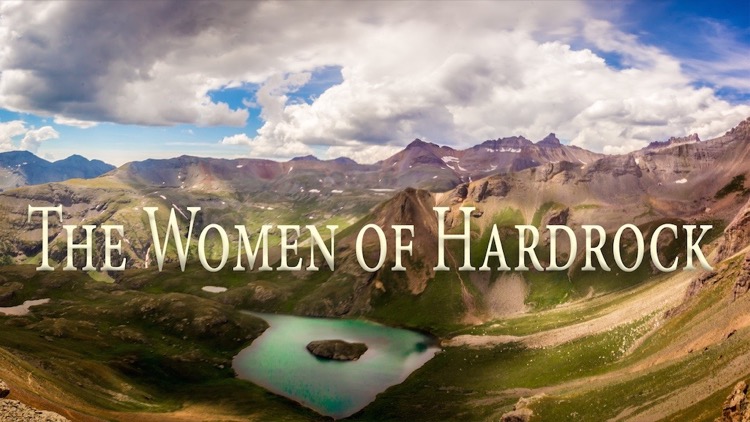 Travel to the heights of Colorado’s San Juan Mountains for a preview of the film Women of Hardrock. The full length feature film by Run Steep Get High follows the women entered in the 2016 Hardrock 100 Mile Endurance Run, and will be aired on their YouTube Channel: Run Steep Get High this November.

Hardrock is considered a post-graduate ultramarathon. In 100 miles runners summit 13 mountain passes, gain 33,050 feet of climbing and equal decent with average elevation at 11,000 feet. This difficult race offers a 48 hour time limit whereas most 100s offer closer to 30 hours. Hardrock embodies the toughness of the miners who showed true grit as they worked in these rugged mountains.

A note from the production team: “There was an undeniable sense of worth just being among the 2016 Women of Hardrock and getting to share in a small part of their journey. They represented the best of what mountain and trail running are about: grit, toughness, camaraderie, family and an indomitable spirit. They shared some of their darkest moments with vulnerability and honesty while also allowing us to feel their joy. We will be forever indebted to the 2016 Women of Hardrock for this opportunity to put their journey to film.”
– Hayley Pollack, Jubilee Paige, & Melia Coury

Run Steep Get High is a production company that captures the essence of trail, ultra and sky running. Featuring members of the Run Steep Get High team and guest spots of other notable runners in the sport. Sharing stories that inspire and shed light in a honest manner what it takes to conquer these mountains. It celebrates the achievement of runners overcoming obstacles to reach their goals.