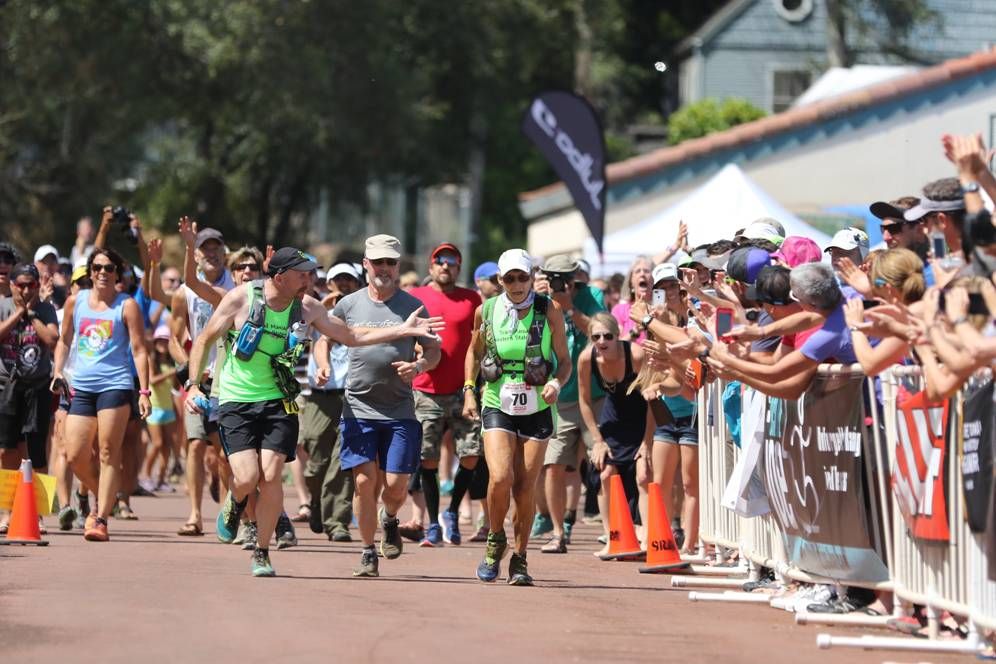 The Heart of Finishing DFL

Little voices can pop up in the back of our head before the start of a race. They ask questions like, “Am I ready? Do I have what it takes?” And sometimes pipe in with, “What if I come in last?” Many might fear the thought of finishing last – vivid nightmares of a finish line being taken down upon those final steps can be daunting. And unfortunately, where there’s a winner, there will also be someone who finishes Dead F*cking Last.  But is that such a bad thing?

Ultra marathons slow down even the fastest of runners, and that means everyone else’s pace slips a little or a lot, depending on the circumstances.  Time cut-offs at aid stations were implemented to prevent volunteers and race officials from being out there longer than they had planned, otherwise the slower, determined ultrarunners might just keep going well into Monday.  Because no one wants to be pulled from a race.  No one.

Ours is a sport about getting to the finish line. If there’s any concern about being last, it’s likely to dissolve within the first 25 miles (unless the aid stations start running out of food). The embarrassment that could fester in the head of a back-of-the-packer during the final stretch of a road race isn’t common for ultrarunners, because spending hours on the trail strips us down to our true selves, leaving worries like those in the dust.

We intend to finish what we start – pushing ourselves to the outermost limits.  And sometimes, we unexpectedly prove to the world that it can be done.  At age 70, Gunhild Swanson created one of the most intense DFL finishes at last year’s Western States.  As she rounded the track at Auburn, the time clock ticked down to less than a minute away from the 30-hour cutoff.  The entire crowd cheered her on, running along side her and swarming behind as she simultaneously neared the finish and the cutoff.  With six seconds to spare, she crossed the finish line and became one of the top stories from Western States that year, right alongside winner Rob Krar, and his repeat victory.

When the last finisher of a race inspires just as much as the winner, that’s when you know it isn’t about what place you came in, it’s about being able to say you did it.  A personal journey that started with a few hundred people, and ended with you.

Just DFL’d the C&O Canal 100. I think I am prouder of that than any other ultra I’ve finished.