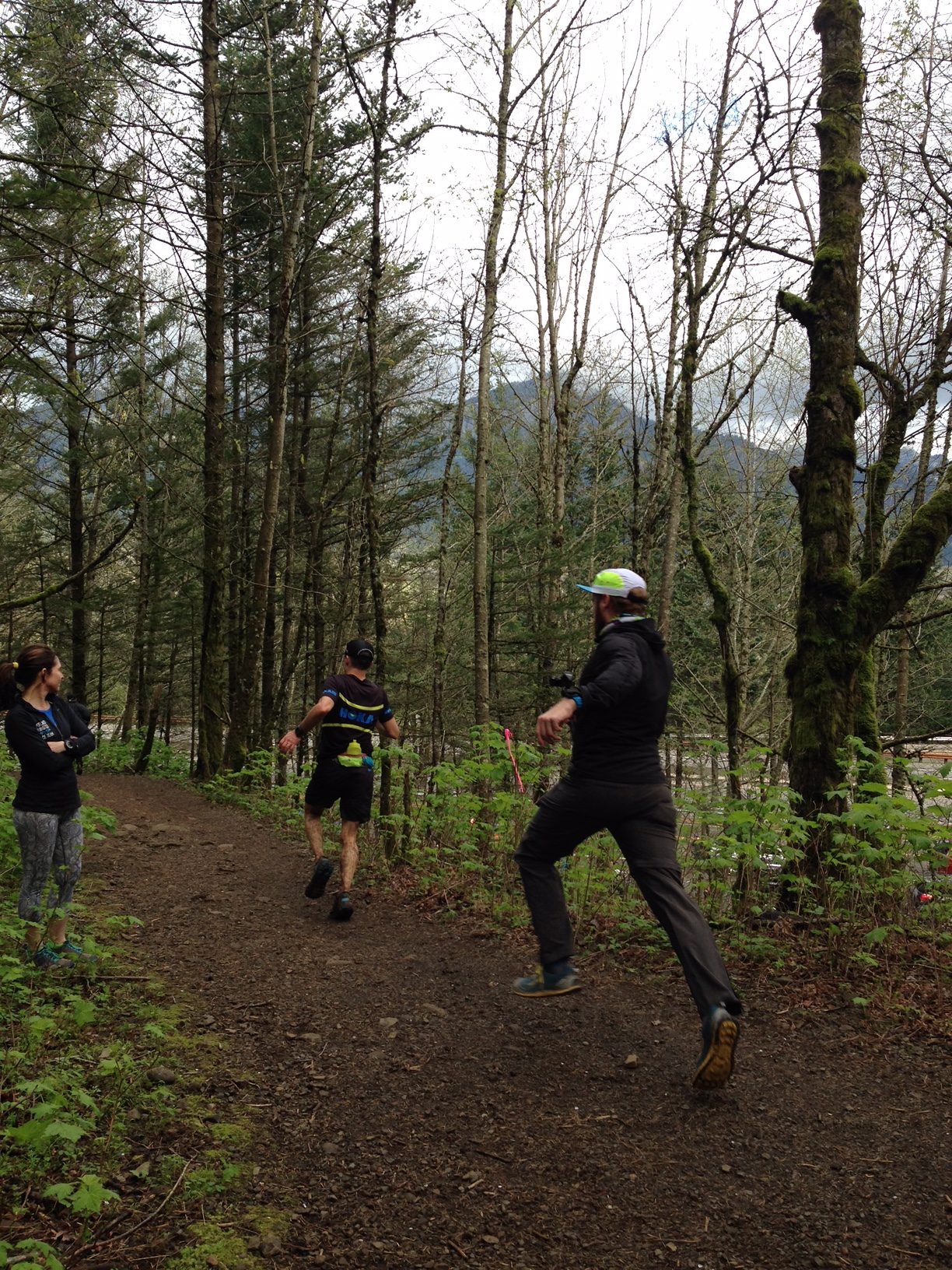 The Art of Running Films

It was over year and a half ago when I volunteered as a broadcast crew member for Ultra Sports Live (USL.tv) during the Gorge Waterfalls 100K and witnessed someone with a GoPro camera flying up and down the trail, filming the lead runners from behind.  He wasn’t dressed in running gear and he certainly wasn’t racing, but there was no mistaking him – he was a ginger. Fast forward to the present day and USL.tv is no longer, but Ethan Newberry, a.k.a. The Ginger Runner has thousands of views with over 50 running videos on his You Tube channel centered around trail running and ultramarathons. And he’s not alone – with events like Rainshadow Running’s Trail Film Festival, there’s no doubt that movies being made on the trails are more popular than ever.

While USL.tv was more about broadcasting an ultra event which was usually spread out over a period of many hours, a few film makers in the running world have discovered the sweet spot of creating visual inspiration by telling the stories of athletes, as well as making some of the world’s most beautiful trails accessible with the click of a mouse. It’s created a culture for ultrarunners who appreciate the efforts of their fellow athletes, along with adding anticipation of which trails we might want to run next.

Just three weeks ago, ultrarunner and curator of the Run Steep Get High website and You Tube channel Jamil Coury, filmed Jim Walmsley on one of his descents into the Grand Canyon on his Rim 2 Rim 2 Rim FKT (fastest known time) record-breaking attempt. The video films Walmsley’s quick feet as he navigates down the narrow singletrack, where panoramic views of the Grand Canyon never seem to fade. Knowing that this was Walmsley’s actual record-breaking run makes it all the more fascinating as the logistics of keeping up with his pace during filming seems virtually impossible.

Filming this year’s Western States 100 (WS100) seemed to be all the rage, and rightly so. With Walmsley running to beat the course record, along with other big stories like Brian Morrison’s attempt at his second WS100 just 10 years after being disqualified, there were runners to watch and tales to tell.  And no one knew how each of them would end. Just like Gunhild Swanson’s 2015 finish with mere seconds to go before the 30-hour cutoff, it was all caught on camera to share with the world. That video alone has received almost 500,000 views, and watching it never gets old.

Rainshadow’s Trial Film Festival emerged in 2013, and has toured the country every year since. While it seems like the films get longer and more complex every year, the stories remain pure and passionate.  Ultrarunners have an appreciation for films that not only highlight the beauty of the trails, but the stories of our fellow runners that bond us together.  Fortunately for us, filmmakers like Billy Yang and Ethan Newberry will hopefully continue to pursue their art in a sport they are truly passionate about, so all of us can appreciate each and every single second of footage.