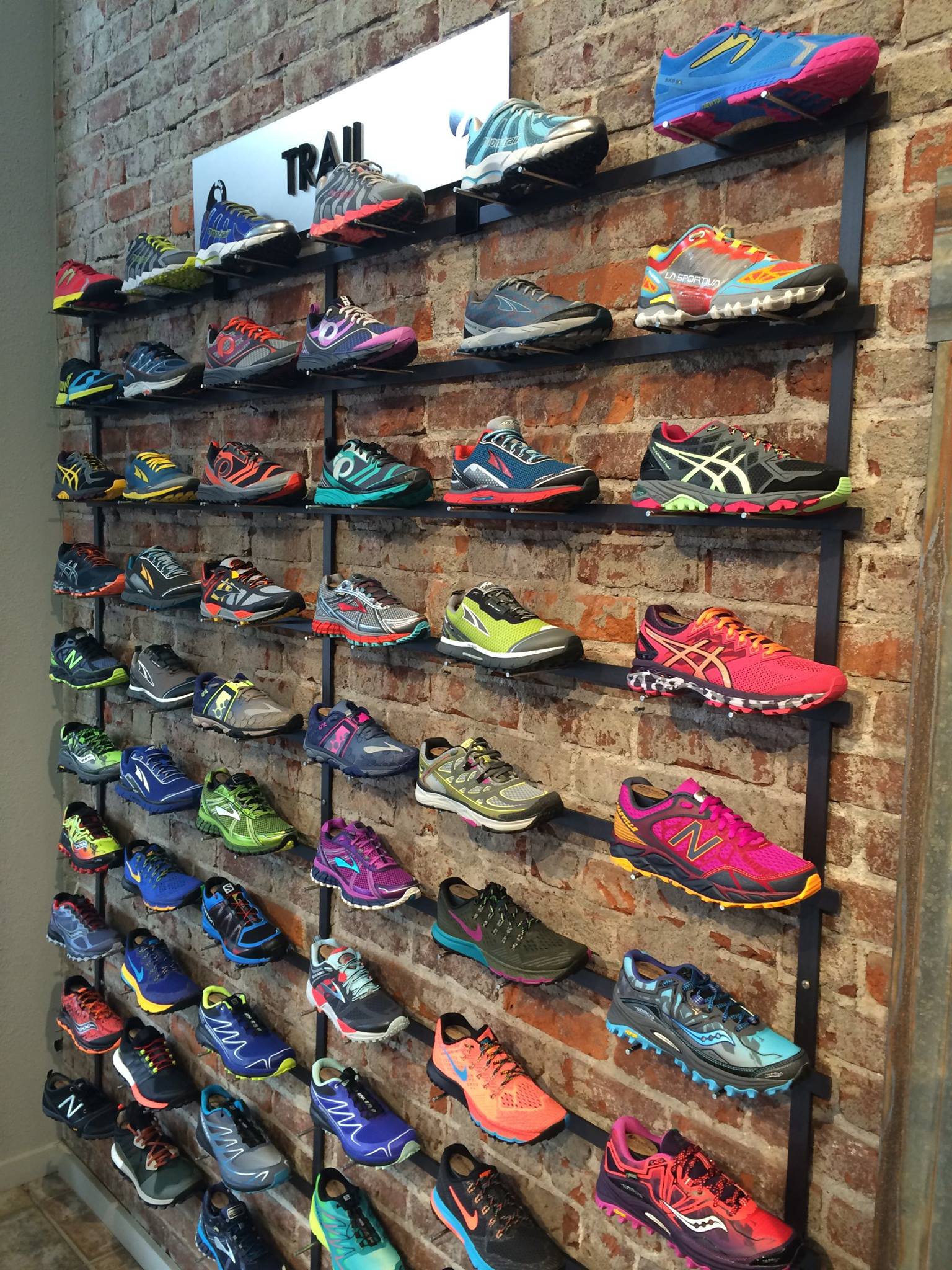 The dreaded "Wall of Shoes" photo courtesy of: FootZone Bend

In the beginning, someone likely sparked your enthusiasm for running. Maybe your dad was a runner, or a favorite teacher encouraged you to join the cross country team. I’ve written countless times about how my father inspired my love of running, as I grew up watching him run marathons.  But I wouldn’t be where I am today without the support of a running community that embraced me as a young runner.

Straight out of college I moved back to my home state, to a mountain town I had only visited a handful of times.  The population was small and the people were friendly, but I didn’t know a soul. After finding a temp job, I began my practice of running at lunch time.  This became habitual as I found a permanent job and started training for my first marathon. It was about this time that I wandered down to the local running store and inquired about a training group.  Those of you who’ve done it know that walking into a running store as a new runner can only be described as terrifying.  A wall covered in running shoes is more intimidating than it sounds.  I didn’t feel like I was qualified to walk through the doors, even though I had been running throughout most of my school years.

The dreaded “Wall of Shoes” photo courtesy of: FootZone Bend

Fortunately, I got up the nerve to keep going back, and eventually joined their noon running group.  Back then it was small crowd, and most of the runners were much faster than me (they still are) which meant I was left to run alone for the majority of the miles.  The funny thing was, as inexperienced as I felt around the faster crowd – I always felt welcome.  New runners, experienced runners, male or female – we were all there because we had a common interest. I began to look forward to these weekly runs and seeing this laid back crew, who were friendly to anyone who came through the door.

Eventually, I joined the board of the local running club which happened to be all men with an average age of approximately 55. This group had a bond that could be felt around the room, and when they accepted me as one of their own, well, I couldn’t have been happier.  I was honored and humbled by those surrounding me who wore silver buckles, had Ironman finishes, and had been running on trails before anyone had ever heard of ultrarunning.

As someone who has been running for over half of her life, I still consider myself a new runner. I’m always learning more about myself, whether it’s how to adjust my training to accomplish my goal, or find ways to become more efficient.  But because of an amazing running community, I’m no longer anxious when walking into a running store or toeing the line on race day. Those are the places I feel most at home, and I’m thankful to all the runners who helped me get there.