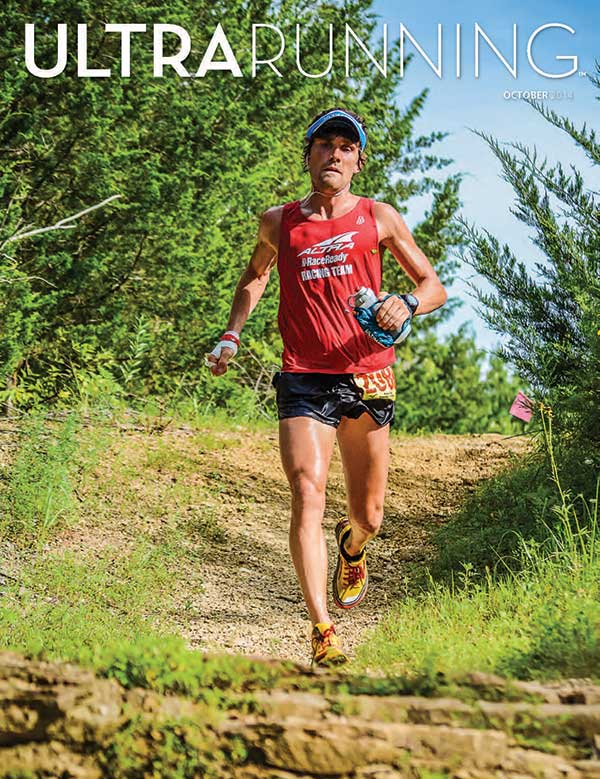 THE LONG VIEW | The Limits of Human Potential
News and Notes

Ultra History, Science & Lore
RUNNING WISE | The Quotable Ultrarunner by Gary Dudney
VIEW FROM THE OPEN ROAD | Eight Things Your RD Won’t Tell You by Gary Cantrell
THEN AND NOW | Strike a Pose by Joe Uhan

The Ultra Life
ONE STEP BEYOND | Crawl if you Must by Dean Karnazes
Observations From Behind the Aid Station Table by Zach Adams
Finding the Trail in the Urban Jungle by Mike Meehan
THE ROCKET RANTS | Wanting In! by Errol Jones