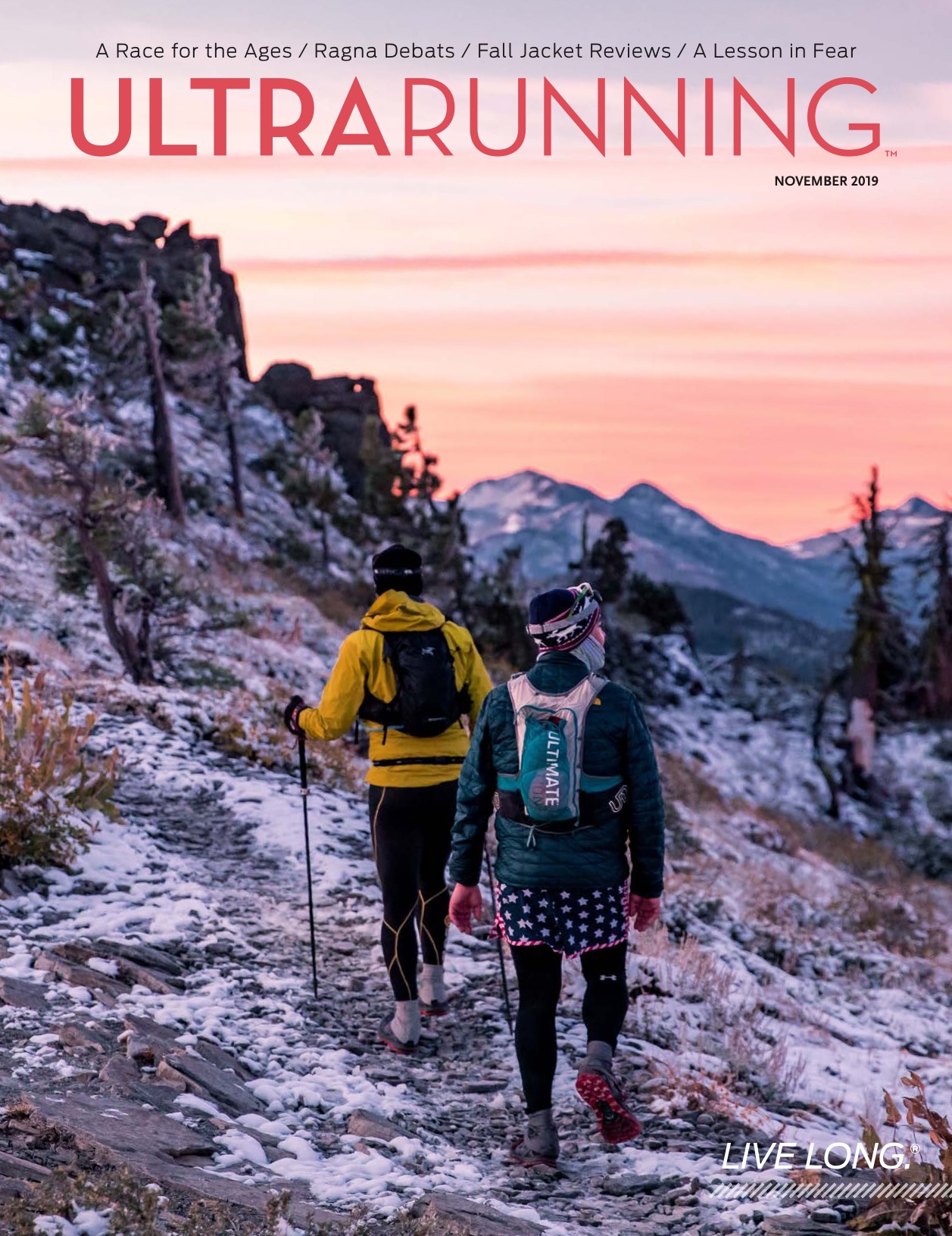 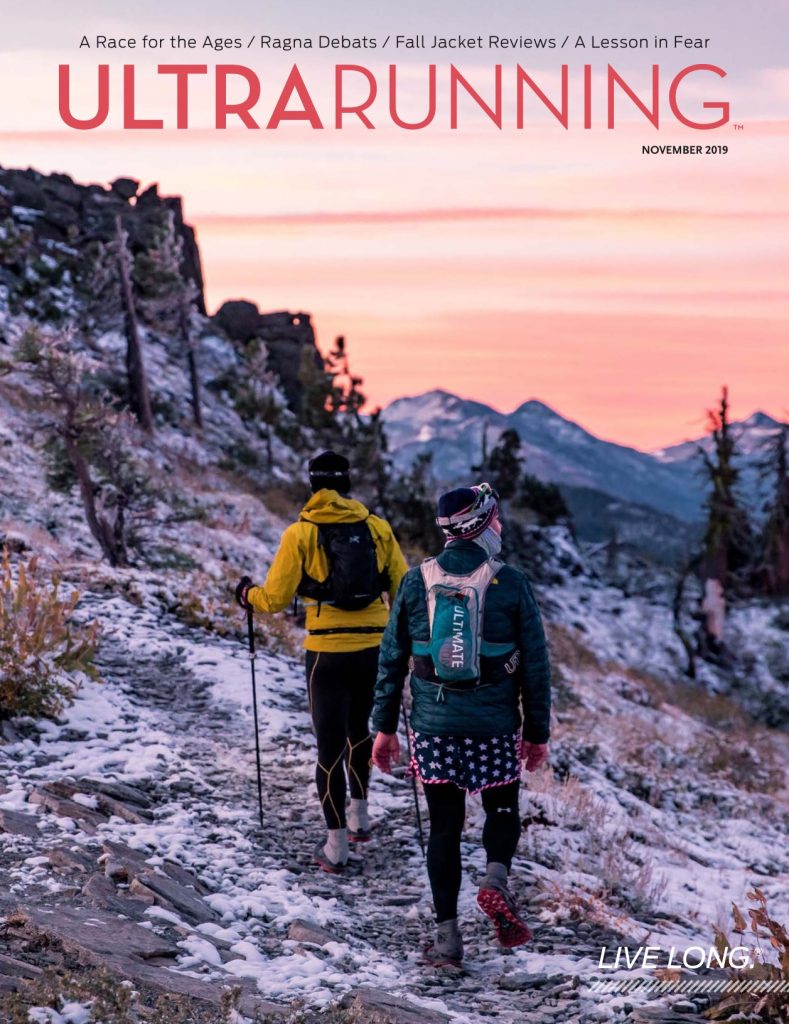 First light on the last day of Tahoe 200, heading up to Ellis Peak at mile 197 of 205. Following a crazy snowstorm the day before, racers were treated to a crisp Tahoe sunrise as they hit their final summit of the race. Photo: Hilary Matheson