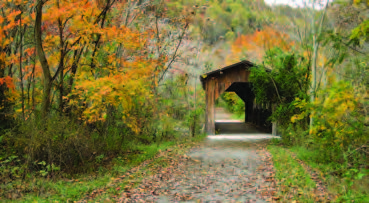 Heart Of A Champion

From the greenest novice, to the most seasoned veteran, as ultrarunners, each of us has an ambition of reaching our potential. Whether our goal is to simply achieve a finish at a distance we have never before reached, to complete a signature race, run our personal best time, or even to set records and win championships, we are always seeking information that will allow us to improve our performances.

It is only natural that we look for guidance from the people who excel at the sport. In emulating the great runners, we seek to find the greatness within ourselves. However, we soon discover that emulating the paths that others follow to success is not easy. Studying the methods of the champions can be more confusing than enlightening.

“…resiliency. The great ones, from across the decades, have all exhibited this single characteristic.”

To begin with, their training regimens are likely beyond our reach. What real benefit is there in trying to adapt training programs that fall outside our ability to perform? We can scarcely run repeats at a pace that we cannot even maintain for the first rep. There is likely to be not enough hours in the day for the average runner to match the mileage totals these athletes log.

While there seems to be an unlimited variety of perfect diets, a look at the practices of the people we would emulate reveals no real common thread. One man’s staple is another’s poison. And many great runners seem to have no dietary philosophy at all.

From supplements to shoes; hydration to heart monitors; form to fuel; there seems to be nothing that can be credited as a single secret to success.

What Is It We Are To Do?

During my own nearly 40 years in the sport, it has been my privilege to get to know great runners from multiple generations. Over that span of time, the sport has seen a myriad of changes. Runners of today would be hard pressed to recognize the ultras of 35 years ago. Even the handful of races that have survived over that entire span are scarcely recognizable as the same events.

However, I have found among the great runners I have discovered that there is a single common thread. They all seem to share one attribute that might well be the source of their ability to attain the most that their potential allows. The real secret of the great ones is not physical, it is within their minds.

It is not, certainly, personality. Successful ultrarunners range from affable and gregarious to taciturn and antisocial. Some compete with a smile and a laugh, others with grim-faced determination. It is not even competitive drive, although there is no denying that this is important when the competition is close. Some runners run to compete with others, while other runners run to compete with themselves. It is not even the love of running. There have been notable champions of the sport who only compete to compete, and train because it is a means to that end.

The key attribute, which seems to transcend all other variables, is resiliency. The great ones, from across the decades, have all exhibited this single characteristic.

We all know that every ultra in which we seek to perform at our best contains a lion’s share of ups and downs. Running at the margins of our ability pretty much guarantees that there will be moments of difficulty. For some runners those difficulties seem to never engender doubt. I have been consistently amazed over the years by the severity of issues that some runners can seemingly take in stride. No matter how many times some people are knocked down, they always get back up. No matter the severity of the problems that they might face, the great ones are only thinking of how to move past them. No mental energy is wasted on wondering if they can go on.

Resiliency extends beyond a single race. Not only are the great ones undeterred by issues within a race, coming up short in a single event does not carry over into the next. Of course that resiliency does not come from nowhere. There is a second characteristic that the great runners share. Really, the great athletes in every sport share it – Pride.

Not the pride of boasting of what they have done, or seeking attention, but an inner pride about how they conduct themselves as athletes (not that there are no great runners who like to boast and seek attention). Great runners take pride in how they prepare and how they compete. They cannot simply give up, because they have set a standard for themselves that does not allow it.

The good thing about the real secrets of the great ones is that we can emulate them. We might not be able to achieve the same results, but we can compete to the same standard. My greatest satisfaction as an ultrarunning athlete did not come during the days, so many years ago, when I was in what passed for my prime. It has come during the waning days of my career, when I have finally sought to achieve the true success of conducting myself in the sport as the champions do. Every time out, the measure of my success is not time or distance. It is a matter of having prepared to the best of my ability, set goals that demanded the absolute limit of my ability, and set out in unwavering pursuit of those goals. Like everyone else, sometimes I succeed, and sometimes I fail. But if I can walk (or limp) off the field of battle knowing that I have done my best, I walk away with a sense of victory.