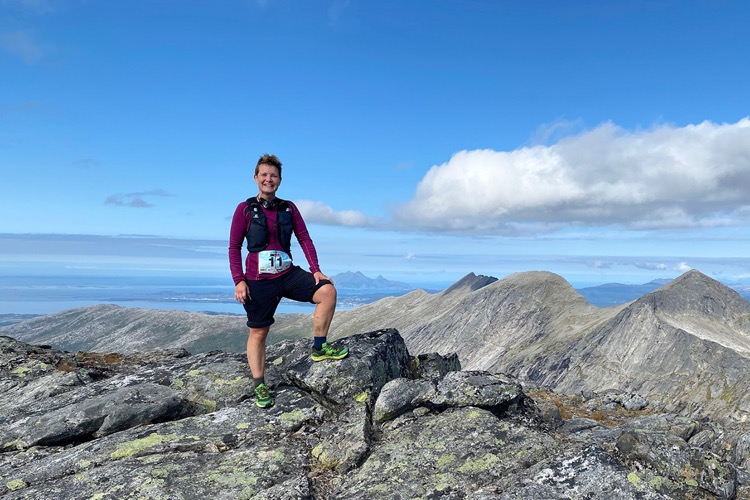 I didn’t know who Ellie Greenwood was a year ago, before I started listening to the Becoming Ultra podcast – a platform for runners who want to train for their first ultra. Every season on the podcast, world-class trainers pick a few people from a pool of applicants and coach them to become ultrarunners— and each step is documented on the podcast.

But let’s back up to about 2015. I had just read Born to Run by Christopher McDougall, where I learned that people run 100 miles at a time. You know how sensational that book is. If your longest run ever is about 5k, it’s like a fairytale. People run 100 miles all at once? While eating pizza and calling each other names? Yeah, right – crazy people. Professional runners. Not everyday parents that have ordinary office jobs.

I put the book away, but the thought lingered. I could never run 100 miles, obviously. Or could I?

Then, just before Christmas last year, I watched Brendan Leonard’s film “How to Run 100 Miles.” Suddenly, I understood that this could actually be possible—even for me, a 45-year-old office worker with a partner and a small son. My longest run ever was a 30k race and it was a year and a half ago. I hadn’t run since.

I started running again but with a different view on it this time. Now, each training session wasn’t just about getting it done. They became the highlight of my day. I missed them on rest days. My goal changed from getting through a half marathon to running for days on end.

I got obsessed with books, films and podcasts about ultrarunning. I learned the names and stories of exceptional runners and awe-inspiring races. In nine months, I went from zero kilometers a week to running my first marathon. The week after, I applied to be part of the Becoming Ultra Project – and Ellie Greenwood picked me!

For the next five months, I will follow her training plan and run through the Norwegian winter. For the first time in my life, I will have a professional guide me on mysterious speed workouts, adventure-filled long runs, and bread-and-butter easy runs through the neighborhood. I will run in sleet and snow, on forest trails and mountainsides, in beautiful winter light and through the dark polar night. And then, I will travel all the way to Colorado to take part in my first 50k on Easter eve – the Desert RATS in Fruita.

But I won’t be doing it alone. You can follow my journey along with six other runners towards our first 50k. In addition to Ellie, our coaches will be Hillary Allen and the mastermind behind the Becoming Ultra Project, Scott Jones.

I love this. My first Ultra is coming up in Feb! Can’t wait to follow you!

That’s so cool! Thanks!

Well said Lene! I look forward to meeting you and running the race with you in Fruita!

I went from zero to 100km last year for charity and like you became obsessed with learning about ultra running. Either side of the 100km, I took on two 50km runs (first a “practice” run 5 weeks before the 100; the second for fun/beautiful scenery), and realised after that that was three ultras in five months. You are going on a journey and will love it. Enjoy every moment. And good luck.