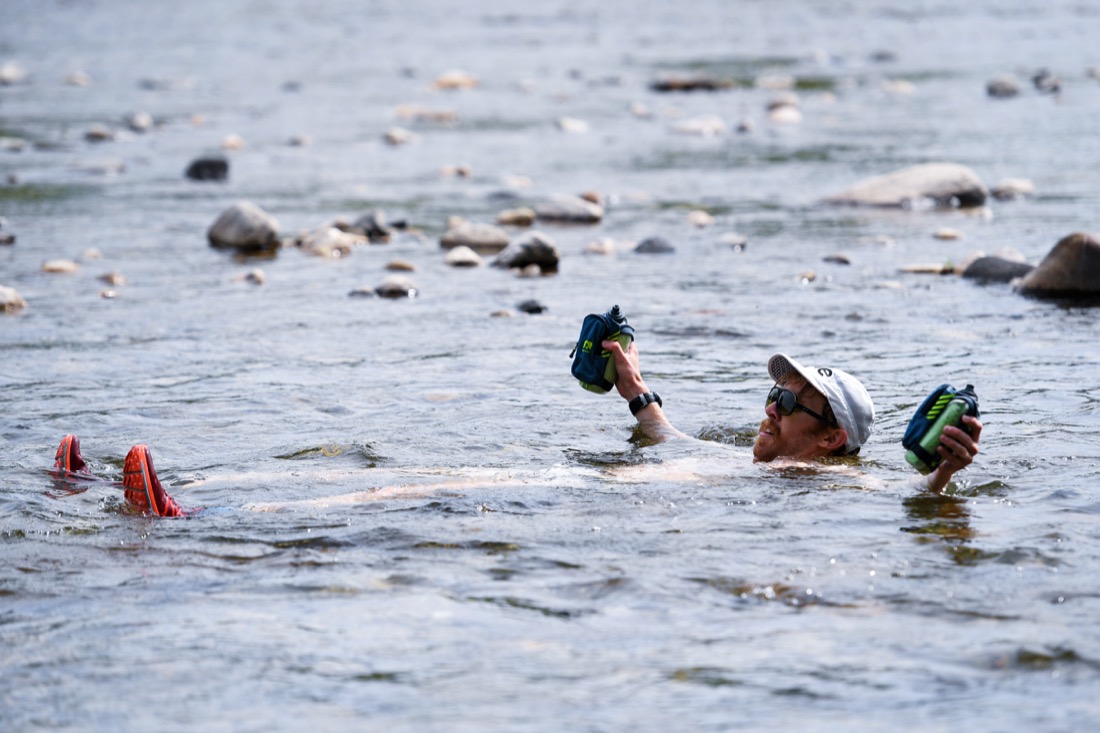 You Had Me at Doughnuts

From the editor: September 2019 issue

Pumpkin doughnuts. That’s all it took to get me to sign up for a scramble in the fall – one of my first official trail races. Held on a Friday afternoon in October, the course took runners through golden aspens, splashing across a creek, climbing up a steep embankment (hence, the “scramble”) and along buttery single track for just a few short miles. But the Shevlin Scramble was one of my favorite races because of its small size, casual feel, diverse course (who doesn’t love a little adventure after a long day at work) and, of course, pumpkin doughnuts at the finish. Races like these are the brainchild of runners who have a desire to share adventures with their friends and communities, and sometimes they turn it into a profitable venture.

The sport of ultrarunning is growing. Ultrarunners are not only seeking out new adventures but we’re also creating new races, new media platforms to cover the sport and spreading the word throughout the running community. Encouraging others to try a 50k is all it takes, and a small taste of the sport is all runners need to keep coming back. While some may grumble about lotteries being too full already, the growth rate is steady – not skyrocketing. Last year’s statistics showed that there were approximately 7,000 more finishes in 2018 than the year prior, and the numbers have remained mostly consistent over the past 10 years when compared with the amount of new races that are added each year. Below is a graph that includes current finishes from 2019, which overlap those from 2018. 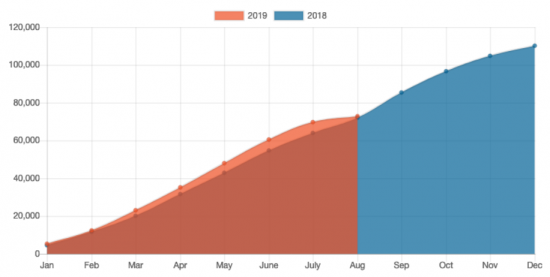 But the fact remains that without race directors, coaches and the numerous people who bring their passion to the sport, we wouldn’t be able to do what it is that we love to do. In this issue, our columnists tackle the business of ultrarunning. Jason Koop peels back the curtain on coaching and how the profession has evolved over the years on page 14. Amy Rusiecki discusses how race directing can throw all sorts of obstacles at you when you least expect it on page 21. And in Tricks of the Trade, Sean Meissner talks about how to make a living doing both – coaching and race directing – on page 17. The time that race directors spend acquiring permits, answering emails, marking courses, worrying about details and adding their personal touches to an event can be all-consuming. Coaches may fill their days creating training plans for athletes, but let’s not forget the emails, phone calls and text messages that require immediate tending to when athlete’s questions arise. Both of these professions are instrumental for the sport of ultrarunning.

Whether you’d prefer to just run and leave the rest to the professionals, or you’re interested in starting your own race, there’s no question that running long distances leaves time for deliberation and inspiration. And while exhaustion might be the only thing on your mind after a few hours on the trail, it doesn’t hurt to revisit new ideas after a few hours of sleep. You never know when a doughnut might inspire you to try your own hand at race directing.