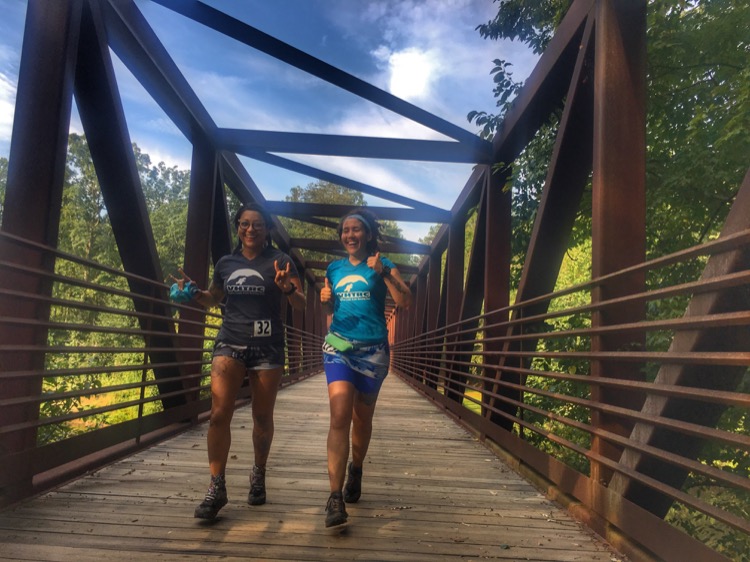 Out of Step
A transplant to DC, I had the opportunity to run in my home state at the Yeti Snakebite 50K down in Georgia. As someone who once thought my non-conformist lifestyle would be compromised by participating in any kind of sport, running with the Yetis dismantled any remnants of that way of thinking.

A mere 25-minute Uber ride from my old stomping grounds in East ATL, I arrived at Sweetwater Creek State Park in Lithia Springs, Georgia on August 27. I was welcomed by RD Jason Green, a former Virginian-forever-punk-rocker, who currently resides in the Atlanta area and hunts for new recruits to continue building his Yeti Army. Back of the pack and front runners alike, elites, veteran ultra athletes or first timers, Jason is an RD who wants people at his races – each bib comes with a handwritten thank you from Jason, lending support to my claim. There is no doubt about what influences Yeti race day attitude and swag: skateboarding and punk rock. Race day packets containing The Clash and Sex Pistols references were laid alphabetically on tables with skateboard decks. A banner with an obvious Joy Division reference wagged in the wind as we all made our exodus to the start/finish line. 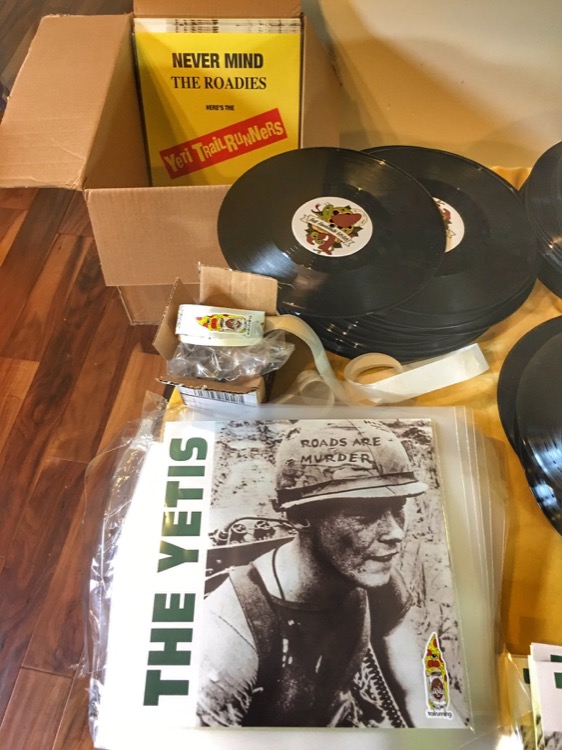 The Course
The Snakebite offers 11-mile, 50k and 50-mile options. Because I ran the 50k, I can only speak from my experience at that distance. The Snakebite 50k is built on three figure-8 loops, with an aid station at roughly five miles, overlapping the aid station at about 9.5 miles, and an additional half-mile back to the start/finish. There is no cutoff for the 50k; runners may take as long as necessary to complete the course.

Loop 1
With fresh legs, Loop 1 began. En route to the first aid station, runners pass by lovely ruins on the right hand side of the course. As if the ruins themselves weren’t already a novelty, they were also featured in The Hunger Games: Mockingjay. You have the opportunity to appreciate these remains not just once, but a whopping three times!

I went on to complete the advertised “flat and fast!” figure-8 loop and was greeted by a glittery-bearded Mr. Inspiration and a Sno-Cone machine. To say the least, WOO! 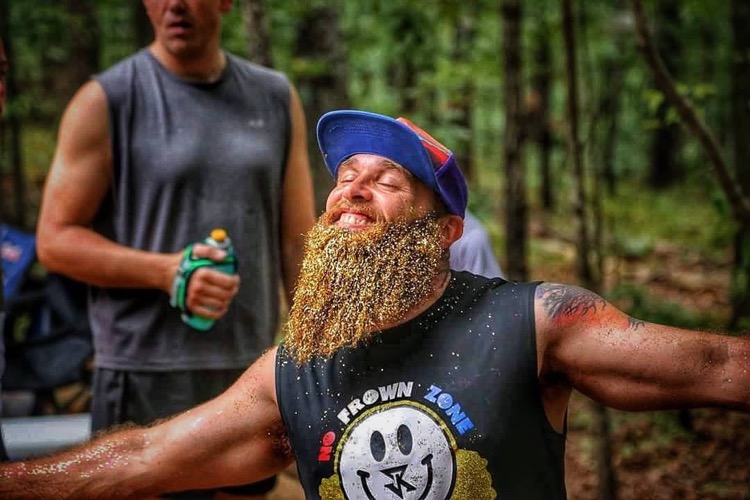 Loop 2
Renewed and re-energized by an icy treat, I went on to Loop 2. Featured on this loop was a raccoon dying in the center of the trail somewhere between 5 and 9.5 miles. Runners speculated the coon must have been afflicted by the eponymous Snakebite. The highlight of this loop is when two Yetis demonstrated community and good will by hitting the pause button on their own runs to redirect runners safely around the ill-fated animal. That was rad. I would run with these folks again… and I did… because there was still one more loop.

Loop 3
With Georgia summer temperatures reaching their hottest and the discovery that the advertised “flat and fast” is actually relative (still a very manageable course), Loop 3 was miserable. However, I quickly came to appreciate the figure-8 loop configuration which allowed two opportunities to hit an aid station within 10 miles.

Like all good things before it, I saw Loop 3 to the end. 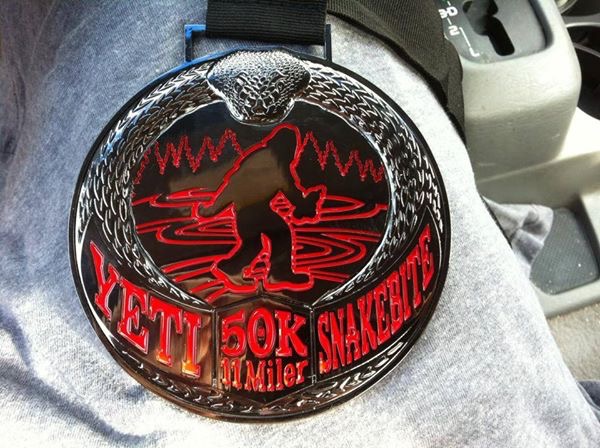