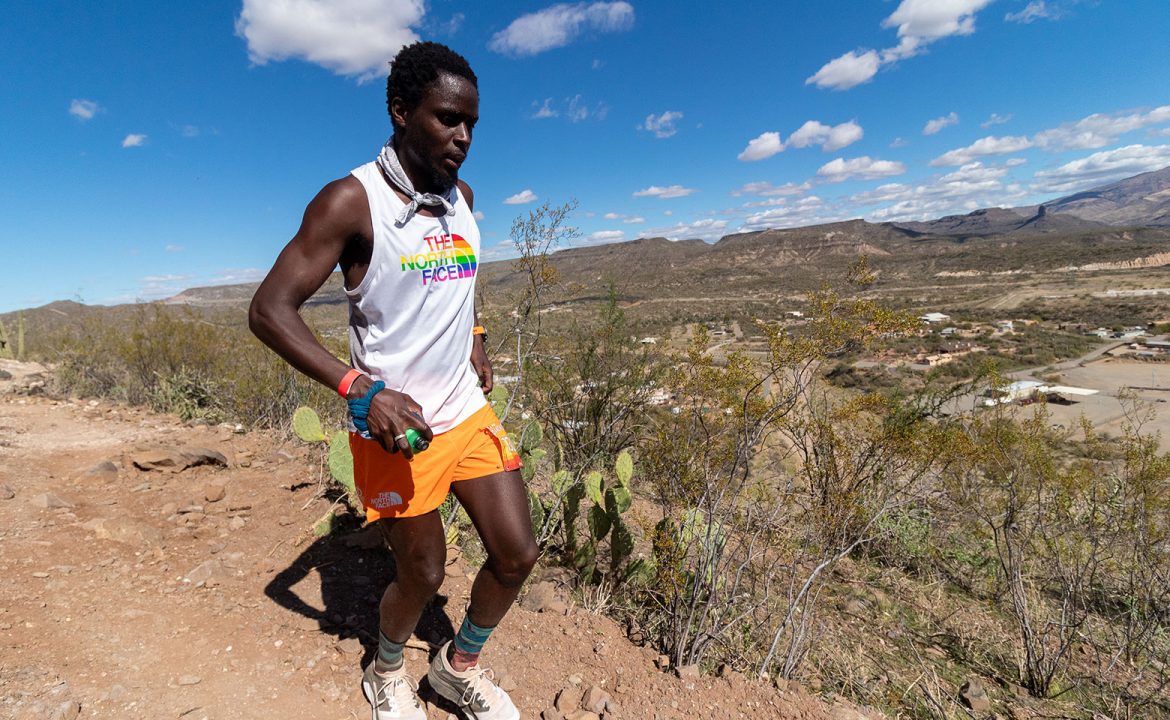 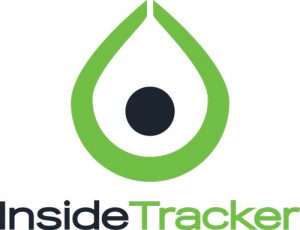 Every day, there’s a new wellness trend: “Eat that, do this, avoid those!” How do you know where to start? Or who to trust? InsideTracker cuts through the noise by analyzing your blood, DNA, lifestyle and fitness trackers to provide you a personalized, science-backed, trackable action plan on how to live, age, and perform better.
InsideTracker doesn’t just give you data, they provide you with nutrition and lifestyle tips to take action. They also can track your “inner age.” InsideTracker’s advanced data-driven model first calculates your biological age, then provides an action plan of science-backed recommendations with the goal of improving the quantity and quality of the years ahead of you. For a limited time, InsideTracker is offering our readers 25% off their entire store. Just go to insidetracker.com/ultrarunning. Change is an Inside Job. Start Inside.

After nabbing the 1,200-mile FKT on the Ice Age Trail last summer, Coree Woltering has already completed four ultras in just the first two months of the year. Most recently, he finished the Black Canyon Ultras “double” he dubbed “the Black Canyon 100,” running the 100k race on Saturday and coming back bright and early the next morning to compete the 60k course. Just a month before, also in Arizona, Woltering ran his second-fastest 100-mile time at the Coldwater Rumble in 20:28.

“It’s the first time I’ve started the year with four ultras and actually finished all four of them,” said Woltering.

After his massive 1,200-mile Ice Age Trail (IAT) FKT last summer, he took three months off of serious training before getting back into a routine. He then contracted COVID-19 at the end of November and spent nearly a month recovering at home in Ottawa, Illinois.

Once he felt well enough to begin training for 2021, he made his way back to Flagstaff, Arizona, where he found breathing became difficult when temperatures fell below 40 degrees. That’s when he ended up in Las Vegas, Nevada, for the warmer winter weather, and easier breathing conditions for his recovering lungs. 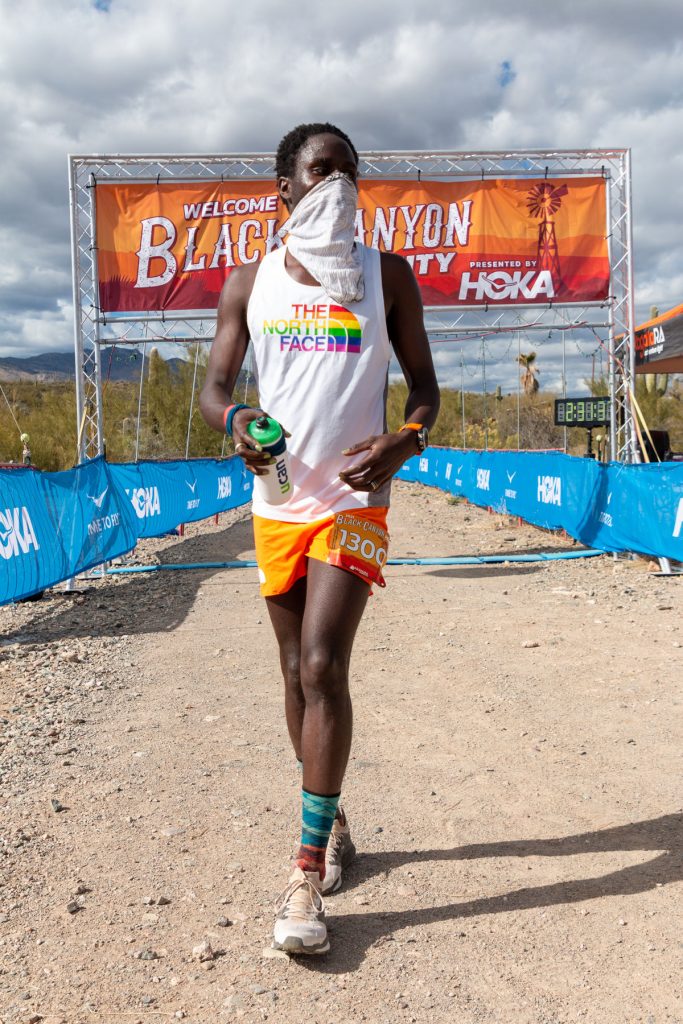 “From there, it was a slow build into, ‘What am I going to do?’ I figured I was already out here in the desert terrain, so I thought, ‘Let’s just go after the Arizona Trail,’” Woltering said. Although it wasn’t something he planned on doing this year, it’s a challenge he’s decided to take on next fall. He’s been relatively close to the entire trail, has crew and pacers that are familiar with the terrain, and has already been able to get out and run on parts of the trail.

The weekend after Black Canyon, Woltering ran reconissionace on arguably one of the more challenging sections of the AZT: the 90-mile section encompassing passages 17 to 21 and featuring over 20,000 feet of elevation gain. This is the longest section of the trail he has scoped out so far. 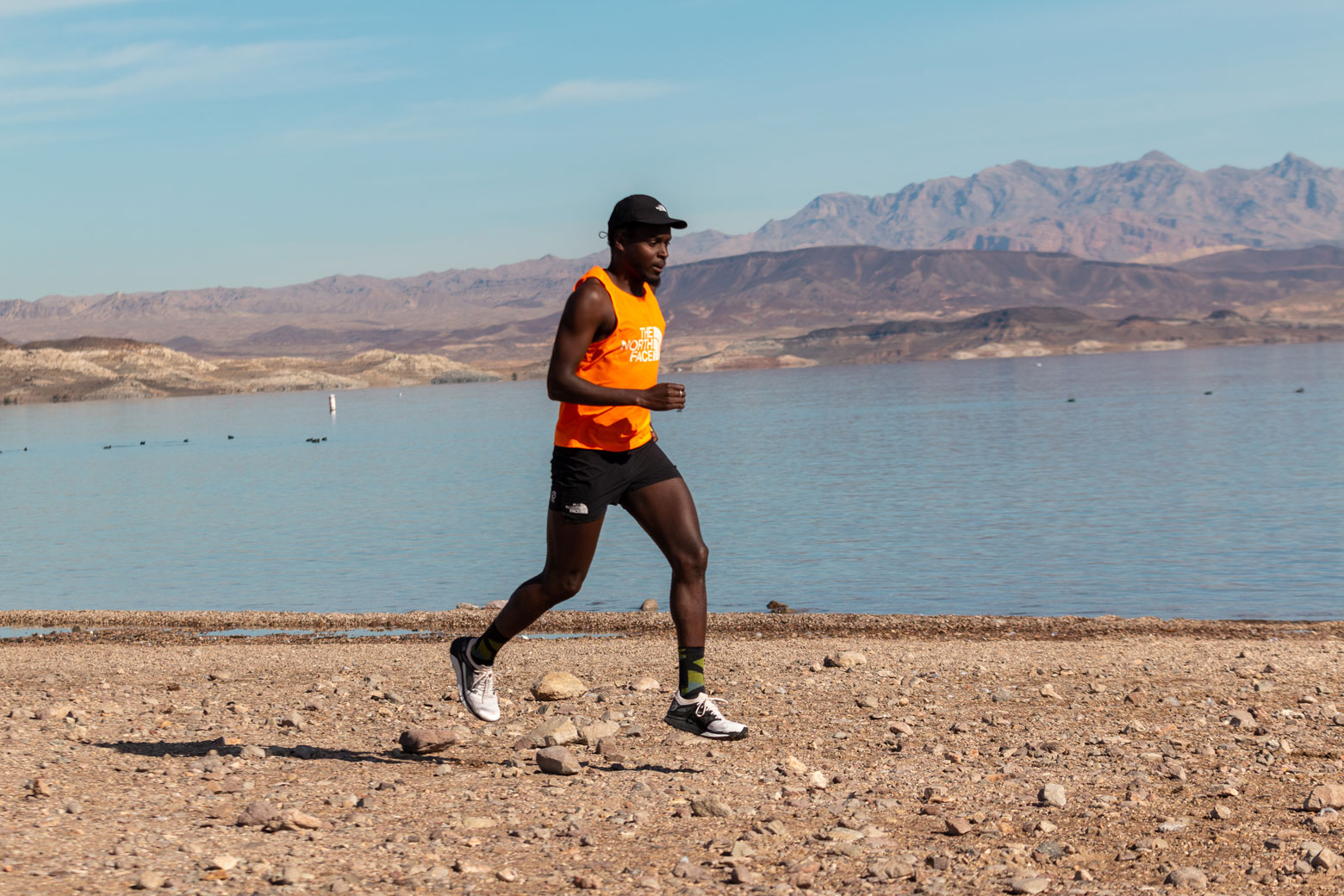 RECOVERY IS THE KEY

Our interview with him came just as he was heading out the door before a big long run — a casual 50k starting with a loop in the Red Rock Canyon National Conservation Area and ending on the Las Vegas Strip.

To help with his recovery, between huge efforts and recovering from illness, Woltering has started dialing in his nutrition and working with InsideTracker. By using science and technology to receive ultra-personalized guidance, he’s able to optimize performance. He said it was interesting for him to see the results of his first test at the end of 2020 as he was coming back to full strength after finishing the Ice Age Trail. Living and spending most of his time in the relatively frigid northeast, Woltering said the biggest red flag that came back in his initial test with InsideTracker was a vitamin D deficiency. Vitamin D helps regulate the neuromuscular system and the immune system, so it was vital for him to get that under control. “I found it really promising that so many of my other biomarkers came back really good,” he said.

For the last few months he’s been taking not only a vitamin D supplement but also focusing on getting more sun. “I like to run midday anyway, so now I have a good reason to,” he laughed. “I make a point to stay outside longer, riding my bike around the neighborhood after workouts.”

Woltering plans to get blood work done quarterly to monitor what’s happening with his body as he continues to push his limits. He’s most interested in his cortisol level readings. Cortisol has a breakdown effect on muscle tissue and is associated with a decrease in muscle growth hormones. Decreasing levels of cortisol helps athletes like Woltering achieve faster tissue growth after intense training sessions.

“I’m curious to see what it will be before and after the AZT. Doing 800 miles will really mess up my body,” he said as he recalled how long it took to recover from his Ice Age run that lasted for over three weeks in June 2020.

“Everything in my body was off for so long. Muscularly I felt fine and my joints felt okay, but I couldn’t sleep for nearly a month. That’s how you know that your body is extremely stressed,” Woltering recalled. “The skin was even falling off my feet.”

With InsideTracker on his side, he now has another avenue to see how the body responds to these massive efforts he continues to pursue.

“You get a lot of runners going into these longer, multi-day attempts that try to run more of it than they need to. The thru-hikers are steady and consistent,” Woltering said, referring to McConaughy’s extensive thru-hiking experience.

Upon arrival in Flagstaff, the trail begins to flatten and there are long downhill sections to the Grand Canyon before dropping into the giant crevice and ascending to the North Rim. The trail levels out from there near the Arizona-Utah border on the Kaibab Plateau approaching northern terminus – a spot where a faster runner like Woltering will could benefit from the flatter terrain during the last miles of a long trail.

While out on the AZT, athletes have to be wary of rattlesnakes, bears and mountain lions, but most should be concerned about the hot weather in the Sonoran Desert which can reach highs topping 100 degrees during the day, with the higher mountain passes at altitude dipping into the low 30s.

And then there’s the water predicament. Some stretches don’t have water sources, and most runners and their pacers are forced to leave as much as six liters of liquid at various locations on the trail — quite the load in hot conditions with steep vertical gain.

Back in June, Woltering didn’t really feel like he got going until day 17 (of 21) during his Ice Age Trail FKT but realizes he won’t have that luxury this time. “We’ll just have to go from the start,” Woltering said. “There’s no making up time at the end.” 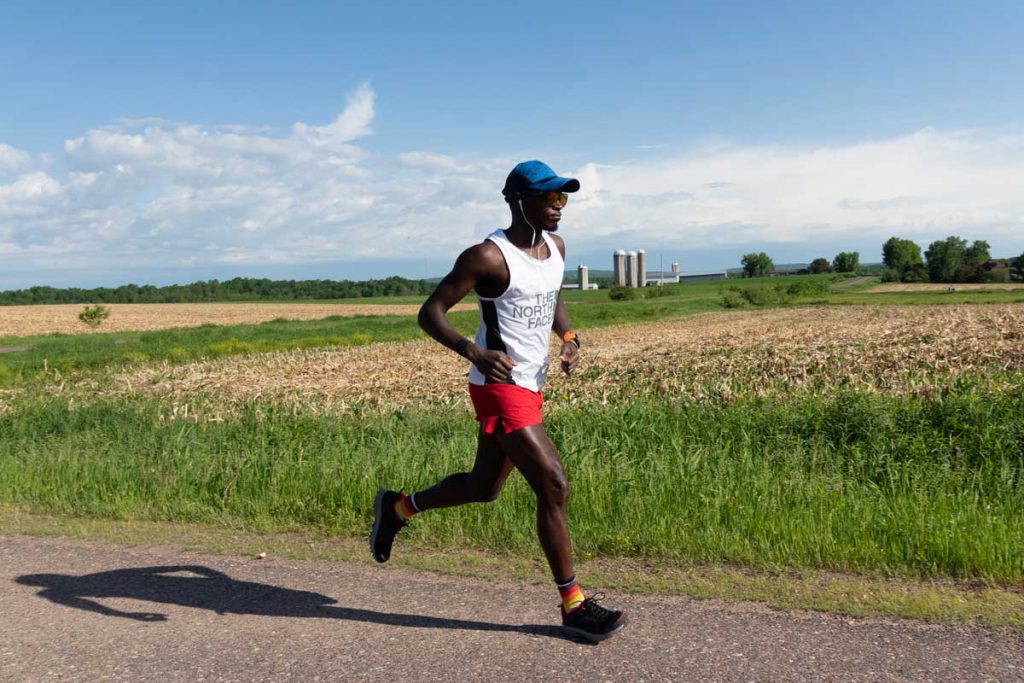 Woltering has done his AZT homework by watching YouTube videos, reading message boards and past FKT reports, and he’ll be watching as McConaughy goes for the attempt over the next couple of weeks. He knows his experience and preparation will only help him in the fall when he stands next to Border Monument 102, the southern terminus of the trail near Hereford, Arizona, (also the Mexican border), and begins the long journey north.