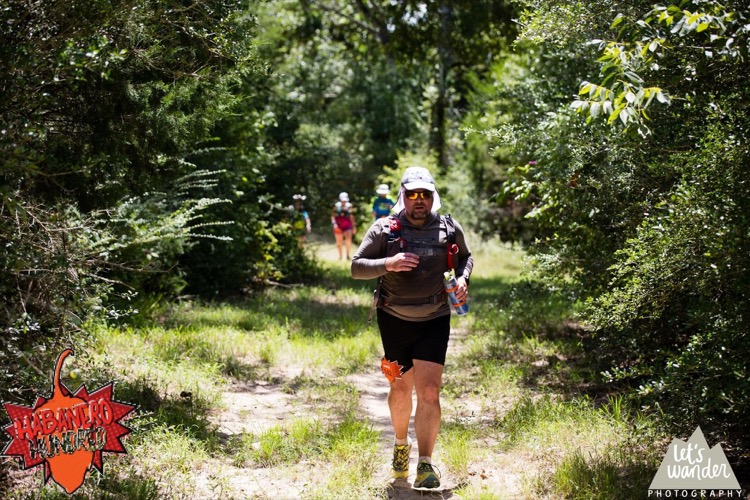 Why I Run Ultras

I DNFd the Paleface Marathon. I told myself it was because I started getting dizzy on the second of two loops and my electrolytes were out of balance again, and both of those are true. But I could have finished. I love trail running. I love marathons and ultra-marathons. My goal is to move from the 50k to a 50-miler, then a 100k, and ultimately, earn a 100-mile finisher buckle. It’s inspiring to read the stories of the trail-running greats, but the fact is that I’m not an elite runner, nor will I ever be. I started running four years ago. I had turned forty, was overweight, bordering on obesity (or already there, according to the BMI index), had a strained relationship with my two sons, and my second marriage was on the rocks. I had to change something. I couldn’t fix my marriage alone, and I came to realize that in my efforts to be loved I had become someone I couldn’t love. I was an accomplished professional with a good job, had earned my doctorate, and I was respected by my peers. But I hated myself.

I have struggled with depression my entire adult life, maybe longer, and it was getting the best of me. A year prior to all this, my eldest son had asked me to train to run a marathon with him. I had dismissed him with the excuse that I wasn’t capable, have never been athletic, and running that far was insane. The truth is, I was waiting for someone to believe I was capable and tell me as much. Getting ready for work one morning, I sat on the edge of the tub to put on my shoes. After bending over to tie them, I sat up and was out of breath. That disgusted me. I had let myself go further down the road of ill health than I thought I had. As that day progressed, I thought back to Lance’s invitation and realized that there was only one person who needed to believe I could accomplish anything of note. And that was me. I don’t know if self doubt comes with depression or if it was just an added bonus, but “I can’t” has been a motto of mine for longer than I can remember.

The first time I ran was a long and very ugly mile. And finishing my first 10k four months later brought me to tears. Another 10 months down the road, I was at mile 24 of my first marathon getting a call from my sister, who was waiting for me at the finish line and said simply “Don’t give up. You can do this.” I found out later that she believed that only when she saw me cross the finish line. The odd thing is that after I collected my finisher medal, put the 26.2 sticker on my car, and collected high-fives and congratulations from my new circle of friends/family in Running 101 in McAllen, Texas, I still didn’t believe it. The tide began to turn a little six weeks later at the Bandera 25K. Several veterans urged me to do the 50K, saying it was easier, but that didn’t compute to me. I found out the hard way that they were right, because Joe Prusaitis, in all his wisdom, routed the 25K course through the toughest climbs of the Hill Country State Natural Area. It was the 2015 race, and it was cold with rain, sleet, and snow. I didn’t have the right gear for cold weather running, so I ran in cheap sweats over my running shorts, hiking socks, an old sweatshirt, and my Old Navy jacket. I had purchased some trail shoes, thankfully. After over six hours of misery, I collected my finisher medal and thought “I didn’t die!” and vowed to come back and do the 50K. I did, a year later, and I am most proud of that finisher medal.

But the self doubt persists. After I DNFd Paleface, I had to reflect. So I did the obvious thing and thought through my physical state and looked at my splits. The first 13.1 miles comprised the strongest I have ever run on trails. My pace was consistent and faster than I thought it had been. But the realization that I was at the back of the pack nagged at me. I’m slow. I know that. I’m okay with that. I am not going to qualify for Boston, and that’s okay. It honestly is. 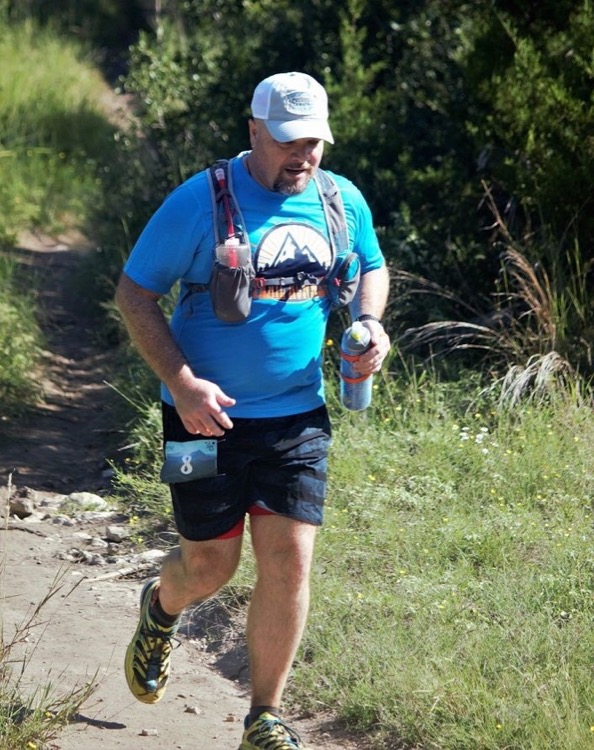 At Paleface Marathon right before the wheels came off.

For me, the idea of running long distances in the middle of nowhere, often ending up all by myself, is both challenging and refreshing. When I am out in the woods/desert/brush all alone and exhausted, I can put aside the worry, anxiety, and catastrophic scenarios that bombard my mind as a result of this dopamine shortage called depression. It’s the only time I don’t worry about my kids, beat myself up over two failed marriages, freak out over money, wonder if I’ll die alone (I know, that’s ironic considering I could take a fall, hit my head, and die alone on the trail…but hey, I signed the waiver that included “death” as a possible outcome to this race), or beat myself up over the thought that I’m a disappointment to my parents, or worse, my Creator. You see, when I’m worn out, in the middle of nowhere, and wanting to quit, I hear the voice of God. And it’s not that “Sinners in the Hands of an Angry God” voice we covered my sophomore year in high school. It’s a still, small voice that says simply, “I’m still here. I haven’t given up on you and I still love you.” I don’t deserve that kind of love and support. I’m very aware of my need for grace. And His reminder reduces me to tears. It also helps me keep going, and I can attribute more than one finish to that encounter.

However, my need for grace running headlong into the reminder of the benevolence of my Creator is not an overly pleasant experience. In fact, it involves admitting to a lot of shame. And like most people, I avoid dealing with shame. At Paleface Marathon, and if I’m honest with myself, last year at Palo Duro 50K, and at Hell’s Hills 50K, I DNFd because I saw it coming. I saw the wall, and the inevitable spiritual moment it entails for me, and I got scared. Yes, I was dizzy, dehydrated, and my ankle hurt, the excuses used at each of those races, respectively, but I could have kept going. And therein lies the hardest part of this sport, the part that I love and hate: the collision of suffering and perseverance, of personal failure and triumph, the realization that there’s more in me than I thought.

Each of us deal with the mental part of this sport differently. Some of us swear. Some of us dig into the memory of hitting rock bottom and choosing to overcome addiction or poor choices. I cry and listen for the voice of God, my higher power.

The best part is the community, the realization at the finish line that there no shame in coming in DFL, simply joy in persevering. I have friends who win, who place, who take home trophies in addition to their finisher medals. But never once have any of them shamed me for bringing home only the finisher medals, dirty shoes, and blisters. And they didn’t shame me when all I brought home was the dirty shoes, blisters, and my own proclivity to beat the crap out of myself for not finishing. They simply challenge me to get out there again and keep going.

Here are a few lessons I learned since Paleface, which resulted in a good finish at the Rawhide Marathon and the Palo Duro Canyon 50K.

To those of you who win, who place, who are insanely fast, I admire you. I look up to Killian Jornet and Karl Meltzer, knowing full well I could never keep up with you. But when you pass me and say “good job,” I am both humbled and honored at your kindness and support. When David passes me and reminds me to keep fueling and stay hydrated, I appreciate the fact that you’re thinking about someone besides yourself, and something besides the first place trophy. My mentors and friends, all of whom outpace me, are always encouraging, always pushing, and reminding me to take pride in what I have accomplished, no matter how slowly. Ben, Joel, Orlando, and so many others…thank you for travelling this journey with me, and allowing me to travel it with you.

And that is what I love about this sport. We’re all chasing down our own demons, but those are never our fellow runners. To those of you at the back of the pack with me, we’ll keep going, one foot in front of the other. We’ll keep asking each other if we’re okay. To the woman who walked the final loop of the Habanero 50K with me, I cannot thank you enough. This community is amazing, and it is where I see the hand of God. “Thank you” is inadequate, but it is all I have to offer you for allowing me to participate. Maybe one day I’ll believe I can do this.

I’m a back-of- the -packer too. I’ll be 65 in a few days. Thanks for the inspiration. I’m encouraged by your story. Many parts of it resonate with me. Your story reminds me to run my own race. Thanks so much. I’ve discovered that when I’m at the back of the pack I get way more “good jobs.”

Wonderful article. You know we’re all different, but we’re all the same. You are both inspiring and offer a reminder as to why we run. Thanks.

Really enjoyed your article. I also ran the Habanero 50k this summer. It was a hot one, indeed!
Keep on keeping on!