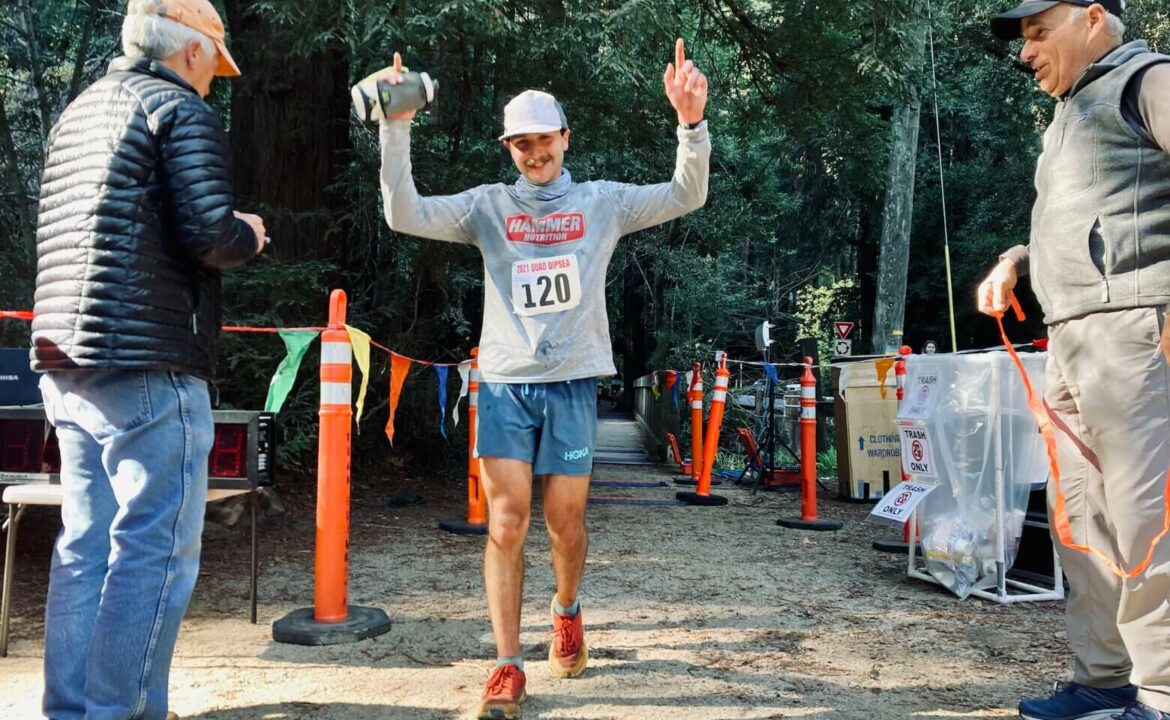 Rod Farvard won the 2021 Quad Dipsea in Mill Valley, California, in the second-fastest time ever. The 39th edition of the race is slated for Saturday, November 26. Photo: Jeffrey Stern

What’s Up in Ultra This Weekend — November 26

The weekend after Thanksgiving is probably the lightest one of the year on our UltraRunning Calendar, with just a baker’s dozen of races. In the Bay Area, the 39th annual Quad Dipsea is surely the highlight of the weekend in North America, followed by the 20th edition of a fast 50k in North Carolina and a collection of those smaller hometown ultras we all love, too.

Last year’s Quad Dipsea, originally founded by “Tropical” John Medinger, saw Rod Farvard run the second-fastest time ever in its 38-year history. This Saturday, November 26 at 7:30 a.m., 365 runners will make the trek from Mill Valley, California, to Stinson Beach and back, over the historic Dipsea Trail—twice. In just 28 miles, participants will collect 9,000 feet of ascent and descent in an attempt to burn off their Thanksgiving feasts. The runner-up from last year, Nick Handel of San Francisco, will be eyeing the top spot on the podium for the men, and Leah Yingling of Salt Lake City, Utah, who placed sixth at Western States in June, should be leading the charge for the women. The weather forecast is calling for cloudy skies with highs in the mid 60 and lows in the low 40s.

In Ellerbe, North Carolina, The Derby 50k is entering its 20th year, and is also on Saturday, November 26. The course consists of three loops of rolling hills in a beautiful country setting with a mix of asphalt and dirt sections. This is a great event for those looking to complete their first ultra as there is no cut-off. Race director Mark Long says, “Derby Road is in the middle of nowhere, but travelers use it to get somewhere.” There’s a 30% chance of rain with highs in the mid 60s and lows in the mid 40s. Registration is full.

The Squatchy Leftovers Trail Race 50k in West Orange, New Jersey, is a race worth checking out on Saturday, November 26 if you’re in the northeastern part of the country. Taking place at the 2,110-acre South Mountain Reservation, a nature reserve on the Rahway River that is part of the Essex County Park System, this race has partnered with Operation Chillout to use race proceeds to purchase warm clothing for homeless Veterans in New Jersey. The race is sold out. Weather on Saturday is calling for highs in the low 50s and lows in the low 40s.

Other races on Saturday are the Ghost of Seattle Marathon 50k in Washington, Sunset 6/12/24-Hour Endurance Run in Benton, Arkansas, the Oxbow Ultra 6/12/24-Hour in St. Paul, Virginia, The Stuffed Turkey Endurance Races 30/50/100-milers in Granger, Iowa, the Bosque Bigfoot Trail Runs 50k in Albuquerque, New Mexico, the Tooele Turkey Trail Trot 8-Hour in Ophir, Utah, the SISU 24-Hour and 100-miler in Monrovia, California, the Get Outside 8-Hour in Smithfield, Virginia, and the Transbajaultra 50k/50-mile in Todos Santos, Mexico. On Sunday, November 27, there’s the Fountain City 50k in Columbus, Georgia.

What’s Up in Ultra on your calendar that we omitted? Be sure to let us know, but most importantly, have a terrific Thanksgiving wherever you are and watch for our Ultra Weekend Recap on Sunday for all the results from the weekend’s festivities.