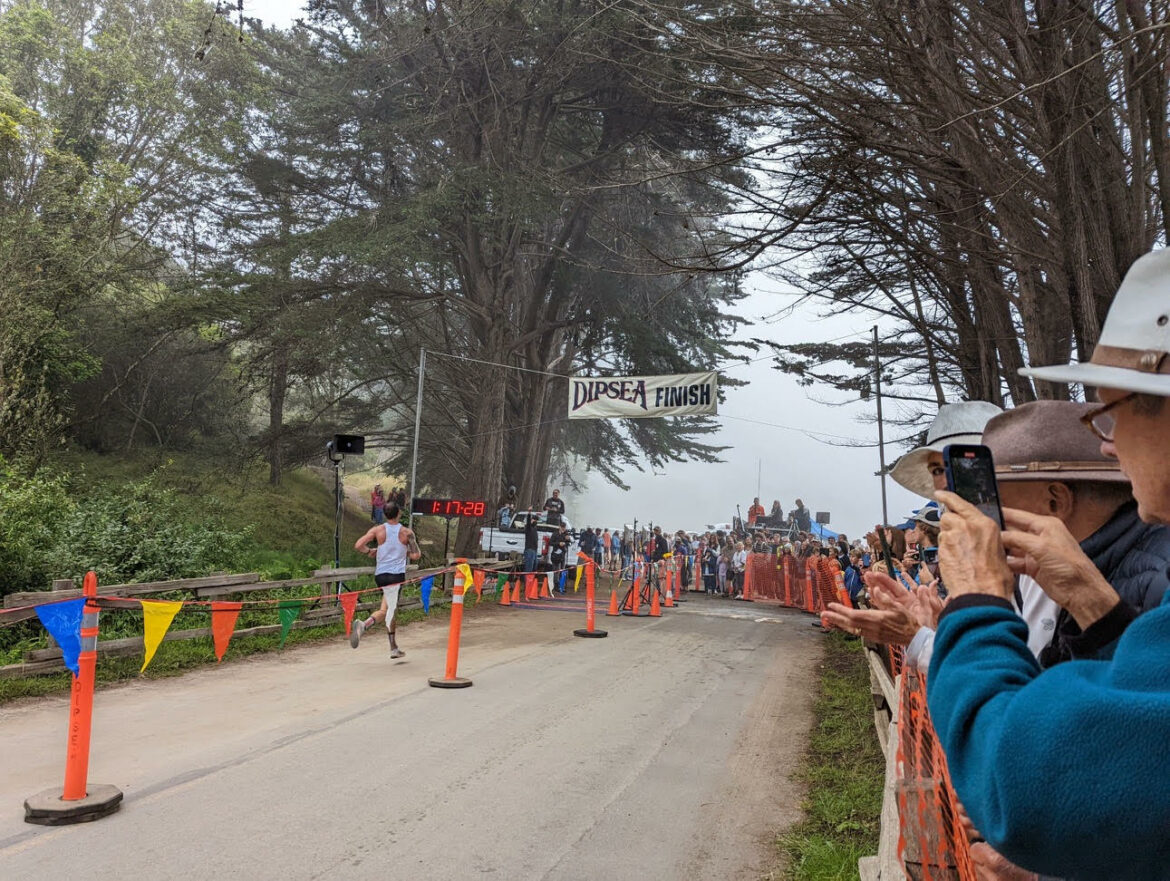 In 1905, 16 years prior to the first Comrades Marathon, the world’s oldest organized ultramarathon, the Dipsea Race officially began. While there are a number of prestigious road races with even more history— the Boston Marathon comes to mind—the legacies of trail and ultrarunning are intrinsically tied.

I’m certainly not proclaiming that Comrades and the 7.4-mile Dipsea are in any way connected, but I will say that chasing a Dipsea finish across the hallowed Mount Tamalpais in Marin County, California, is very much akin to running an ultramarathon.

The infamous steps, three flights in all, somewhere around 676 in total, perhaps a few more or maybe less, stare runners down at the start like the mountain that they are, especially considering the cumulative 2,200 feet of elevation gain and loss. Just like the beginning of an ultra, questions can overwhelm the psyche: What’s the best pacing strategy? Run them all or hike parts for efficiency’s sake and save energy for later stages?

To each their own, but generally speaking, a bit of patience pays dividends for those running Dipsea (or an ultra) looking for a steady build and fast finish towards the end.

Last weekend I ran a 14-year personal best up the Dipsea steps in pursuit of a grandiose goal, chasing friends and fellow ultrarunners, Paddy O’Leary and Alex Varner. I paid the price dearly. 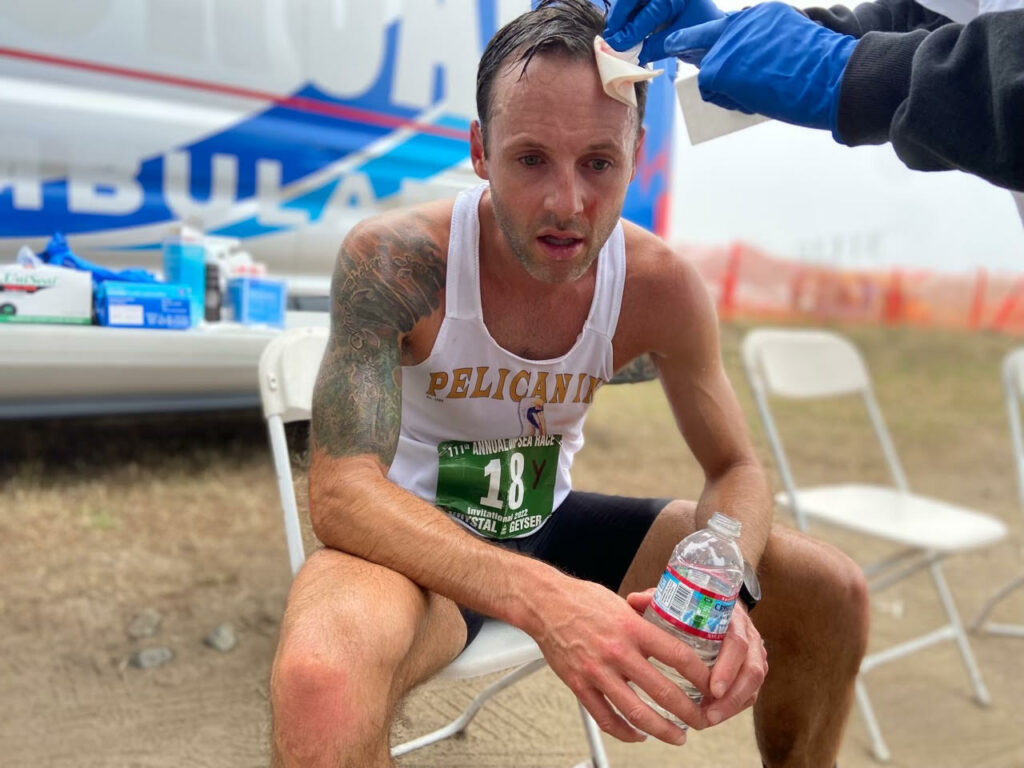 At the first false summit, I had that feeling that many are likely familiar with. The lactate in my legs was omnipresent and not flushing at the pace I would have liked in order to accelerate my tempo up to the true first summit of the race.

Rebounding in an ultra from going out too hard is plausible, depending on many circumstances, but it’s not an easy undertaking. To expand on an old saying that holds true for both ultras and the Dipsea, “The race is not won in the first mile, or first 10, but can certainly be lost.”

Now, this isn’t to say that my race was over. It also doesn’t mean that your next ultra is canned by going out too hard in that first hour or so, but I had put myself in a predictable pickle. I should have known better, but it was time to problem solve and pull myself away from the dark depths. The next step was to hover slightly below “riding the line” in order to recover enough, while still moving through a mass of runners that had started before me (see the Dipsea Rules to understand the handicap element of this race.)

As is typical in most ultras, as well as the Dipsea, there will be a portion of the race considered to be marginally easier. I was grateful that this time was near and while short and sweet, it was thoroughly welcomed. Collecting my thoughts, calming my mind and preparing for the crux of the course was next on the table. 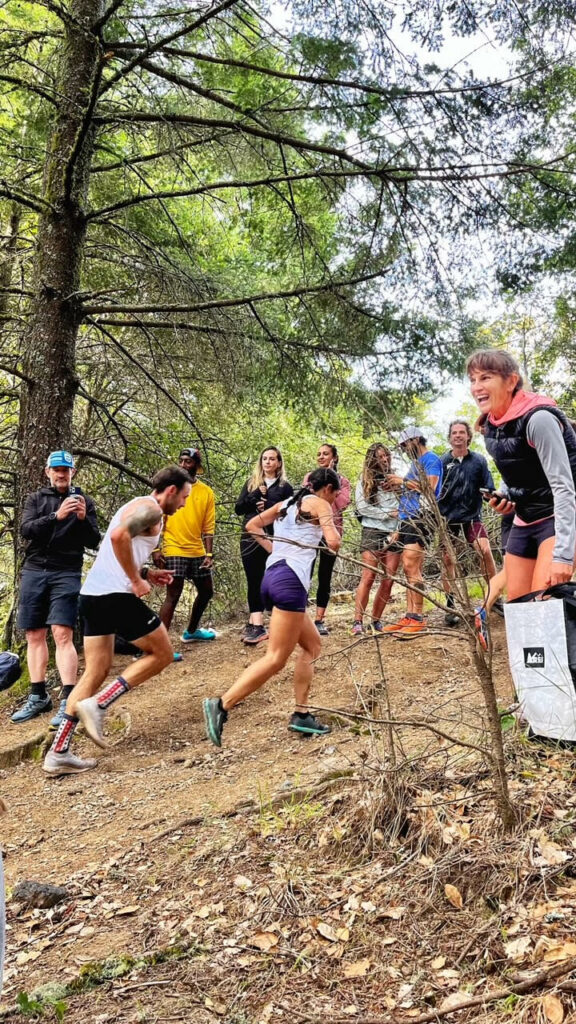 Much like that of an ultramarathon, the hardest of the climbs often comes next. This is where you find out what you really have on the day—it’s the time when the dust settles, and the race is truly won or lost.

The ultimate race winner flew past me and my 33 to 41-year-old comrades, and slowly pulled away into the distance (again, refer back to the age handicap element of the race). I dug as deep as I could and continued to move past the hordes of runners that began before me. It wasn’t the day I’d hoped and dreamed for, but I continued to grind. Just as any ultrarunner would on the final climb to the peak: never give up.

Alas, there was the fast and furious descent to the finish, as well as the sweet smell of the BBQ picnic and thoughts of refreshing beverages. The gravitational pull toward the line of a 7-miler or 77-miler feels eerily similar when wringing yourself dry of any remaining effort in the final miles: the elation, blood, sweat and tears. The differences are scant, save maybe for a few extra food wrappers in your pockets after an ultra.

Both races have the feverish crowds: family, friends, volunteers and strangers to befriend. The shared joy and feeling of accomplishment amongst all are indistinguishable. Race stories and anecdotes are equally lengthy, first shared throughout the afternoon and into the evening, then in the weeks that follow and months leading up to the next edition. 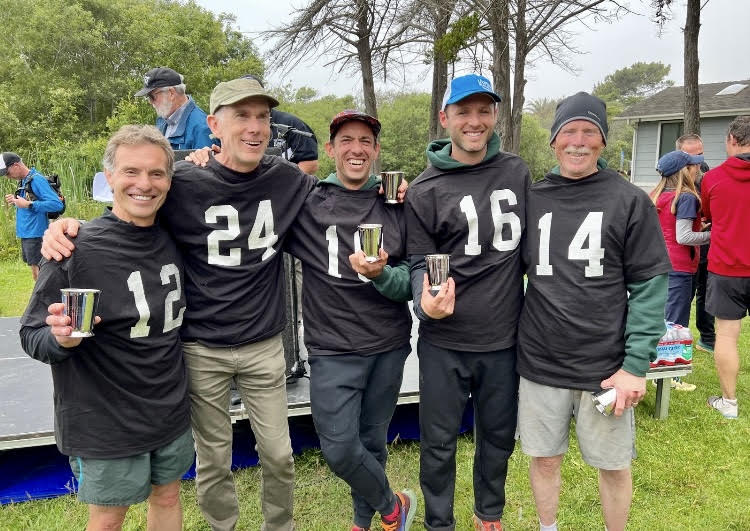 So there you have it, the Dipsea Race, or any trail race for that matter, is really just about an hour-long ultra. If you can run an ultra, you can run the Dipsea and of course, vice-versa. There’s even quite a collection of runners known to have success at the Dipsea Race on the second Sunday of each June, and follow it up with solid finishes at the Western States Endurance Run just a few weeks later. President of the Western States board, Diana Fitzpatrick, won the 2014 Dipsea Race and finished Western States as the 15th woman just 20 days later at the age of 56. The aforementioned Varner finished fourth at that same Dipsea Race and then seventh overall in the same 100-miler as Fitzpatrick.

Many veterans found in the middle of where the trail and ultrarunning worlds collide, often say that the Quad Dipsea (four lengths of the Dipsea Race course) or Western States is easier than a single, all-out attempt at the country’s oldest trail race. Go figure. Don’t get me wrong, there are many differences, but maybe that’s another piece for some other time.

I’d persist though, that the Dipsea Race is like the shortest ultramarathon you’ll ever run, but still so very long with plenty of time to fall, get back up again, finish what you start and collect a lifetime’s worth of memories to share, just as you would at an ultra.

Author’s Note: Fittingly enough, in the 111th edition of the Dipsea Race on Sunday, June 12, 2022, I was passed mere moments before the finish by a 19-year-old collegiate cross-country and track and field runner from Portland, and ultimately finished in 16th place.

Interesting that you are calling the Classic Dipsea Race an ultramarathon. I live in the Bay Area and grew up in Marin County, so I know that race well from my brother running it every year. While I never got through the lottery to run the Classic Dipsea, I did run the Double Dipsea that was done by the Dolphin South End Runners Club. Running the Dipsea backwards from Stinson Beach and then returning from Mill Valley back to Stinson Beach. Fourteen miles that feels more like a marathon and I’m a veteran marathon runner and ultramarathon runner.

Nicely told, Jeffrey! I’ll share this account around and see if we can grow our little band of out-of-towners a bit more next year.

Thanks Tom! Great to meet you out there…See you next year.

I roll with you Jeffery !
Telling such a story within a story
The ” Dipsea ” No Race Like It ❤️