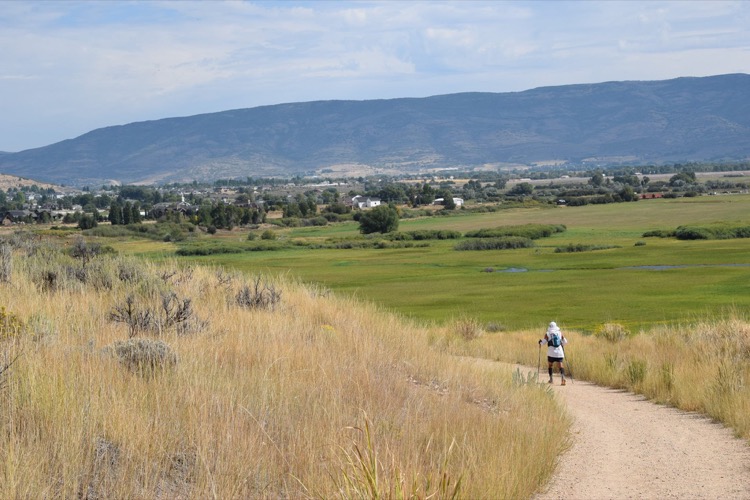 Wasatch Front: Getting Tougher Every Year

The course this year was identical to the 2017 course, but there were two factors that made the run more difficult than last year: insects and weather. The yellow jacket wasps were out, with some runners getting stung in Bair Canyon, Lambs, Pot Hollow and in other places along the course. Also, the afternoon temperatures were higher than usual, and that certainly stressed the runners during the hotter times of the day.

THE MEN’S RACE
This year’s men’s first place finisher was Jesse Rich (a first time Wasatch 100 runner) with a time of 21:07:17. The second place finisher was Matthew Van Horn (finishing his fifth Wasatch 100) in a time of 22:21:24. Matthew is the perfect example of strong, consistent strength. He left Lambs in 16th place. He wasn’t even in fifth place until out of Ant Knolls. Then, as each aid station rolled by, Pole Line Pass, Rock Springs, and finally Pot Hollow, Matt advanced until by Pot Hollow he was in second place, which he held to the finish.

In third place was Brian Robbins (his first Wasatch 100) in a time of 22:30:05. Leaving Alexander Ridge, Brian was in 16th place, but apparently, he and Matthew were taking pages from the same book: steady and controlled advancement. 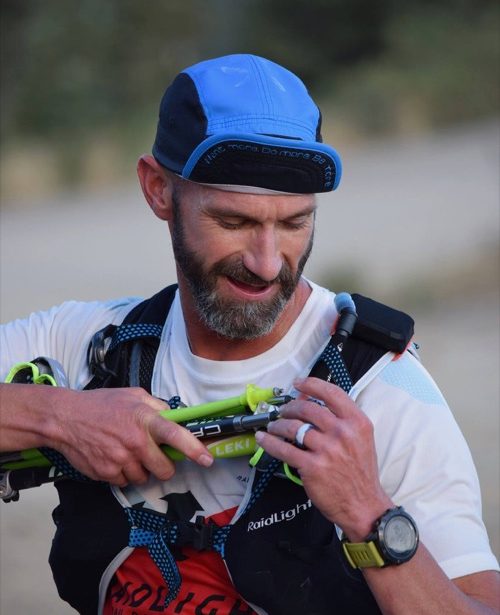 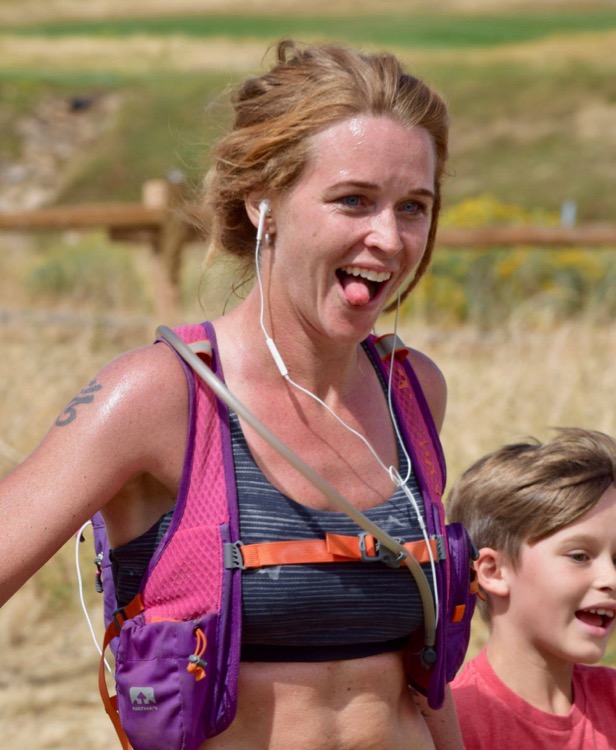 THE WOMEN’S RACE
The first place female finisher was Rebecca Hall (her first Wasatch 100), who finished with a time of 26:46:05. What a day for Hall! She had a battle on her hands from the start. Hall was chasing Rebecca Rick all the way to Pot Hollow (that’s 85 miles!), and not more than 20 minutes apart for the entire 100 miles. It was an incredible show of determination and perseverance.

In third place was Jennifer Lambert (also her first Wasatch 100) with a time of 27:17:22. Unlike the first two finishers, Jennifer was in 16th place at Swallow Rocks. Jennifer only entered the top five position at Ant Knolls, was fourth place into Pole Line, Rock Springs and Pot Hollow, and took and maintained third place through Staton and Decker aid stations.

In those 31 minutes, no other runners came across the finish line except the top three women. What a sight! Ultrarunning at its best.

Congratulations to Tim Seminoff and Jeffrey Holdaway, who successfully completed their twentieth finish at Wasatch. That’s a lot of Wasatch 100s to run. 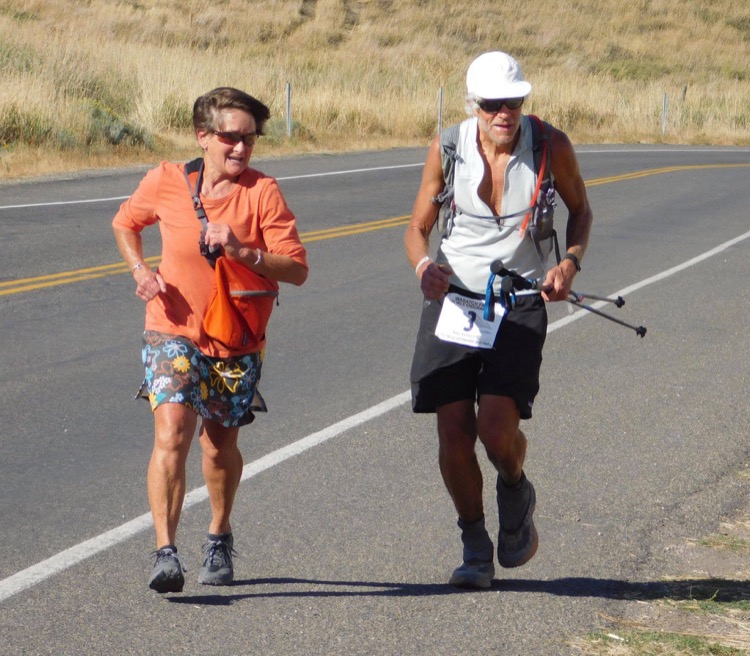 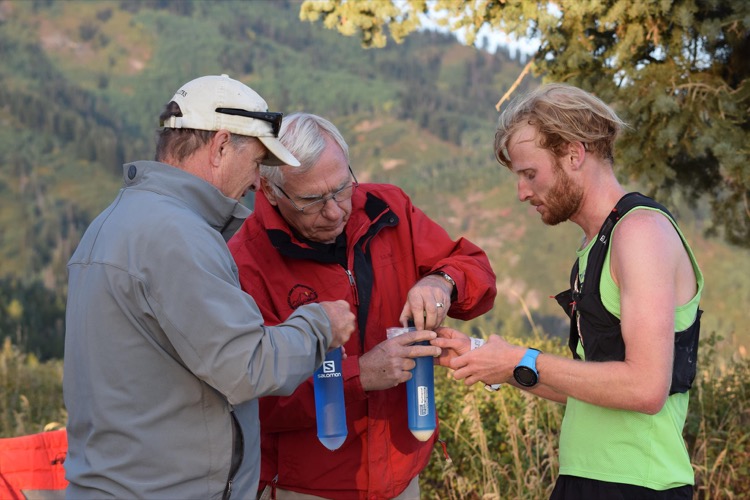 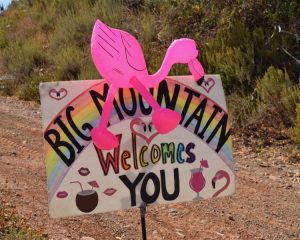 Corey, as the aid station captain, and her family and friends have set up and run the Alexander Ridge aid station since the late 1980s. This is a critical point in the run because it’s the time of day when temperatures are the hottest, and the exposure to the sun is greatest. At 40 miles, it becomes a key aid station for helping struggling runners continue on to finish.

Never one to simply provide great aid, food and warm greetings, Corey ran a festival of color, activity and celebration. This year, her theme was a MASH unit providing aid. With olive green t-shirts, military themes and dog tags on all the crew, runners were welcomed to a loosely themed army party. There was a wading pool, too. Every year has been such a production. One year, the volunteers were in scrubs, surgical gloves, face masks and a huge sign above the aid station (with first aid crosses) proclaiming, “IF YOU HAVE THE RUNS, WE CAN HELP!”

Corey truly understood the philosophy and spirit of Wasatch: to make it fun and safe, and help every runner have a chance to finish.