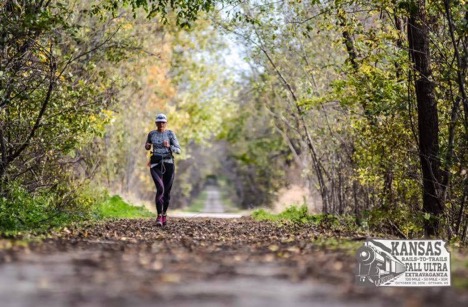 To Care and Not to Care

I recently spoke with an athlete I coach after she completed a 100-mile trail race. Patsy Ramirez Arroyo had just run three hours faster than she had ever run 100 miles and she was already a strong 100-mile runner. In fact, she won the race where she had set her previous best of 22:10.

However, this particular post-race discussion was different than most. What set this particular conversation apart is that Patsy was not in front of her computer poring over the splits from the race. In fact, we didn’t speak much about her race. Patsy was at a sporting goods store looking for water purifying tablets – not for her next epic adventure, but to bring back to her family, friends, and community in Puerto Rico who have been without clean drinking water, electricity, food, fuel, telephone and Internet services for over a month.

We spoke only briefly about the race and the fact that she decided at the last minute to do the race when she learned she could get one of the few flights off the Island so that she could catch up on work with reliable wifi. Patsy had planned to run a 100-mile race a month before, but her flight off the Island was cancelled as one of two hurricanes approached. Patsy’s training over the next month was not structured or formal. We had limited ability to communicate and her health and safety were more important than logging miles, so the plan was to simply run when she could. And run she did. When Patsy ran, she ran with purpose. Patsy used her strength and stamina to run over downed trees and power poles to and from the homes of friends and elderly loved ones to check in on and care for them. She had no other means of reaching them. Roads were impassable and there was no telephone service.

When Patsy arrived in Illinois for business (and a 100-miler on the side) a month later, she was tired, worn down, and unsure of her endurance capacity. The few words of wisdom I could impart before the race were that compared to what she had been through, the 100-miler would be easy – there would be reliable water, food, cell service, and even back-up batteries for her headlamp. The result: a sub-20-hour 100-mile finish and a 3-hour personal best of 19:15.

Patsy feels that by deciding at the last minute to do the Hennepin Hundred, she didn’t have time to plan or worry about pace, splits or outcomes. All she had to think about was running. She simplified her race plan, as she had her life, to the essentials: eat, sleep, run for others, repeat. 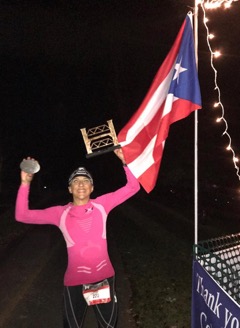 Patsy recognizes that she is fortunate to have the means and the opportunity to leave the Island while others are still without food, water, fuel and electricity. She says that knowledge helped her focus on moving forward for her people. She recognized that if she didn’t leave to catch up on work that her ability to contribute at home where she is a board member of the Puerto Rico Food Bank, would have diminished. Patsy used the opportunity while on the Mainland to pick up supplies for her community and to connect with people of influence to encourage them to support the relief efforts back home. Simply put, Patsy learned that by caring about others and forgetting to care about the outcome of her race she not only arrived fit to run her best, she was able to run almost effortlessly.

Patsy recounted that as she ran from aid station to aid station that she was well ahead of any previous race pace, but didn’t feel like she could run any slower. She just kept feeling better and better.

T.S. Eliot wrote briefly about this concept in the poem, “Ash Wednesday,” written in the form of a prayer. The petition of the believer was simply, “Teach us to care and not to care.”

Because Patsy’s focus in training and racing was not on the numbers, the splits or the race plan, but rather on the health and well-being of others, she surpassed previously held notions of her own personal limits. Because she knew that as the only woman from Puerto Rico to have ever run 100 miles, that she could inspire her people to endure and come together, Patsy was able to run better than ever.

What can we learn from Patsy’s experience? Care less about planning our lives and more about the people in our lives. If we are going to focus on something, focus on those things which are existential over preferential. If we are going to run (and call it existential), run with purpose and ideally with the intent to better the lives of others. When we learn to do this, we will find greater meaning and fulfillment and may even reach new heights in our personal performances.

Jacob Puzey is a multiple-time national champion and world record setting runner who coaches athletes from all over the world – of all ages, abilities, and ambitions – to reach new peaks in their running performance at http://www.peakrunperformance.com/