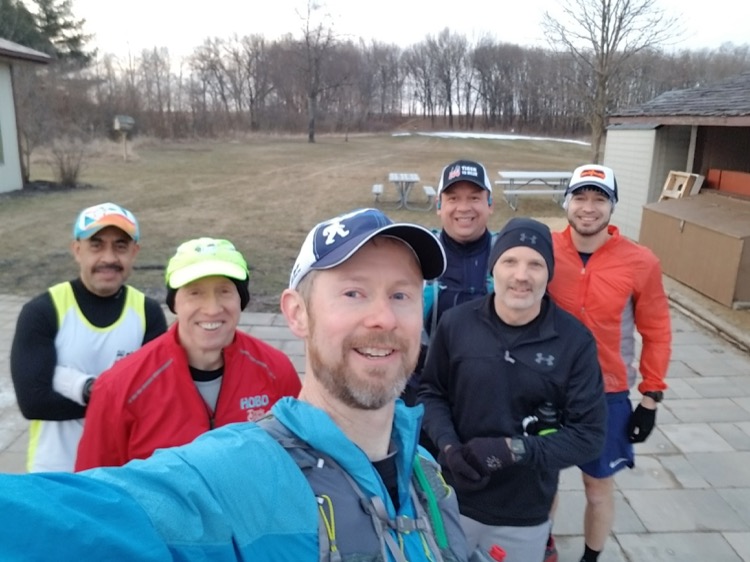 Chris and his friends at the Tiger 50 Miler. Photo courtesy Chris Remhoff.

I signed up for the Chattanooga 50-miler in May as soon as registration opened. The race is 800 miles from my home in Northern Illinois, and the thought of escaping from our frozen tundra in March was part of the allure. My wife and I looked at the calendar and thought that the race wouldn’t conflict with our younger son’s club wrestling schedule. Of course, we were wrong.

We have two boys, both who’ve wrestled, and it’s a big part of our winter. After the wrestling season started and I looked at the calendar, I knew a conflict was possible. I kept training like I’d be travelling to Chattanooga in case my son got injured (like last year’s stress fracture), or if he lost at regionals. Thankfully, he was healthy and victorious and there was no way I was going to miss him compete even though it meant a DNS at a race I was really looking forward to.

I quickly needed a back-up plan. We have some good trails nearby, and being close to home would make the logistics of an impromptu 50-miler less daunting. I finally decided on five loops of the Tiger 10-miler Trail Race course in the Byron Forest Preserve. Given that I’m the assistant race director, I know the trails like the back of my hand. 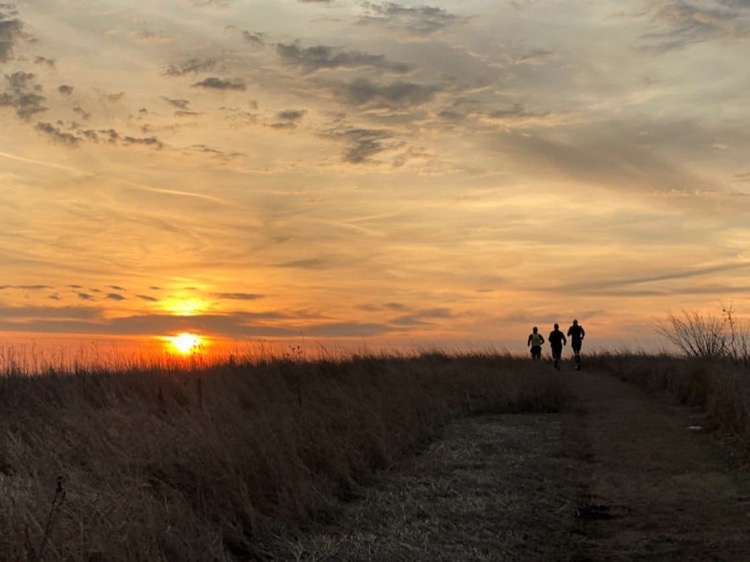 As soon as the sun came up, a few friends came with me to start the first 10-mile loop. Catching up on family, races we planned to run and general trail talk made those first two loops fly by. Of course, since my friends weren’t running 50 miles, I kept a pace that I would soon regret.

When we ran back to the shelter that served as the start/finish and aid station, I refueled, ate and was joined by another friend for my third loop. It was a beautiful late winter/early spring day with full sun, warming temps but some aggressive 25 mph winds from the south. Running up any small rise into the wind felt doubly hard and more walking ensued.

Around lunch, my wife Terry joined the fun and finished loop three with us. My buddy left, I re-stocked and started loop four before my brain had time to convince me a 50k was almost as good as 50 miles. Terry and I chatted about our boys, plans for the coming week and lamented that the wind seemed to be getting stronger. I was slowing not just on the hills but the straightaways, too. Running to the finish of loop four, I saw two people waiting for me. 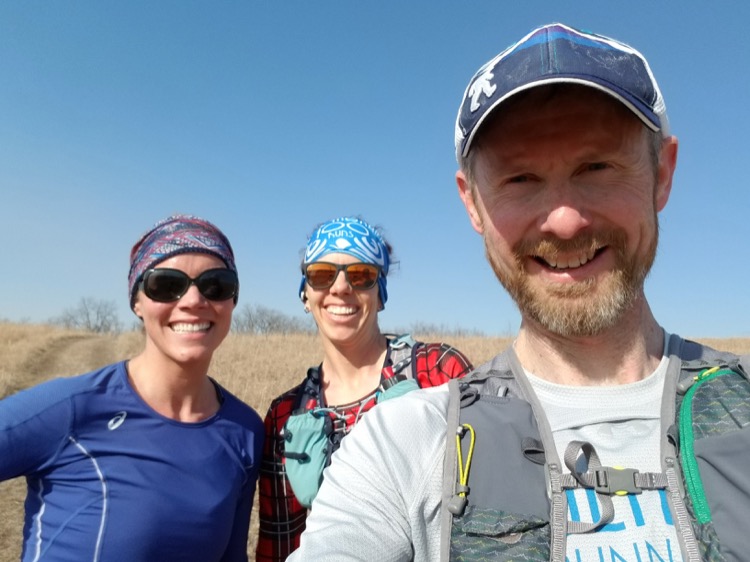 Chris with his crew at the Tiger 50 Miler. Photo courtesy Chris Remhoff.

My friend Kevin, who had been there at the start, came back to see how I was doing and offered up more cookies. My friend Jeri was there to run the last loop with me. I kissed my wife and said goodbye, and she made Jeri promise to not let me lay down on the trail in the warm sun and take a nap, much to my chagrin.

On the last lap, Jeri and I chatted about her upcoming marathon and her interest in tackling her first 50k. I dug deep to run as much as I could on the flats and downhills, but it’s just not the same without a bib on.

The last miles were slow but very rewarding as I finished the day with a new distance personal best of 51.4 miles in 10:26 with over 4,000 feet of gain. I thanked Jeri and sat down, while dreaming of all the pizza I would eat later.

Later that night, I reflected on the fact that life is busy, but that’s not an excuse when you have goals to achieve. I didn’t let my son’s schedule provide an excuse for not running—I found another way.

Great story Chris! Love the persistence and ingenuity in getting your goal race completed…one way or another!

My favorite part is the picture with the sun coming up and three solitary figures. Classic.